Following reports late last year that Nintendo was pushing the Nintendo Switch Online service to sometime in “fall 2018,” the company has now announced just when we’ll be able to pay for a better online experience!

The Nintendo Switch paid online service will roll out in September 2018! This was announced by the official Nintendo Twitter account.

If you want/need more info regarding the Nintendo Switch paid online service — and I don’t blame you — we’re here to shed some light on it.

Pricing will be $3.99 for one month, $7.99 for three months, and $19.99 for a full 12-month membership. Paying members will get to download a compilation of classic titles with online play like Super Mario Bros. 3, Balloon Fight and more.  You can check out the comparison of the paid and free online versions below. 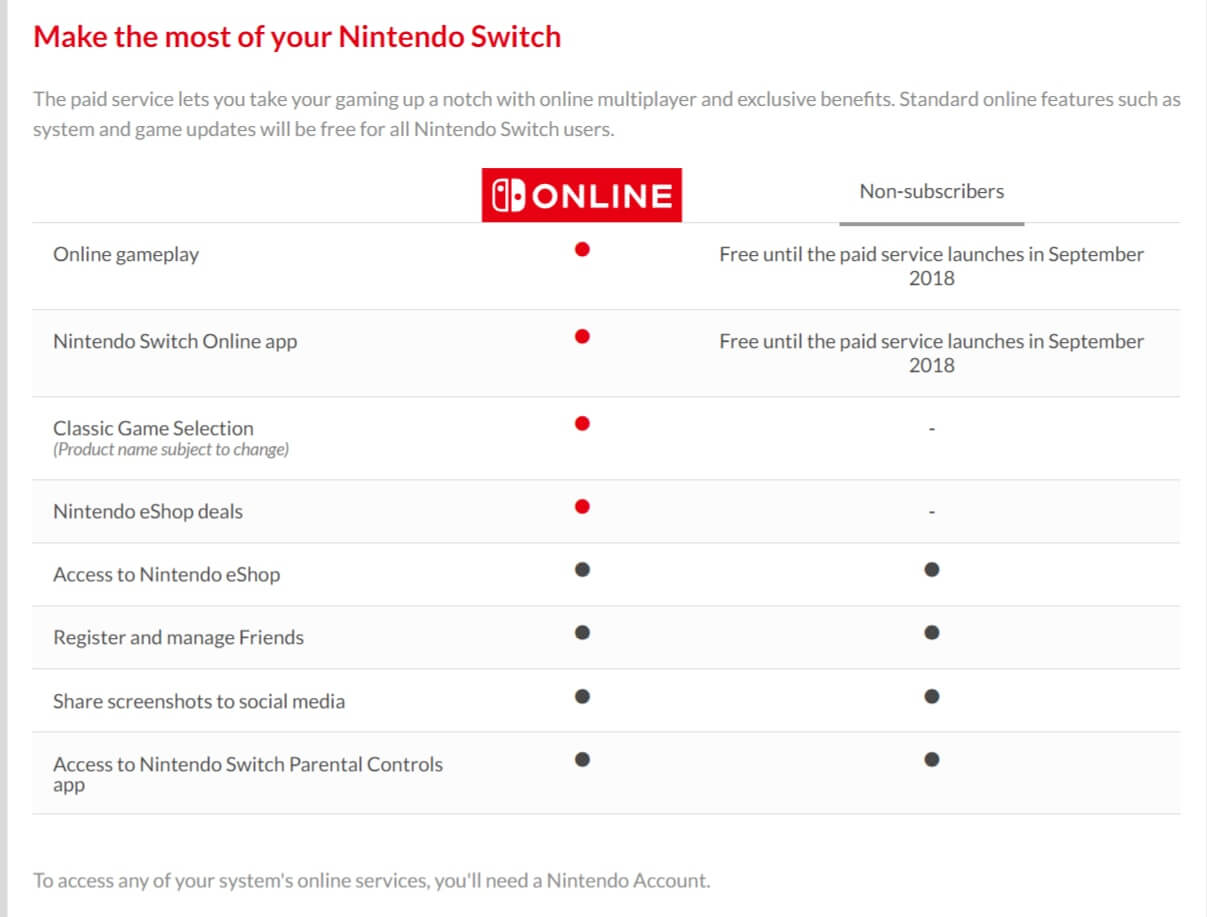 For those who would rather not pay, don’t forget that what we have now is just a free trial period, and according to Nintendo’s own words, “most games will require a paid online service subscription from Nintendo to play online.”

You can read up on more details about the premium online service from Nintendo’s site.

While it’s significantly cheaper than paying for PlayStation Plus and Xbox Live, it seems the service is more bare bones as well. Of course, if you love gaming on the Switch, this is a no-brainer purchase.

Mario Movie Made in Partnership With Illumination, Mario Kart Tour Coming to Mobile