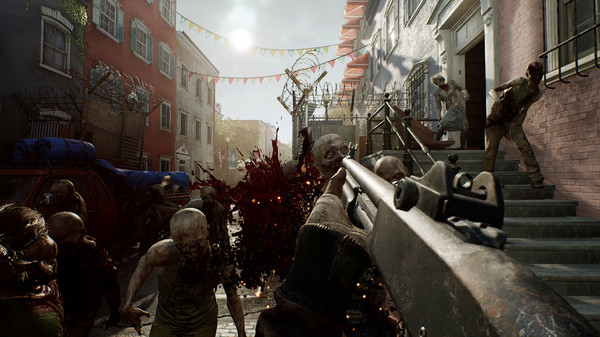 It seems, it’s a bigger bust than we thought, as the game’s publisher, Starbreeze Publishing, has now released a new report stating that the game under-performed, and that the publisher is now reducing costs due to the high financial risk it took for the game.

Here’s what Starbreeze CFO Sebastian Ahkskog had to say:

“We will not be able to recognize the license fee from 505 Games for Overkill’s The Walking Dead as revenue until after the end of the fourth quarter, while initial sales revenues from the game are lower than expected. This will have negative impact on fourth-quarter earnings, but our target of positive EBITDA for Q4 stands.”

Initial sales revenues for The Walking Dead game are lower than forecasted, with Starbreeze stating that it’s because “the share of sales in low-price countries, such as China and Russia, is significantly higher than expected. ”

Starbreeze Chairman Michael Hjorth does mention that the game has a “pulse of concurrent players” which is important to the game’s future.

“This is disappointing, of course, but we have a base to work with in regards to the number of games sold. We have a pulse of concurrent players, which is essential to future performance within the framework of our Games as a Service concept. The team is working at full capacity to deliver improvements to the game and new content, and Season 2 will be starting soon.”

With this unfortunate news, Starbreeze is now commencing a project to “review operations” and has started a program “reduce costs and sharpen focus on core business,” which are internal and external development. These steps are expected to generate significant cost savings during the full year 2019 compared to 2018.

Are you surprised at all by this news? Should Starbreeze just cancelled the game after being MIA for a few years before being abruptly released this month?