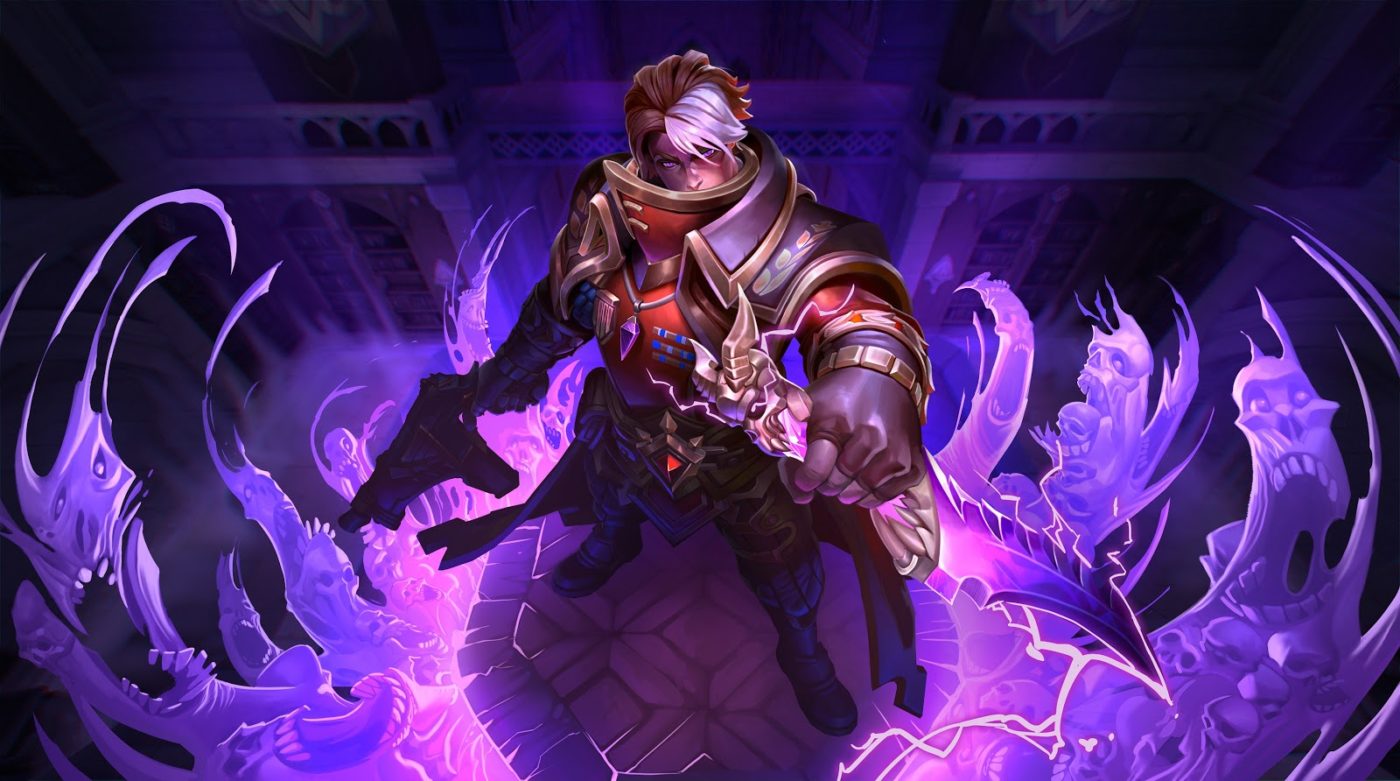 Hi-Rez is introducing a new champion to Paladins with Corvus via a new patch and it’s live now. Called the Darkness & Dragons update, console gamers will see this as Paladins update 2.17! As one might expect, there’s a new champion, gameplay fixes and more.

An automatic Machine Pistol worthy of an officer of the Magistrate. Deals 70 damage every 0.07s, has a maximum Ammo count of 50, and is fully effective up to 110 units.

Target an Ally who is to be Marked by fate. This ability can be used through walls. Can only Mark 1 ally at a time. Has a range of 250 units.

Project a manifestation of your will forward, Piercing enemies and stopping on collision with the environment or after traveling 150 units. Deals 400 damage and Slows enemies hit by 35% for 1.5s. Can reactivate to teleport during flight and for 3s after stopping.

Focus your will with an iron grip to channel the dark secrets of the Abyss. Rise up into the air and gain the ability to call down an Abyssal strike that damages and Slows enemies in an area. Can be reactivated to cancel.

With this visual update we wanted to really play up the “Magistrate” in Magistrate’s Archives. The pastel blues and light hearted feel of the original never really felt like it belonged to the magistrate. With the introduction of Corvus as a prominent figure of the Magistrate we wanted to give the Archives a serious facelift and position it as Corvus’ personal study.

We’ve included brand new statues of both Karne and Valera, as allegiances shifted, over time, Valera’s statue has fallen into disrepair while Karne’s has been well cared for to this day. Throughout the level, though most prominently at the center of the map, we’ve included evidence of Corvus’ obsession with the Abyss and the power it represents. We hope players will enjoy this upgrade in visual quality as well as the lore we’ve done our best to inject into the level.

User Interface Updates
We have updated various minor UI elements across game menus. These UI elements were out of date and did not match our current UI.

For the full list of cosmetics and PTS changes, head on over here.