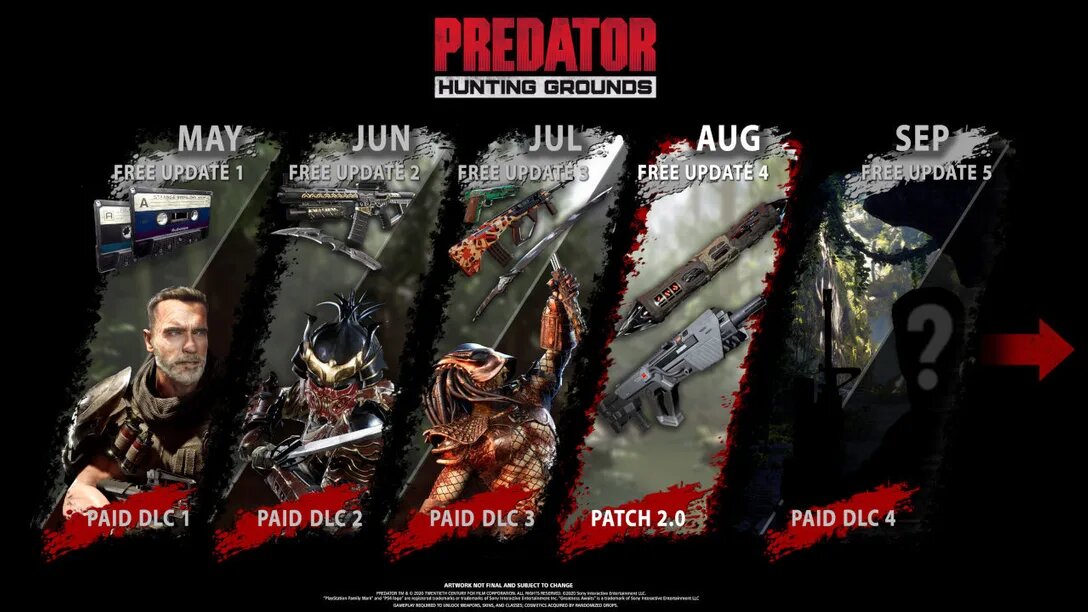 On August 28, the studio will drop what it calls the “2.0 Patch” which will feature quality of life bug fixes and of course, crossplay support. There will also be new in-game cosmetics available as well, though for a fee, of course.

We want to thank the community for their patience and support while we waded through the technical needs to make this happen. In addition, like every free update there are some great in-game items coming too. The Classic Combistick and Wrist Launcher from the City Hunter content is now unlockable to everyone; there is a large Fireteam Supply Drop including the OWLF Assault Rifle, the Anti-Cloaking Grenade, UAV Scanner, and the Self Revive Syrette; and a Field Locker Update with 3 new Predator Masks, a new Fireteam Ballistic Mask, and other new tints and shaders.*

For those looking forward to new modes and maps, Illfonic has confirmed we’ll see that in the September update! Both will, of course, be free.

Once the update is out, we’ll let our readers know ASAP.