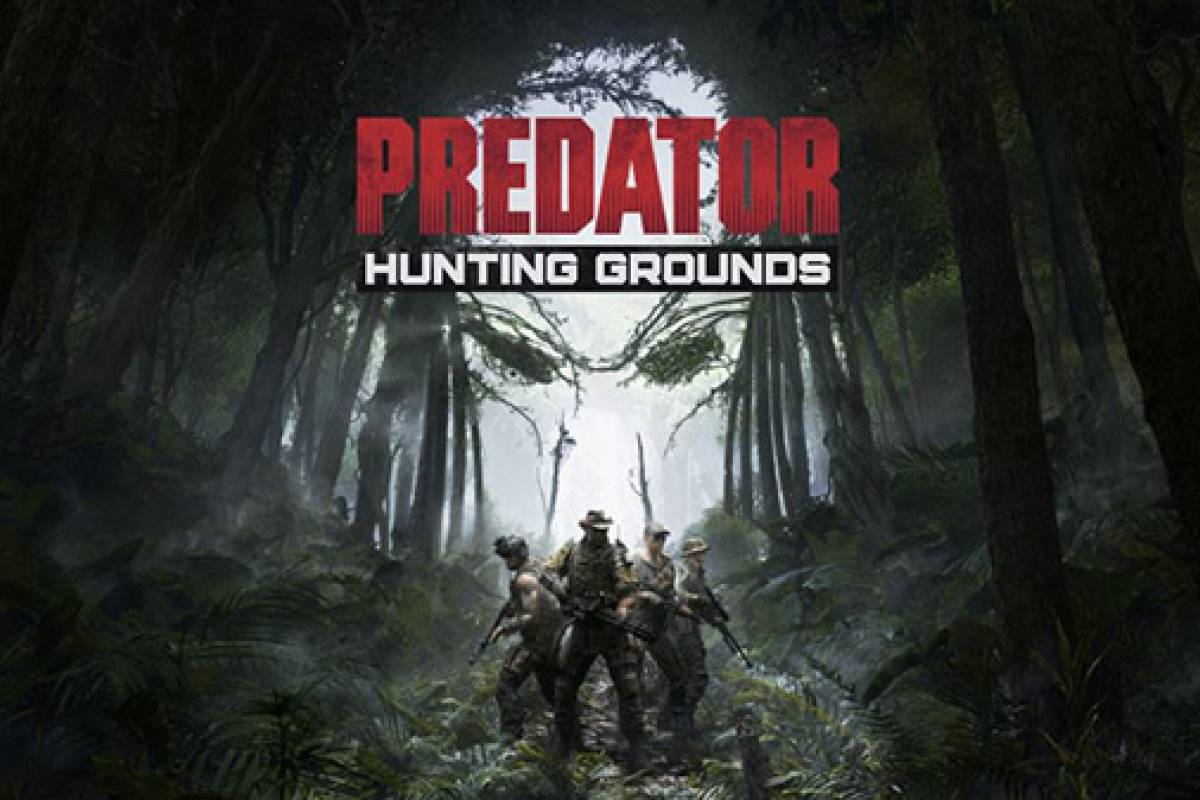 With Illfonic finding success in Friday the 13th: The Game, the studio has now been tasked to deliver a similarly styled multiplayer affair using the Predator license. The big question here is: does Illfonic find success a second time, or does this Predator instead become the prey? Read on to find out in our Predator Hunting Grounds review.

If It Bleeds We Can Kill It.

Predator Hunting Grounds banks on the idea that nostalgic will carry it through. While it features many details that any Predator fan will recognize and appreciate, at the core game experience its doesn’t unfold too well. If you aren’t familiar with how an asymmetrical game works, basically it’s a one-versus-all genre where a group of players battle to survive against an overpowered beast. In this case, it’s a ragtag team of humans versus the apex predator known as the Yautja (aka Predator).

Playing from the human side of things, it’s rough. For a basic first-person-shooter, the handling is pretty sensitive, though it’s one you can eventually get used to. It is, however, the main objectives that matches give you, along with several mechanics that are merely there to provide the Predator with an opening shot. They’re painfully dull by having players run from spot to spot to collect samples and defend points as idiotic NPC enemies rush in to try and keep the action flowing. And once you are done with that, it’s time to move onto the next objective, which shares the same structure.  All of these types of missions typically involve the players having to hold down their action button, which of course, the sole reason is to make the Predator player act forcefully. Maybe I wanted a bit more in the variety or a structure that made more sense from a narrative perspective, but the current ones in the game just don’t cut it. 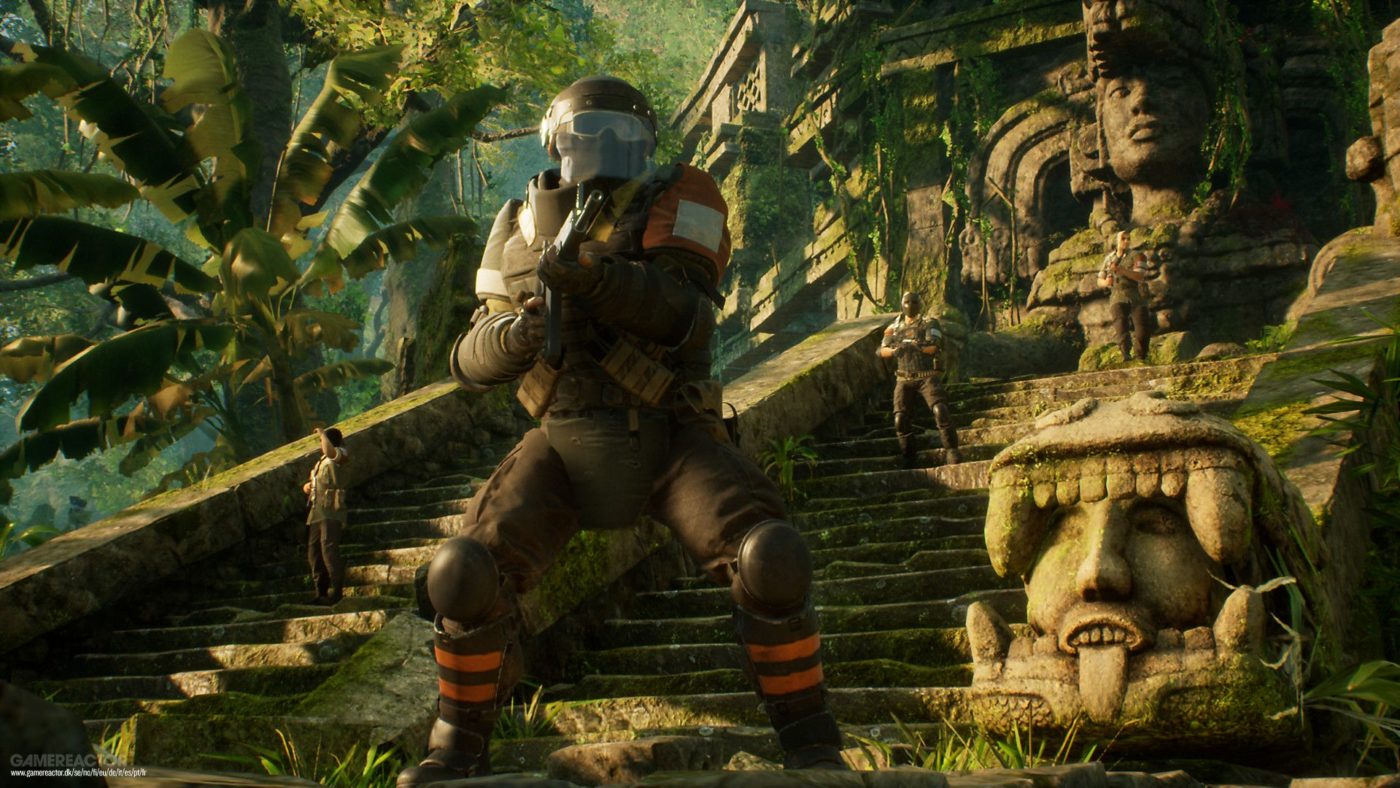 As for the Predator himself (or her), I found the gameplay to be surprisingly spot-on. Everything from its movements, weapons, to even his final stand where it nukes the whole place just felt all too satisfying. I would go so far to say that if a standalone Predator game was ever made, then they should look at Illfonics Hunting Grounds as a reference point for gameplay. The controls and arsenal of gadgets would make any Predator fan happy. Sadly, everything else in the game seems not to want you to be the ultimate killer. There are some odd collision and geometrical issues that can prove to be annoying, as one thing many players have noticed is the Predator Plasma cannon shots being blocked by leaves. Yeah, you read right, by leaves! And when all the levels take place in a highly condensed jungle, it’s very easy to have shots blocked. The Predator cloak is also a pretty big hit and miss, as while standing still does hide you entirely, it’s far too easy for players to see you while moving. And even if you did to get close enough to do some hacking and slashing with the Predator, the soldiers can easily parry (why is that even a thing?) your attacks, which in turn stuns you. This can be followed by constant knife slashing from a bowie, which is absurdly overpowered and doesn’t leave you much room to do anything else other than to die. You can level up to earn different classes and upgrades that allow you to deal with such situations, though that should be telling how unbalanced the game can get.

The visuals are comparable to an early PlayStation 3 title as textures are low and suffer from significant pop-ins, amongst a few other graphical bugs and lack of options. Which given that this title is a budget title, I wasn’t expecting to be blown away from them. Don’t get me wrong, it’s pretty ugly to look at, but if I based games on their looks, I’d be missing out on some great titles. My problem is, however, if a title is going have such low visual standards, then it sure as hell better make it up in the performance department, which sadly Hunting Grounds does not. 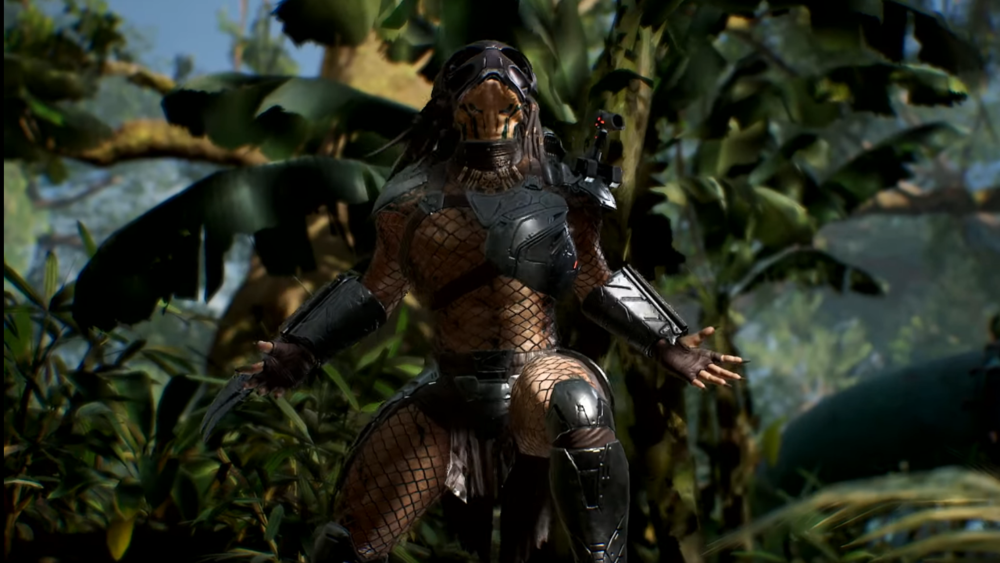 Running on the PlayStation 4 Pro, the game struggles to maintain a steady 30 frames per second even during sections where there is no action happening. We noted this in our previous preview, and while it has gotten better, it’s still a pretty jarring experience. And this doesn’t help by the fact that the connections are all based on peer-to-peer, so lag tends to play a major role with frame-dips.

Speaking of connections, the overall matchmaking takes forever, even after the latest patch. I can’t tell if its because there isn’t a big population or if it is just that broken, but having to wait for 30 to 40 minutes at a time is frustrating. I’m sure it will get fixed down the road, but that’s only going to get worse as the player count begins to dwindle away. Perhaps the addition of bots can fix that. I know it would for me.

You know one of the reasons I loved Illfonic’s last title, Friday the 13th: The Game, was the fact that it had a ton of small nods to past films. It was clear then that the developers were major fans, and outside of all the negativity, I still have to give them credit for hammering the details out in Hunting Grounds. Being a fan of the Predator IP, it’s fun being able to spot certain things. For example, the commandos can cover themselves in mud, making them nearly invisible to the Predator heat vision. As for the Predator’s cloak, it has that classic see-through shimmer effect from the films, and when he steps in water it even begins to electrify. There’s other small Easter eggs scattered around that will surely make any fan happy, especially the audio tapes you can unlock that expand on film plots. It’s just too bad the rest of the game isn’t up to par.

Heavy Price for So Little

The game comes packed with a ton of customizable cosmetics (unlocked via loot box-style mechanic) that can make both playable characters look better, but outside of that, it’s really lacking. In total, there are three maps and one game mode. Yeah, that’s all, and for $40, I can’t help but feel as if the studio trying to bank on the Predator name. Granted, they will have some free content update (one dropping next month), but we are focusing on what’s available now at launch and not in a year. It’s just really hard to justify that price to anyone, outside of a hardcore Predator fan. 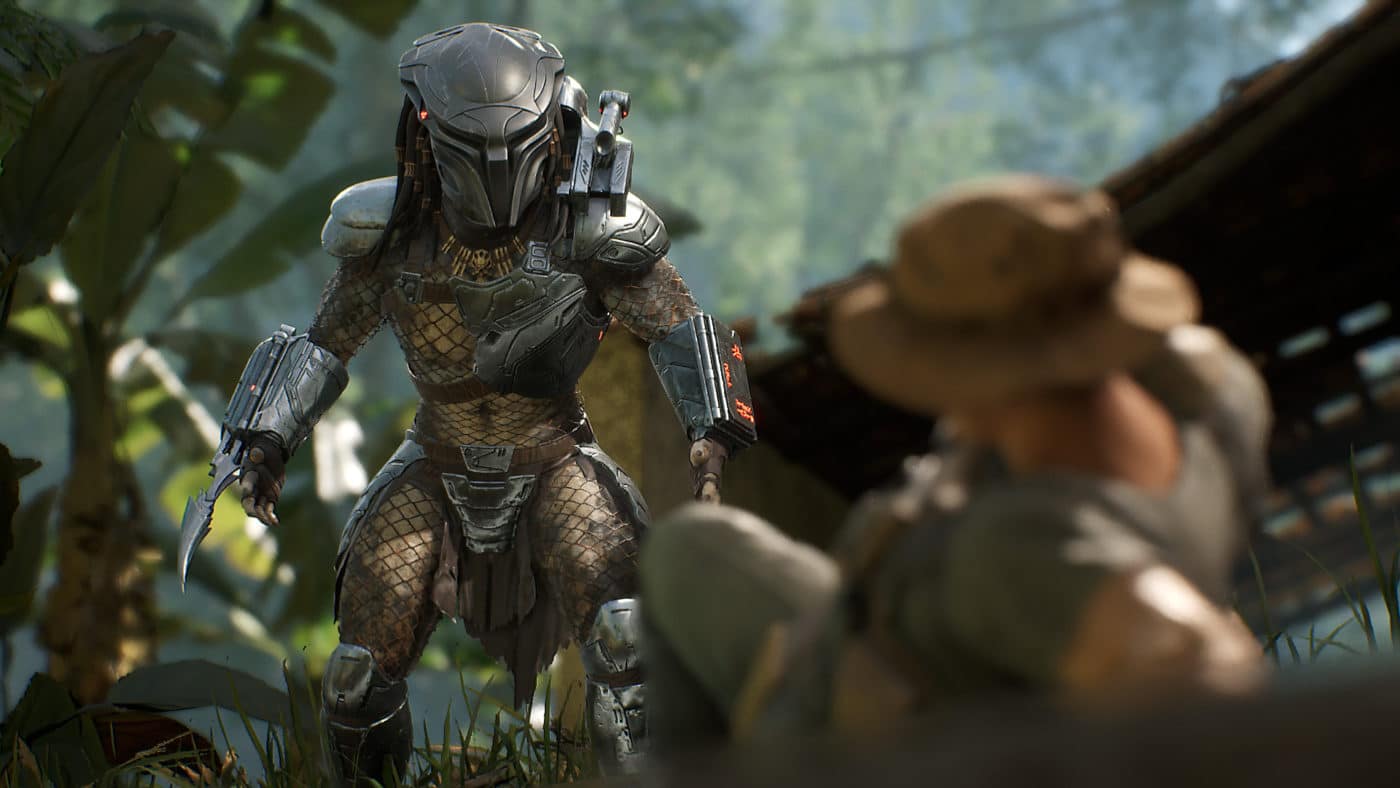 Predator Hunting Grounds review code provided by the publsiher . It was reviewed on the PS4. You can read MP1st’s review and scoring policy right here.

Star Wars Battlefront 2 Next Content Update to Be Its Last, Forums Shutting Down