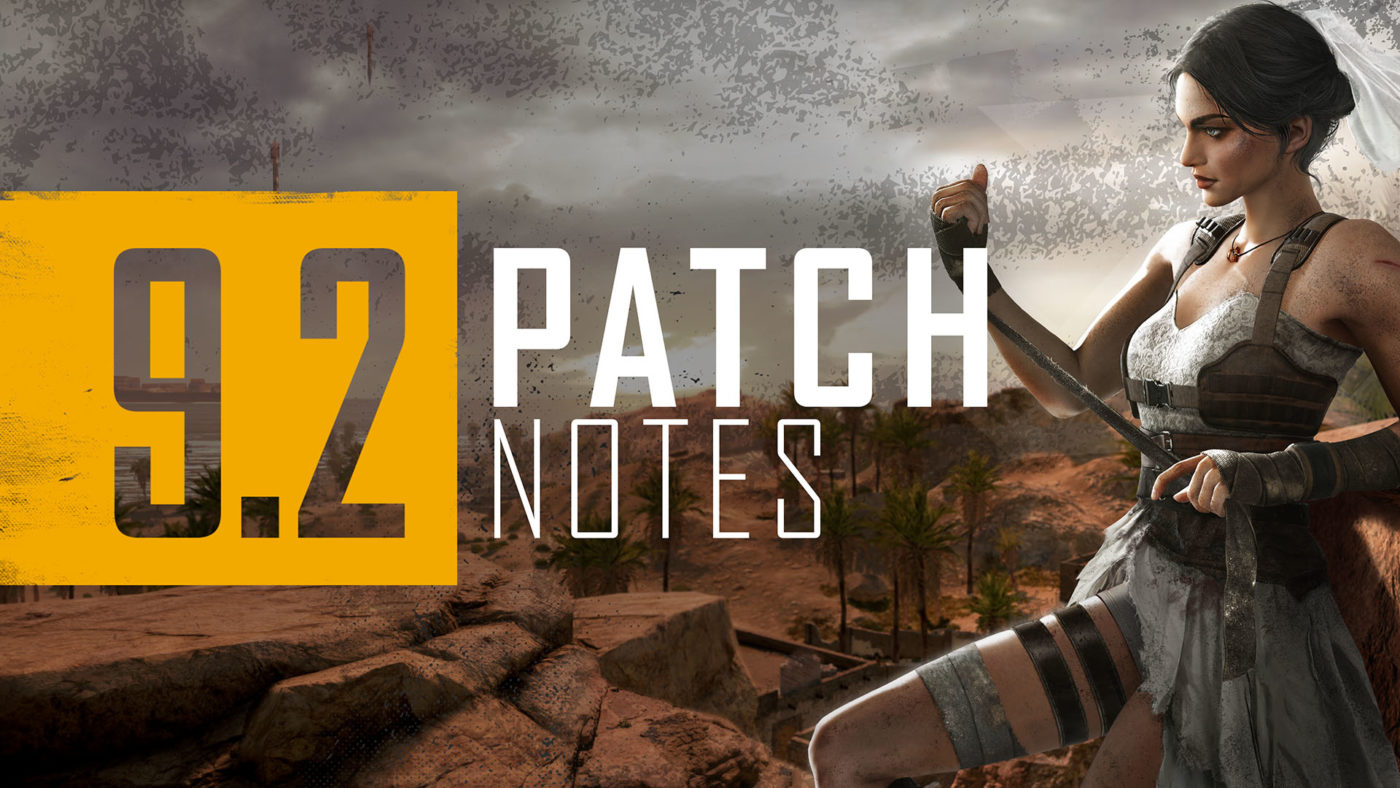 PUBG Corp. has released the PUBG update 9.2 on PC today and will be rekeased on conols this November 26. There’s a new Battle Pass, a new vehicle, weapon balance pass and more! Head on below for the highlights and complete patch notes below.

The new single-seater Dirt Bike is more than just a lite version of the Motorbike. It has its own independent clutch system to rev the engine, improved suspension for offroading, and some other fun features we know it won’t take you long to find, not to mention another fun addition coming in the future. The Dirt Bike spawns on all maps except for Karakin and will replace 50% of the existing bikes out there. We’re looking forward to a whole slew of new stunt videos with this one!

It’s been requested for a long time and we’re finally happy to add shooting functionality to vehicle drivers! The new system allows you to fire sidearm weapons while driving and maintaining control over the vehicle (albeit with slightly reduced response while reloading). This functionality works for most vehicles and there are a couple of limitations which you can read about below. We’re excited to see the new kinds of gameplay that emerge from these additions, and please let us know how it feels!

With the addition of driver firing, we’ve decided now’s a great time for a balance pass on those weapons. All sidearms across the board have received improvements to damage multipliers, aiming, ADS movement speed, and more. The goal is to make all secondary weapons more viable throughout the game, not just in vehicles. It’s a pretty extensive list, so check down below for full details!

For detailed changes, please see below.

Revolvers (R1895,R45)
Now, you can shoot more accurately while moving

With Update 9.1 we introduced Solo Ranked Mode and also removed some queue options which had historically had excessive matchmaking times, to improve the overall health of matchmaking.

We have received a lot of feedback from players and heard your feedback loud and clear. This patch, we have adjusted matchmaking options to open back up some of those modes for certain regions, while still providing the best gameplay experience for players.

Reopened queues are shown below:

The Battle Bride Pass is an entirely new kind of pass focusing on a single character vs a seasonal theme. This pass follows Sadiya, the hero from Karakin’s lore, and lets you unlock some of her iconic skins you saw in our motion comics. The Battle Bride pass progresses independently from the Survivor Pass and has 15 levels for you to complete by earning XP from playing matches. If you’re looking to pick up some of Sadiya’s unique looks, pick up the Battle Bride Pass!

The new Team Finder feature lets you connect with other players before the match begins instead of being randomly matched up in the pre-game zone. You can let friends and other players know that you’re looking for a team and accept invites to their lobbies. The Team Finder takes your selected game mode and language settings into account, so you know you’ll matched up where you want to be. If you’re looking to get some squad games in without the completely random element, try Team Finder today!

You can now look for a team to play with using the Team Finder function.

Another new method of communication with your teams is the new lobby chatbox. Now you’ll have access to text chat with your team before you enter the game and drop onto the Battlegrounds. Lobby chat features spam, ad, and abusive language filters, and also let you report anyone using it inappropriately. For now, Lobby Chat is only available on PC versions of the game.

Vikendi is also getting a few small convenience adjustments this update. We’ve adjusted the circle settings to be a little more inland, removed some small clutter that was hindering vehicle movement, adjusted the number of house sets to make final phases more open, and more.

For the skins and items, head on over here. Once the patch is out on consoles, we’ll let our readers know.