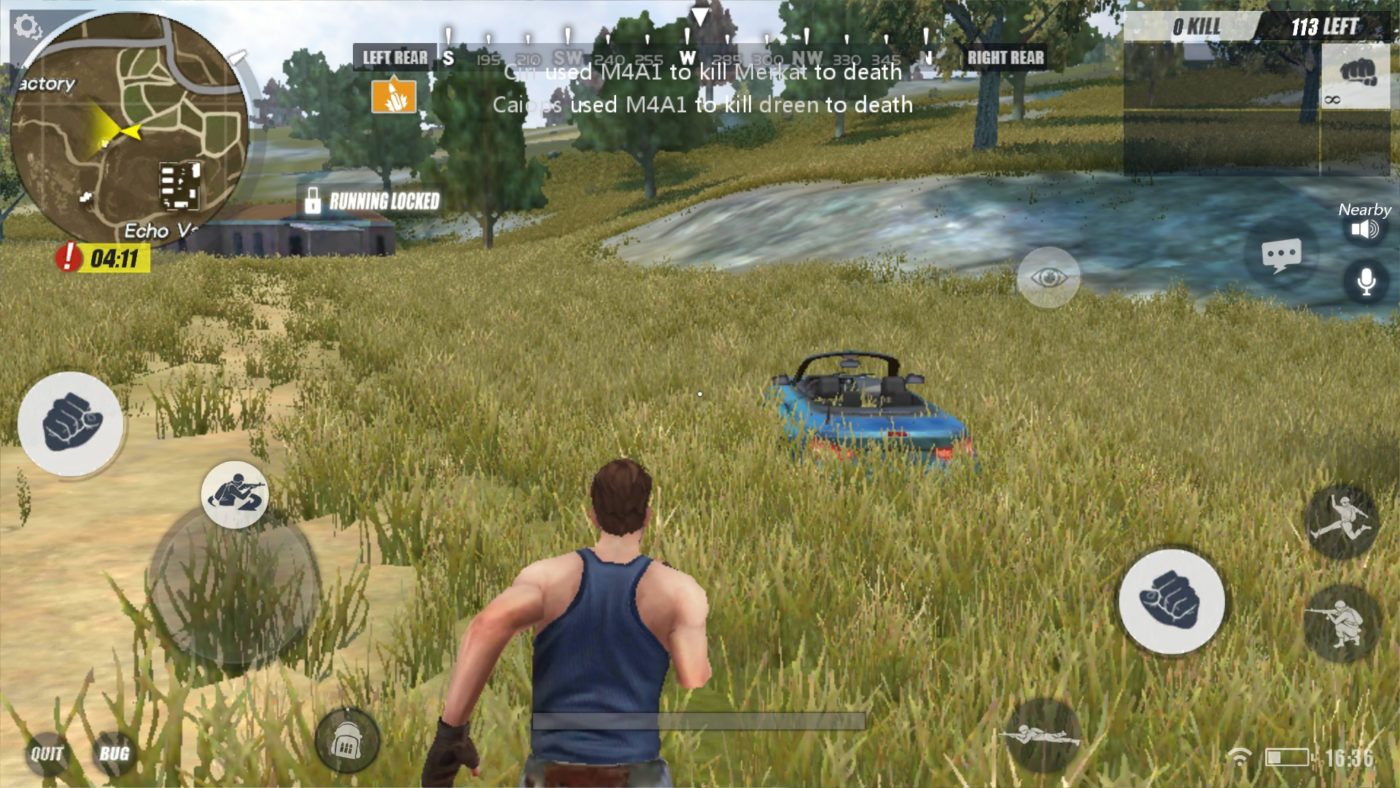 With the battle royale genre exploding into prominence with PlayerUnknown’s Battlegrounds (PUBG), it was only a matter of time until copycats jumped in to take advantage of the game’s popularity, and of course, earn a few bucks too.

On the mobile gaming front, NetEase’s Rules of Survival and Knives Out are doing brisk business so far — even if there’s a mobile version of PUBG out now. Well, their success hasn’t escaped the eyes of PUBG Corporation as the company is now suing the copycats. According to a complaint filed in the federal court of California, PUBG states that the two mobile games were released before PUBG’s own mobile version came out, in order to gain market share (well, duh!). Not only that, but it gave examples of how NetEase copied several elements of PUBG without permission, and how it’s fooling mobile users from thinking Rules of Survival and Knives Out are connected to PUBG.

The 155-page filing lists a lot of things which PUBG Corp. claims are infringing on their trademarks. There are buildings, vehicles, weapons, gameplay mechanics like the shrinking area, and more. Another point of contention has been the “Chicken Dinner” message to winners of the game, which both mobile games use as well. 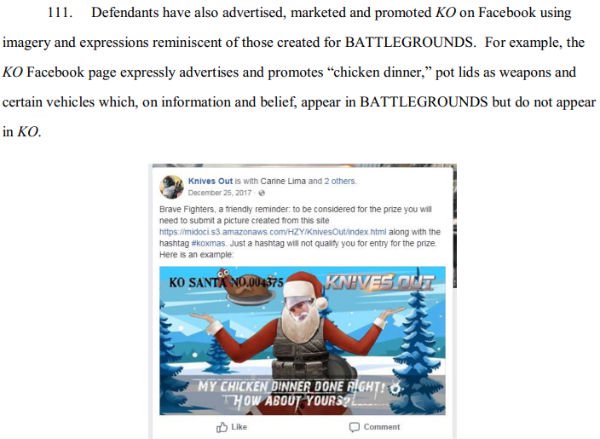 According to PUBG, these sort of messaging and images are made to confuse the public into believing that NetEase games are developed by, and connected, to PUBG.

“Defendants intended to create consumer confusion as to the source of ROS and intended to cause consumers to believe, incorrectly, that ROS had been developed by PUBG.”

PUBG Corp. stresses its point that both Knives Out and Rules of Survival are regularly referred to as “PUBG mobile” in the marketplace and by people, which proves that there is some confusion going on. 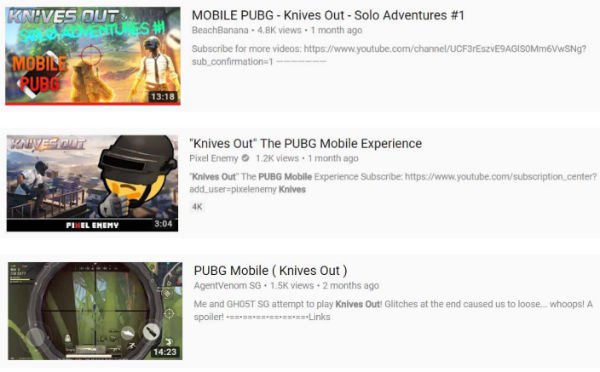 Back in January, PUBG asked Appled to take action against NetEase and their games for infringing on their trademark applications, to which NetEase denied. As a result of this, PUBG has filed a lawsuit where it it wants both mobile games taken down permanently, as well as monetary compensation.

You can watch Knives Out in action in the video below.

Will the courts decide in PUBG’s favor? Your guess is as good as mine at this point. While it’s a safe assumption that NetEase did copy PUBG and capitalized on the PUBG craze to rake in a ton of cash on mobile platforms, PUBG Corp. has to prove that first before any of the game gets taken down.

You can read the entire 155-page complaint filed by PUBG here.

Rumor: The Division Developer Said to Be Working on a Battle Royale Project

Rainbow Six Siege Toxicity Management Is Being Worked on by Ubisoft