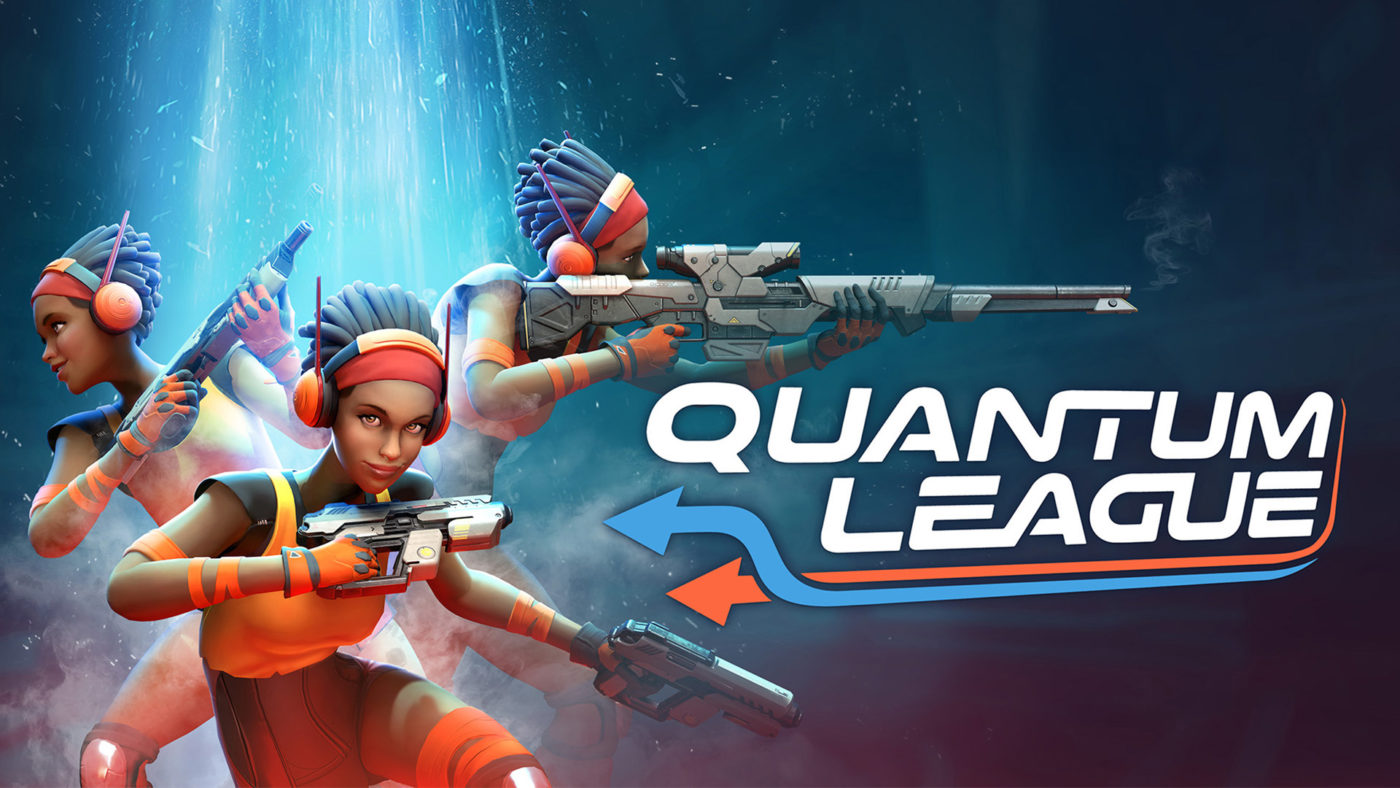 Our early hands-on experience with Quantum League has left us wanting more, as it simply isn’t just another hero shooter lookalike, but instead an innovating take on time traveling in the competitive realm of gaming.

I’ll be honest; this preview is probably going to be a bit confusing for many as the concept of it is one I’ve yet to see in an online multiplayer game. It builds on a straightforward premise, that being the first team to eliminate the other and score the objective to win. Simple enough? Well, not exactly.

What makes Quantum League so unique is that it bases its gameplay around time loops. Time loops, as the name suggests, are actions that players record during matches that loopback. In total, players have three loops, each lasting 18 seconds. In the first loop, we typically found ourselves getting confrontational with the opposing team, with one of us “downing” one another. But it’s here where things get very interesting, because rather than “dying” you desync from the loop until the timer is up. In this time, you can either grab a medkit and resync up with the match (meaning your actions count again), or you can play cleverly and continue with your desynced loop. 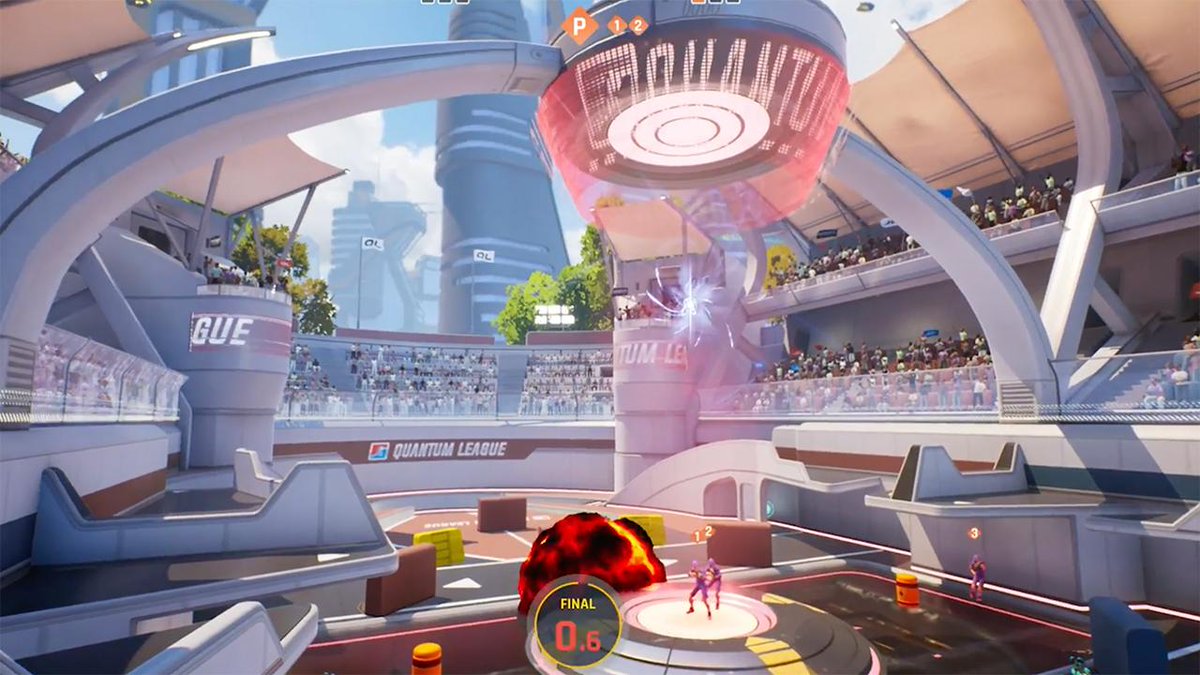 A smart player could plan future confrontations by having their loop attempt to capture the objectives and desync other potential loops. This all makes more sense once the second loop begins because now you have the opportunity to save that desynced loop by countering the action that got it there in the first place. So now where your original loop was “killed” off, they are now continuing with whatever motion you had set them through with from before. And of course, this all continues in the third loop, up until you can score. It takes a bit to get use to, but once you do, you begin to realize just how smart (and different) of a system it is. There’s even friendly fire, an option I typically dread, but came to enjoy because it added more to the careful planning.

Almost like a game of chess, if one could compare. As someone who’s cautious about the whole time traveling /time-loop concept in both films and games, to see it executed so well in a multiplayer environment is all too satisfying. The developers, Nimble Giant, have truly nailed down the concept in a way that makes sense. I love it, it’s fun, and it’s brilliant, and hopefully, a system that eventually expands and toy with other concepts of time.

Outside of the loop system, there’s the standard first-person shooter (FPS) gunplay. I won’t sugarcoat it and say it’s the best feeling gunplay I’ve played, but it’s acceptable. It feels very similar to a lot of other shooters that share its visual art direction, so take that as you will. There are no loadouts or hero classes, but instead, at the start of every round, you can select from five different weapons that do play into the planning with the loop system. Again, a simple premise with a unique system to uphold it. As for maps, they’re pretty decent in size for an arena shooter. I did like that they had the standard explosive barrels and a few other level interactions, as while those would be typical in any other shooters, the loop system really makes you lean on coming up with creative ways to use them. 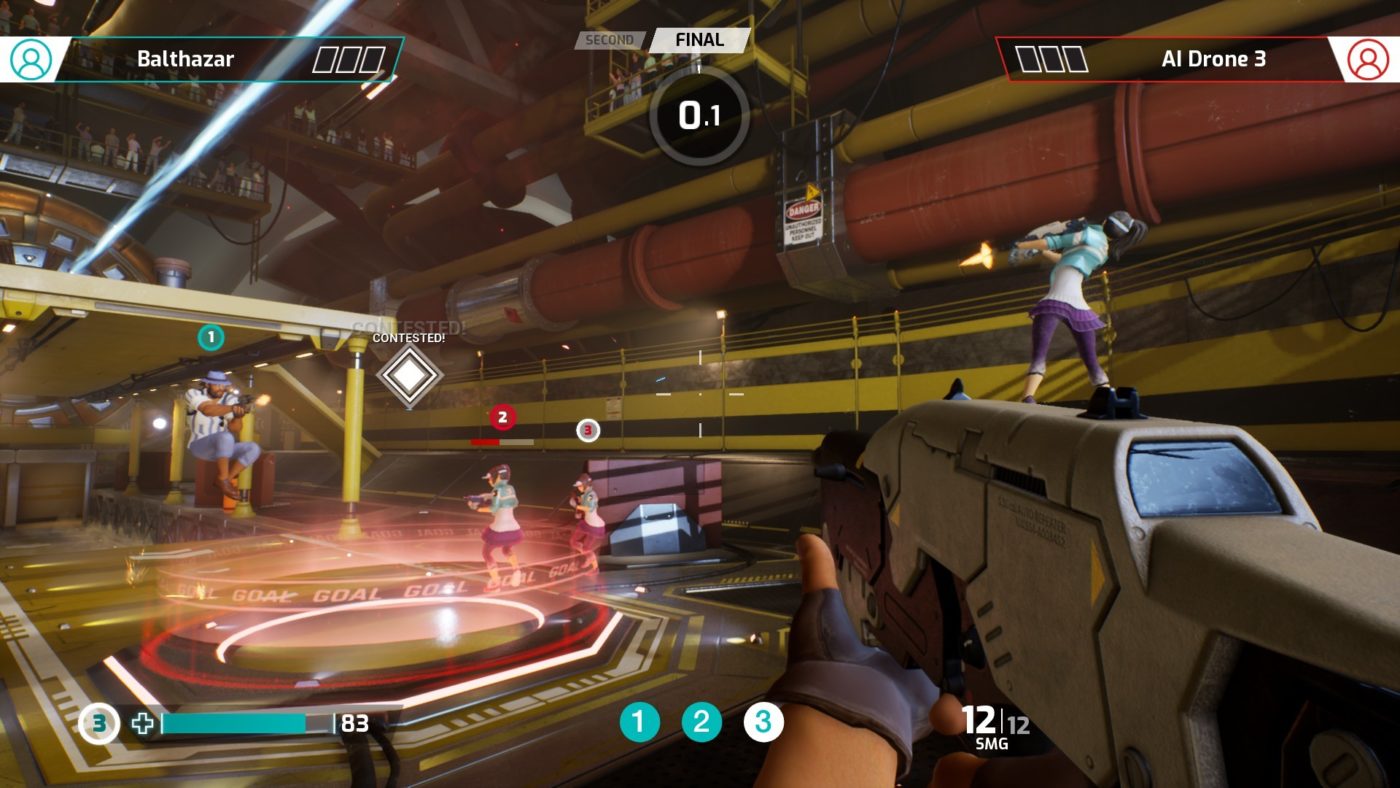 And looping back (pun intended) to the lack of a hero system and custom weapons, it was a wise decision on the team’s part. Keeping things basic means that balancing won’t end up being a complete nightmare. The Loop system is pretty complicated as is, so adding different heroes with various abilities would most likely turn into one giant mess. As the phrase would go, sometimes less is more.

Going into this preview, I didn’t have many expectations, but leaving it now? Well, let’s just say that Quantum League is a game that everyone should give a chance. Nimble Giants have done a wonderful job with the trial, and as long as they keep at it, the final release will truly be special. I look forward to it then, and hopefully, it doesn’t disappoint. Quantum League is targeting a 2020 release on PC and the Nintendo Switch.