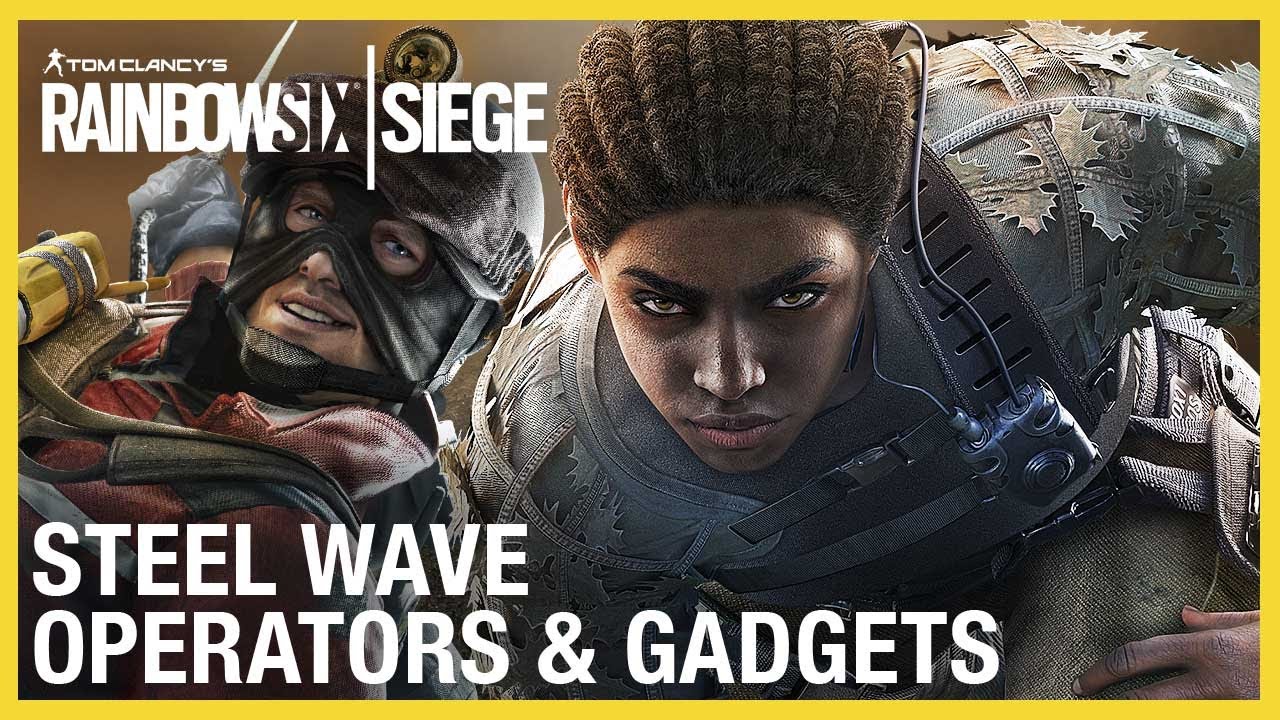 Norwegian Attacker Ace and South African Defender Melusi are the two new Operators coming in Operation Steel Wave. As a part of the Norwegian Home Guard, Ace acquired a heroic reputation. After being accepted into the Forsvarets Spesialkommando, on a joint UN operation in Somalia, Ace emerged saving Kali’s life. The offer to join NIGHTHAVEN swiftly followed. Ace is equipped with S.E.L.M.A., a throwable and stickable device that will stick to any vertical surface and slowly destroy up to 3 panels, one after the other. The S.E.L.M.A. gadget can also be thrown at almost any defensive gadget and destroy it with its arms or water explosive.

Melusi signed up with the South African National Defence Force to broaden her skillset and fund her field ranger training. After an ambush left her badly wounded, she resigned from the military and – as the heart of the Inkaba Task Force Anti-Poaching Unit – began training local women in tracking, interception, and surveillance. Melusi is equipped with Banshee deployable electronic gadgets. It applies a slowing effect to any attackers that are in a direct line of sight. The Banshee can also be used as an intel gadget as it produces an identifiable sound when an attacker entire its range.

For this new season, the reimagined map is House. Part of this game update that will bring in these new Rainbow Six Siege Steel Wave Operators include:

Those on PC, the test server will go live on May 19.