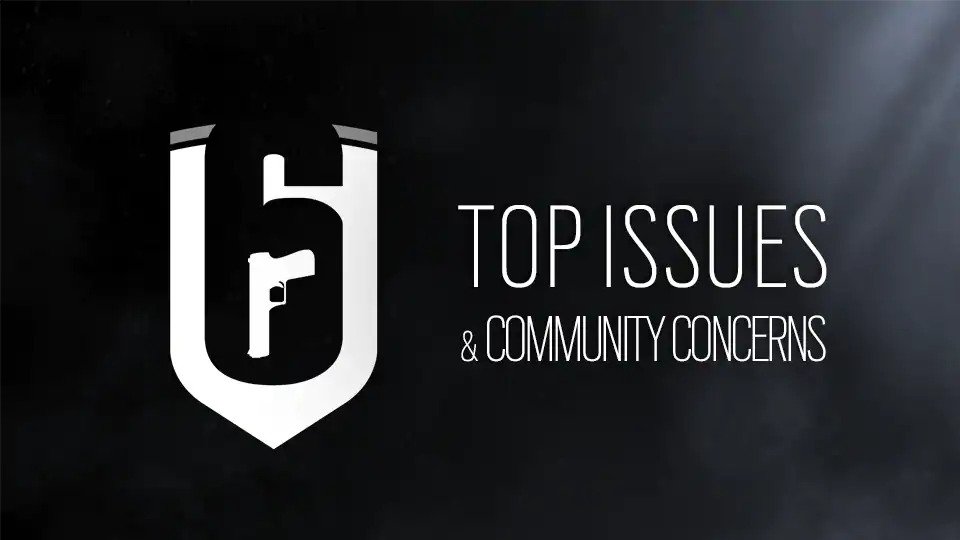 Even if a game is as established as Rainbow Six Siege, that doesn’t mean that there’s nothing left to tweak or fix in it. On the contrary, given the heavy play time by pro and regular players alike, there’s always a new issue that arises, or gameplay balancing tweak that needs to be done. Today, Ubisoft has listed down the Rainbow Six Siege top issues.

Note that the list below is not the 100 percent complete list, and that doesn’t mean that if an issue isn’t listed there, that it’s not being worked on.

Description: Muffled, missing sounds + various sound issues.
Status: We have identified a bug that allows sound to travel more easily that intended through solid objects/walls. We are also continuing to go through videos that are sent to us to identify standalone sound/audio issues.

Description: Players are losing control on their Operator and then being disconnected and presented with an error message.
Status: We have dedicated a team specifically to these connectivity topics, and have identified a couple of issues that are sometimes interpreted as a “Denial of Service” attacks. These issues are a priority for us.

Description: Gas from Smoke’s Gas Grenades clips through walls.
Objective: Our goal is to rework the propagation so it is similar to the new Capitao fire bolt, and use this as an opportunity to revisit the visual.
Status: [Target: During Y4S3] We have encountered an issue and will be pushing this change to Season 3 to ensure that it is released in a more comfortable state.

Description: Weapon optics are a few pixels off center in some situations.
Objective: We want to implement a system to prevent most misalignment issues in the future. At the same time, we are improving the look of the guns in ADS by adding secondary motion, which is now possible due to the tech that keeps the scopes aligned with the reticule.
Status: [Target: During Y4S3] Feedback is currently being gathered in internal play sessions.

Description: Operators that are disruptive due to exploits being removed from play.
Objective: When an Operator or Gadget is disabled, provide players with feedback on what/why.
Status: [Target: During Y4S3] We have a bit of programming work left, and some UI work as well.

Description: Debris sometimes remains stuck in the barricades on doors and windows, causing players to have different sight lines.
Objective: Provide consistency for all players for barricade destruction.
Status: [Target: Potentially Y5S1] We are currently in the design phase to determine how we want to approach this topic. We are exploring and prototyping different options.

Description: With the deployment of the Y4S2.2 patch, we implemented a fix for Yokai being seen through the glass sections of Attacker’s shields. This had the unintended effect of making Echo’s drone invisible.
Objective: Our balancing team’s intent is to make Yokai Drones more easily spotted in a later update.
Status: [Target: TBD] We will address this issue in a future patch. Once we have more information, we will provide an update.

Description: We have seen a high ban rate for Blitz, Jackal, Echo, and Caveira in Ranked.
Status: We are discussing how we want to approach topic of balancing around Pick/Ban in Ranked, and the Operators that are affected the most by it.

Description: Adjustments to the damage curve for Smoke’s Gas Canister will move Smoke further towards an area denial role.
Status: [On Hold] We are satisfied overall with how this is developing, but but need to put it on hold until other dependencies are delivered.

Did one of the top issues you’ve had a problem with make the list? In case you didn’t know, Ubisoft issued a ban wave for those using the chat glitch, so that shouldn’t be part of this list.