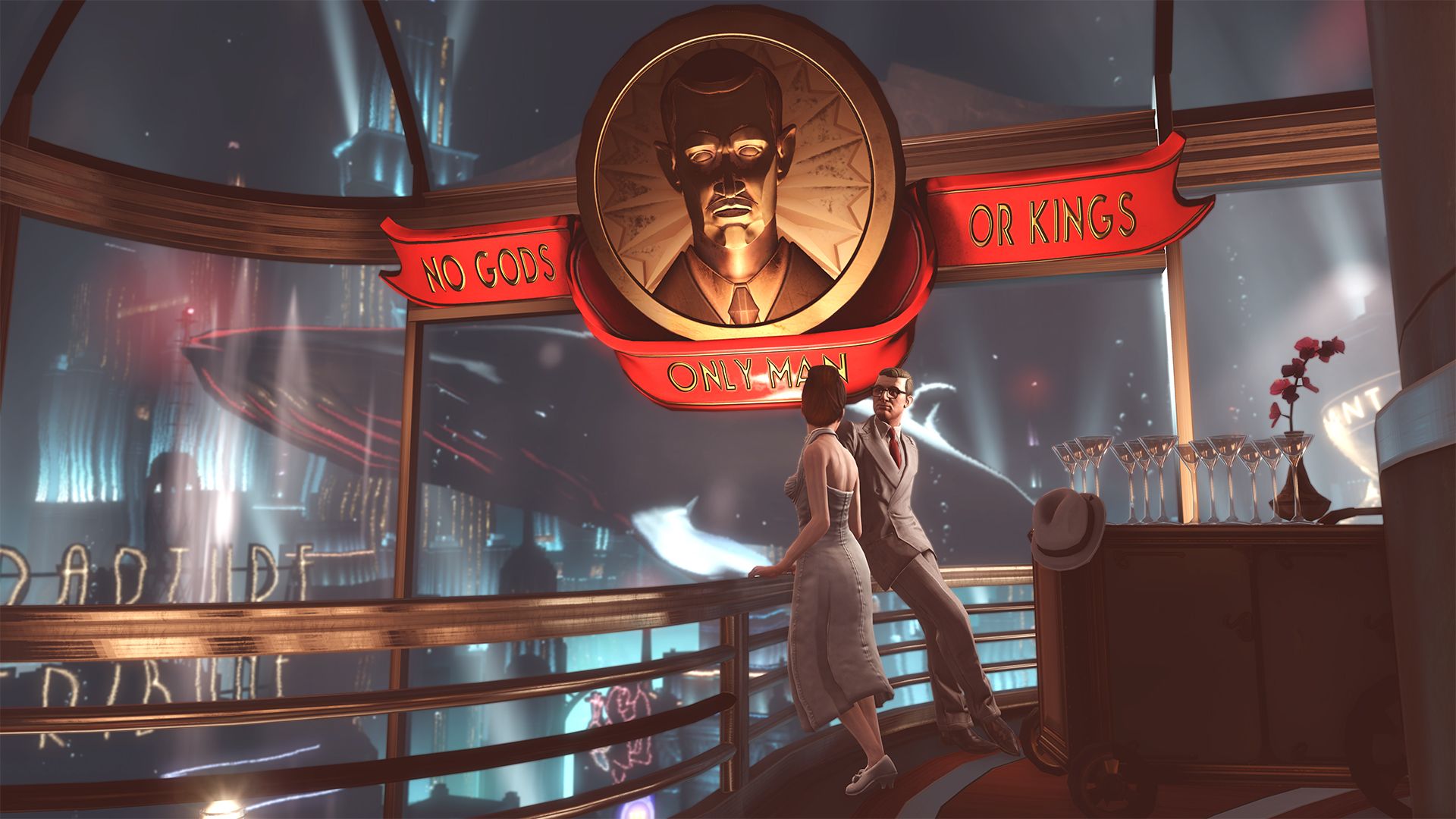 With The Game Awards fast approaching, rumors have been heating up regarding the next BioShock entry, with an alleged BioShock 4 logo surfacing along with details.

It’s been nine years since the last entry in the critically acclaimed franchise. So what do we know?

The first official confirmation of a new BioShock entry in development was in December 2019. After months of rumors, 2K Games announced the creation of a brand new Canada-based studio called Cloud Chamber, and confirmed that they were working on a new BioShock title.

According to the press release, work on the next iteration of BioShock would continue “for the next several years.” 2K Games also confirmed the series’ original creative director, Ken Levine, would not be involved with the title. Shortly after the announcement, a report by Kotaku claimed that the next BioShock (codenamed Parkside) had in fact, been in development since at least 2015, and that the project had been rebooted at least once.

While information on the game has been relatively minimal since then, job listings by Cloud Chamber have given us some potential clues. Listings on the official Cloud Chamber website suggest that the game will potentially run on Unreal Engine 5, and feature open world elements. One listing also suggests the game will feature complex “urban crowd systems.” 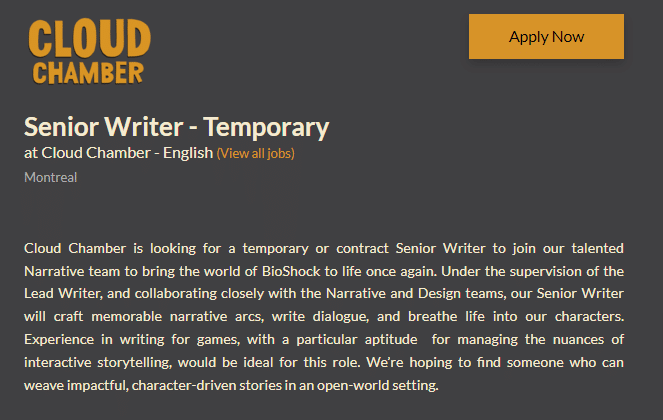 Then, in September 2021, a major leak via Nvidia GeForce Now spilled the beans on numerous upcoming titles, including one called “Bioshock 2022.” Nvidia later confirmed the legitimacy of the leak, however noted that the data was subject to change.

There has also been talk of the game potentially being a PlayStation-exclusive. In a May 2021 episode of the XboxEra podcast, resident leaker Nick Baker (Shpeshal_Nick) claimed to have heard from unnamed sources that the next BioShock was being shopped to Sony, however stated he was unsure if it was as a timed exclusive, or a platform exclusive.

BioShock rumors have sprung up again in recent days. First when a mysterious website popped up online, that appeared to feature multiple references to the BioShock franchise, leading fans to believe it was a teaser for BioShock 4. However, internet archives like waybackmachine show that the website has been around since at least 2018. It was even reported on back in May 2020.

On November 17, Twitter user “@oopsleaks” shared details of what they claimed to be the next BioShock entry, including the game’s logo.

They state that the game, titled “BioShock Isolation”, is scheduled for an announcement in Q1 2022.

Additionally, the user reports that it will forego the previous locales of Rapture and Columbia, and be set in a new location. They go on to say, the game will be open-world, while featuring a “linear main story.” They also claim the title will not be PS5 exclusive, contradicting previous rumors.

Furthermore, “BioShock Isolation” will supposedly feature two cities rather than one, each with “radically different ideologies.” It remains to be seen how credible this all is. The leaker has shared supposed presentation slides, direct from 2K and Cloud Chamber, which, if real, would indicate they have a source inside the development studio. As always, take rumors like this with a grain of salt until we get official confirmation.

Will we see an announcement for BioShock 4 (or whatever the next BioShock game is titled) at The Game Awards later this December? We can’t say for sure, but evidence seems to be mounting that this announcement will be happening sooner rather than later.