While we already know that Call of Duty: Modern Warfare is a huge game in terms of data, it seems Black Ops Cold War will even be bigger — at least on PS5! Apparently, the first physical copies of the game are out in the wild, and it states that the Black Ops Cold War PS5 version requires a gargantuan 285GB of minimum disk space!

Here’s the image of the back of the case per Twitter user Kauution: 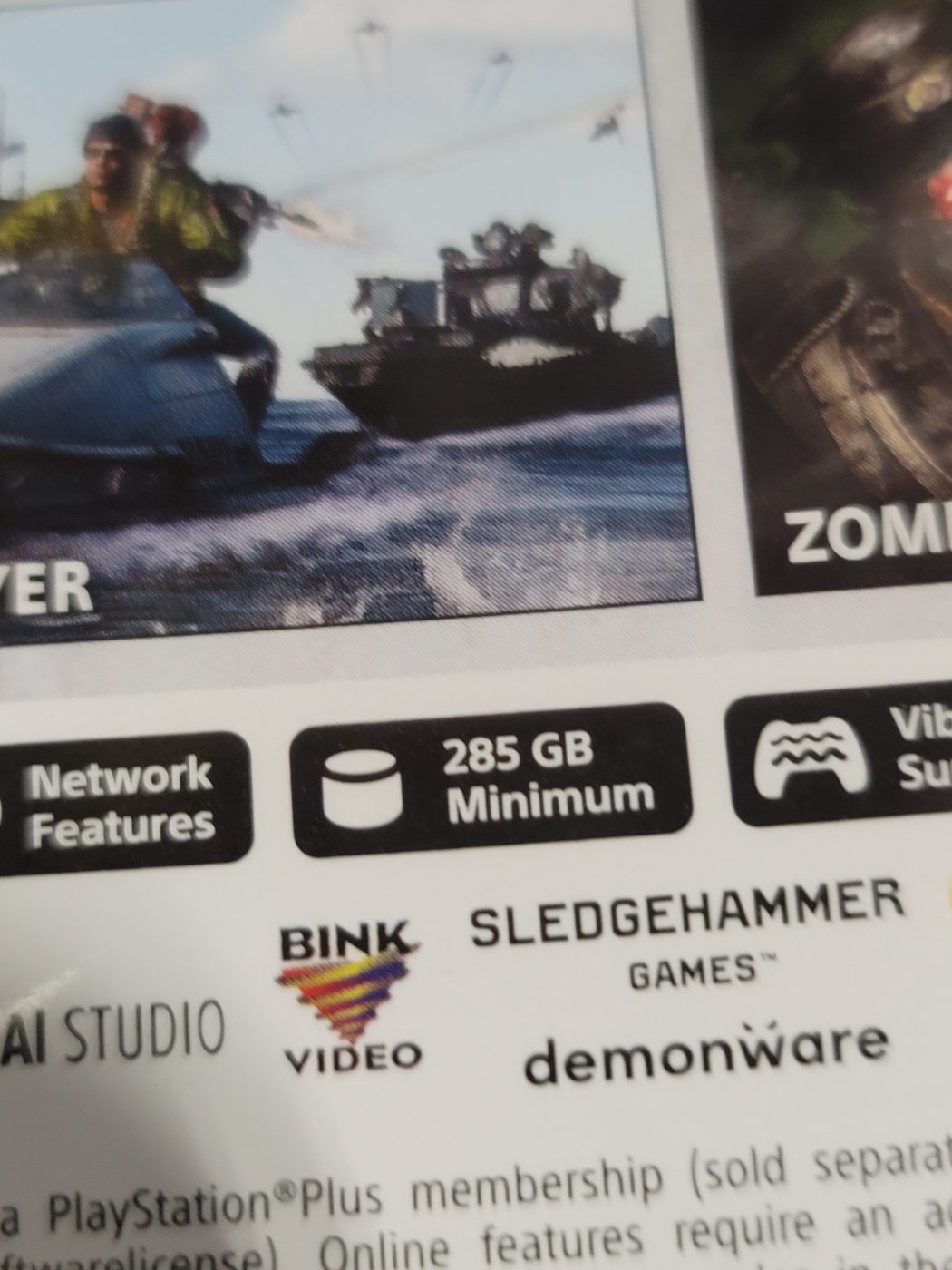 Note that given this hasn’t been confirmed by Activision, treat it with a grain of salt — at least for now. We’ve contacted the publisher, and if we get a reply, we’ll update the post.

Speaking of Black Ops Cold War, the Xbox One and Xbox Series X version is listed at just 100GB according to Microsoft. On the PS4 front, it’s now confirmed that players will be able to download the game in content packs again.

Given the PS5’s 1TB of HDD space can’t be used entirely for games, it’s a bit worrying that just one game can eat up more than 250GB, and that’s not even accounting for patches and whatnot as well.