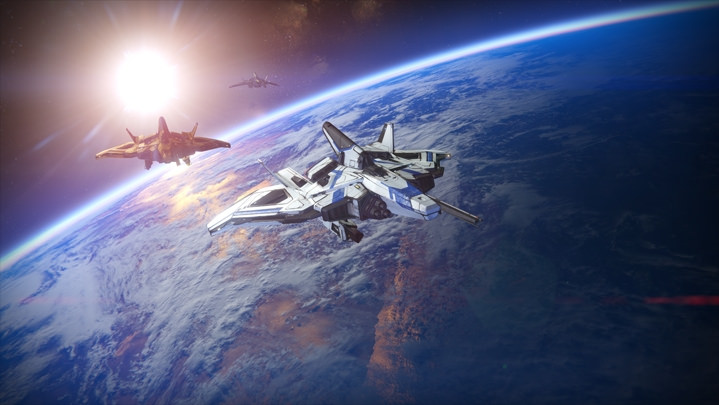 Scratch that last update, Activision has once again contacted Eurogamer to retract that statement saying it has yet to formally announce details.

Activision has confirmed to Eurogamer that Destiny’s PlayStation-exclusive content will remain exclusive until “Fall 2015,” meaning Activision and Sony’s deal will run for one full year before the content is made available on the Xbox One and Xbox 360.

At E3 2014, Sony announced during their media briefing that Bungie’s upcoming shared-world shooter, Destiny, would receive content exclusive to the PlayStation 4 and PlayStation 3, which was later detailed in greater depth in a recent blog post.

An exclusive multiplayer map, a strike mission, and sets of armor, weapons, and ships were among those items that would come first to Sony’s platforms, before making their way to the Xbox One and Xbox 360. Now, thanks to a listing on Amazon, it appears we may have more details on the duration those items will remain exclusive.

According to the game’s official description on Amazon, the multiplayer map, Strike mission, weapons, armor, and ships will all remain exclusive to PlayStation until at least Fall 2015, roughly one year before it will show up on Microsoft’s consoles.

“Exclusive content for PlayStation 4 owners includes the Exodus Blue Competitive Multiplayer Map, Dust Palace Strike, Weapons, Ships and Gear that will only be on PlayStation until at least Fall 2015.”

This certainly does come as a surprise, as it was initially presumed that the items would make their way over perhaps a month later, as per the same deal Activision has with Microsoft and Call of Duty DLC. We aren’t marking this as an official announcement, however, as it was merely discovered through an Amazon listing.

Along with the items listed above, Destiny’s upcoming beta is also coming to PlayStation 4 and PlayStation 3 first on July 17, opening up later to Xbox One and Xbox 360.