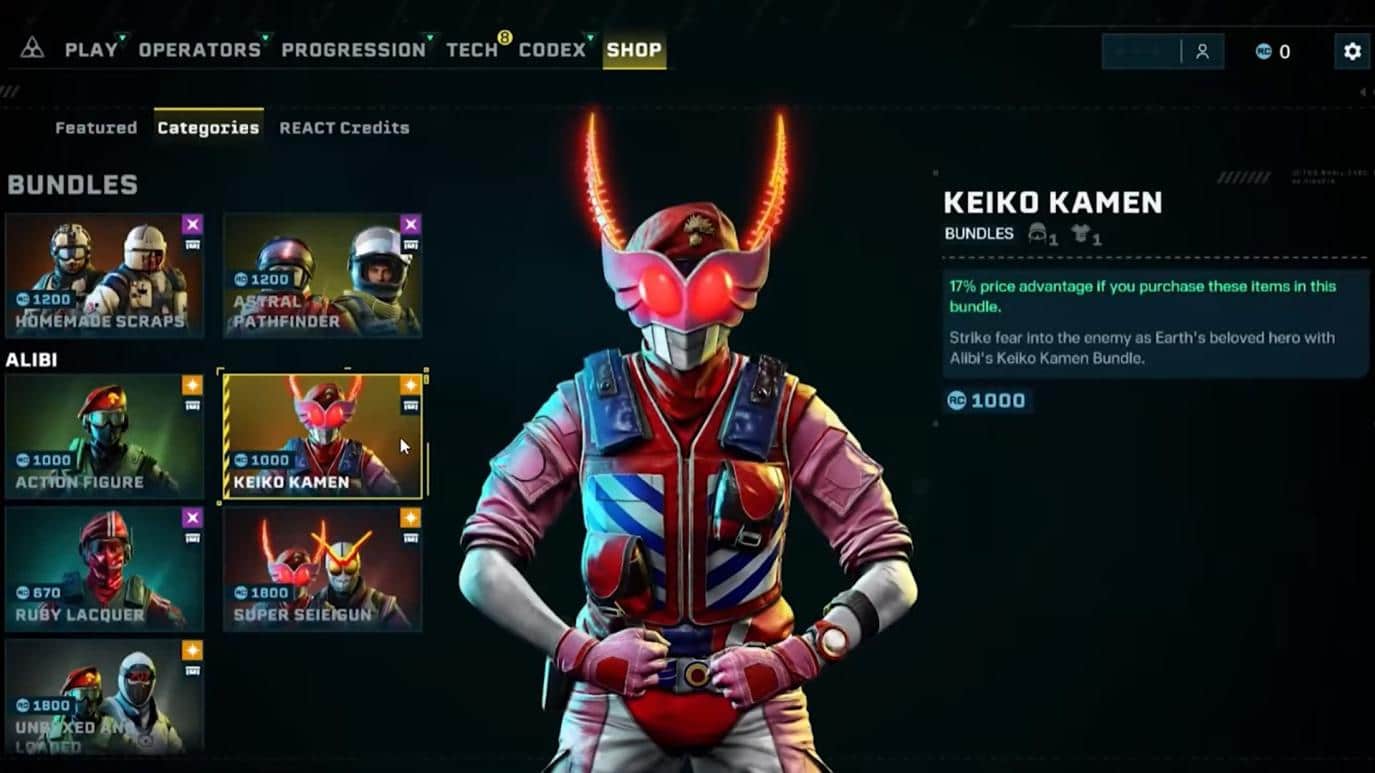 According to the video, the build was given to him by QA (quality assurance) testers who were just “fed up” with giving feedback to the Ubisoft dev team and having it fall on deaf ears. And after two years plus of working on this project, they (the QA leakers) are not happy with the direction of the game currently, and where it’s headed.

Check out the video below, which we’re fairly certain will be pulled. We’ve also compiled screenshots of the Rainbow Six Extraction shop and Operator skins too (in case it does get pulled).

Based on the video, there are already loads of Operator skins available in the game, and with corresponding prices, too!

According to the YouTuber, he assests all seem to be reused from Rainbow Six Siege, and doesn’t play all that great. That said, we have no idea how old this build is, and how accurate all of this is to the build the game is now, and what we’ll get next year. Still, it’s a good look into the game and what Ubisoft has planned for it.

What do you think of the in-game shop and Operator skins? Do you think Ubisoft is headed in the right direction with the game based on the footage? Let us know what you think down in the comments below.