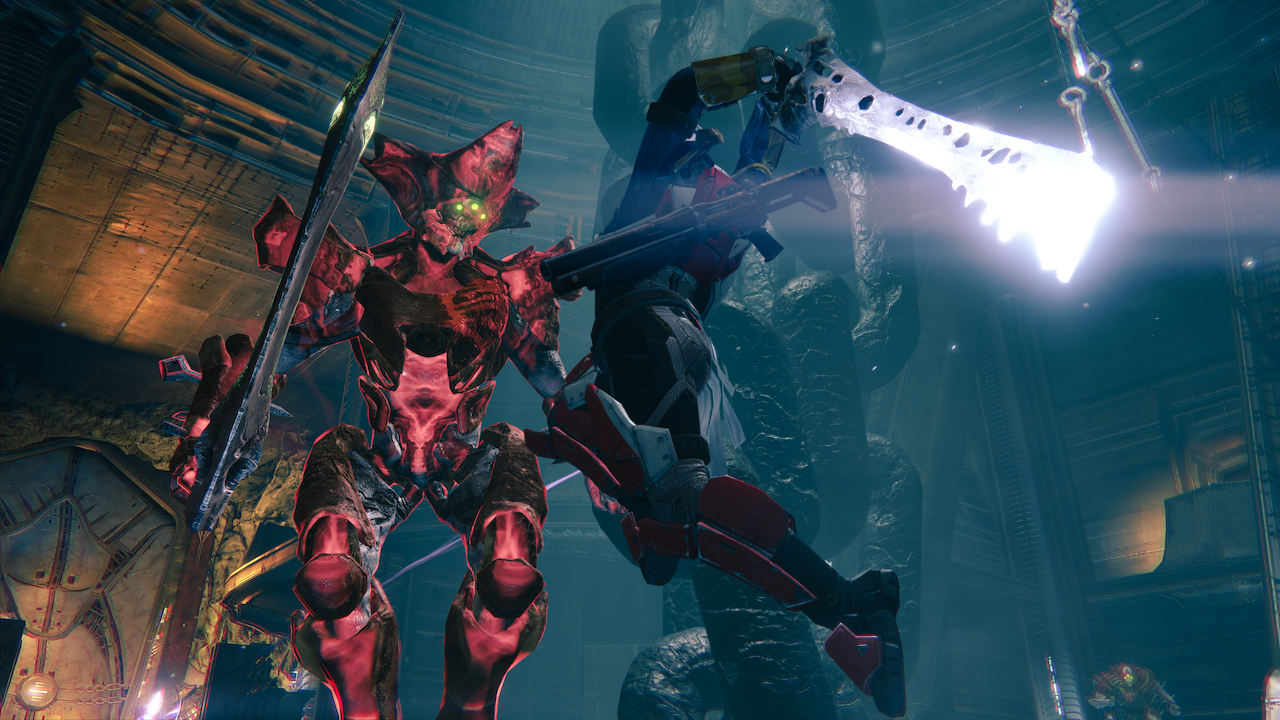 If I were to ask you what your favorite Story Mission in Destiny was, chances are you’d answer, “That one on the Moon where you get to swing around a giant sword. What was it called? Oh. The Sword of Crota!”

That’s because it probably was one of the most fun missions in the game and, as it turns out, Bungie probably knows it.

After a number of DLC items showed up in Destiny’s database after yesterday’s large game update, which are meant to unlock after the launch of The Dark Below DLC this December, users have discovered a few interesting attributes that potentially offer insight into what the new six-player Raid, Crota’s End, might hold.

For example, searching through some of the new items listed on DestinyDB, you’ll find that almost all of the new Raid gear offers buffs specific to Crota’s End. Here are a few of them:

You’ll notice the new “Oversoul’s Gaze” mechanic, which is likely some sort of spell an enemy, or perhaps the Raid boss, can cast on you and your party.

More interestingly, as Reddit user debugman18 pointed out, one of the new items, a pair of boots, offers its wearer a buff that suggests sword wielding is actually thing that will be in Destiny’s new Raid:

It makes sense and was probably in all likelihood to begin with, but it’s pretty cool to know that Destiny’s next Raid might finally put your sword skills to use.

As the appearance of any of these items have yet to pass, take the info with a grain of salt for now. If you’re interested, follow the link to DestinyDB above to see all of the new gear added in the latest patch.

Keep your sights on MP1st for more Destiny updates!