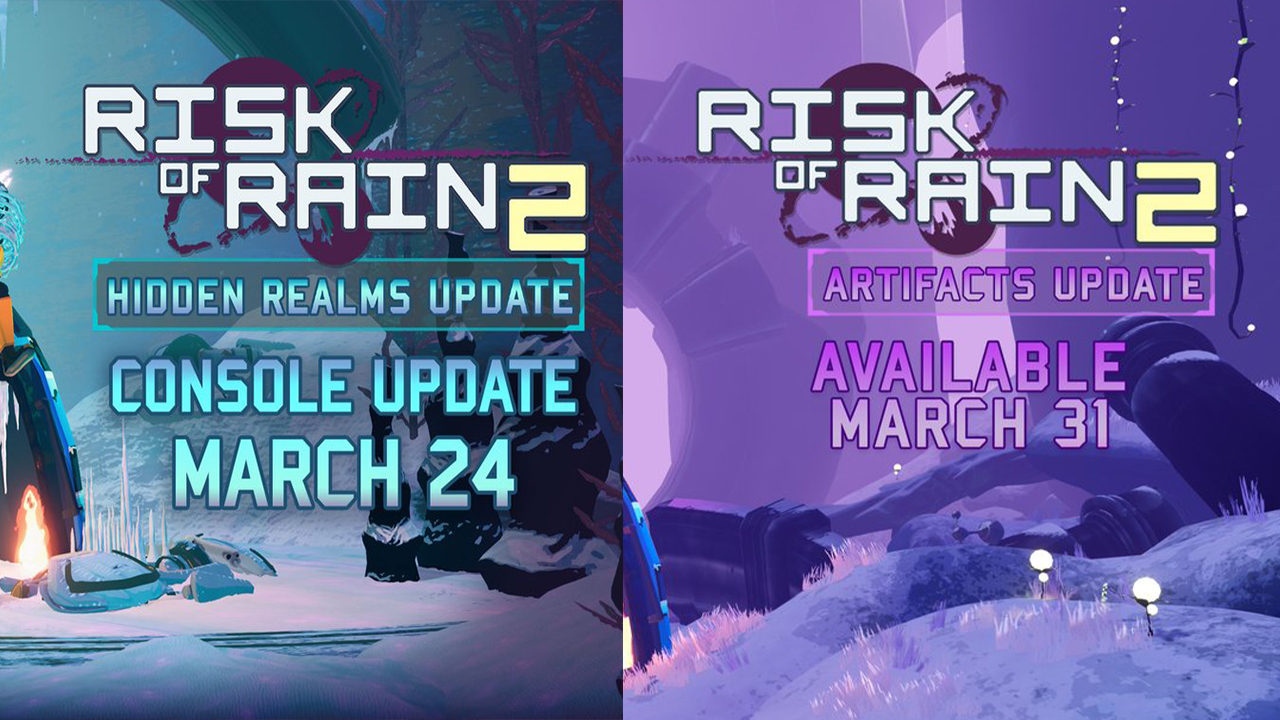 Risk of Rain 2 Next Updates Dated for PC and Consoles

Revealed during PAX East 2020, Risk of Rain 2 next updates are dropping later this month, one for PC and the other for consoles.

The first of these content drops will be the Risk of Rain 2 Hidden Realms Console update that will be arriving on March 24 for PlayStation 4, Xbox One, and the Nintendo Switch. This update (previously released on PC) will introduce a new survivor called Acrid.

Officially announced from #PAXEast, the Hidden Realms Update for Risk of Rain 2 will be available to download on PS4, Xbox One, and Nintendo Switch on March 24! pic.twitter.com/CkD3Ru1bzK

You can find the patches notes that came with the PC release to learn of some of the new changes.

There will likely be more changes and bug fixes pertaining to the console version, so we’ll have the full patch notes up once they go live.

Officially announced from #PAXEast, the Artifacts Update will be available to download for PC on March 31!

Look closely as some artifacts may be lurking ? pic.twitter.com/yXwtQy0rZz

As for PC players who have already been enjoying The Hidden realms updated since December, this month we will see the release of the Artifacts Update. This will launch on Steam on March 31 and will introduce a new level, bosses, more equipment, items, and new artifacts to be used doing your Risk of Rain 2 run. More details will become available as we near closer to launch.

Risk of Rain 2 is now available on PC, PS4, Xbox One, and Nintendo Switch.