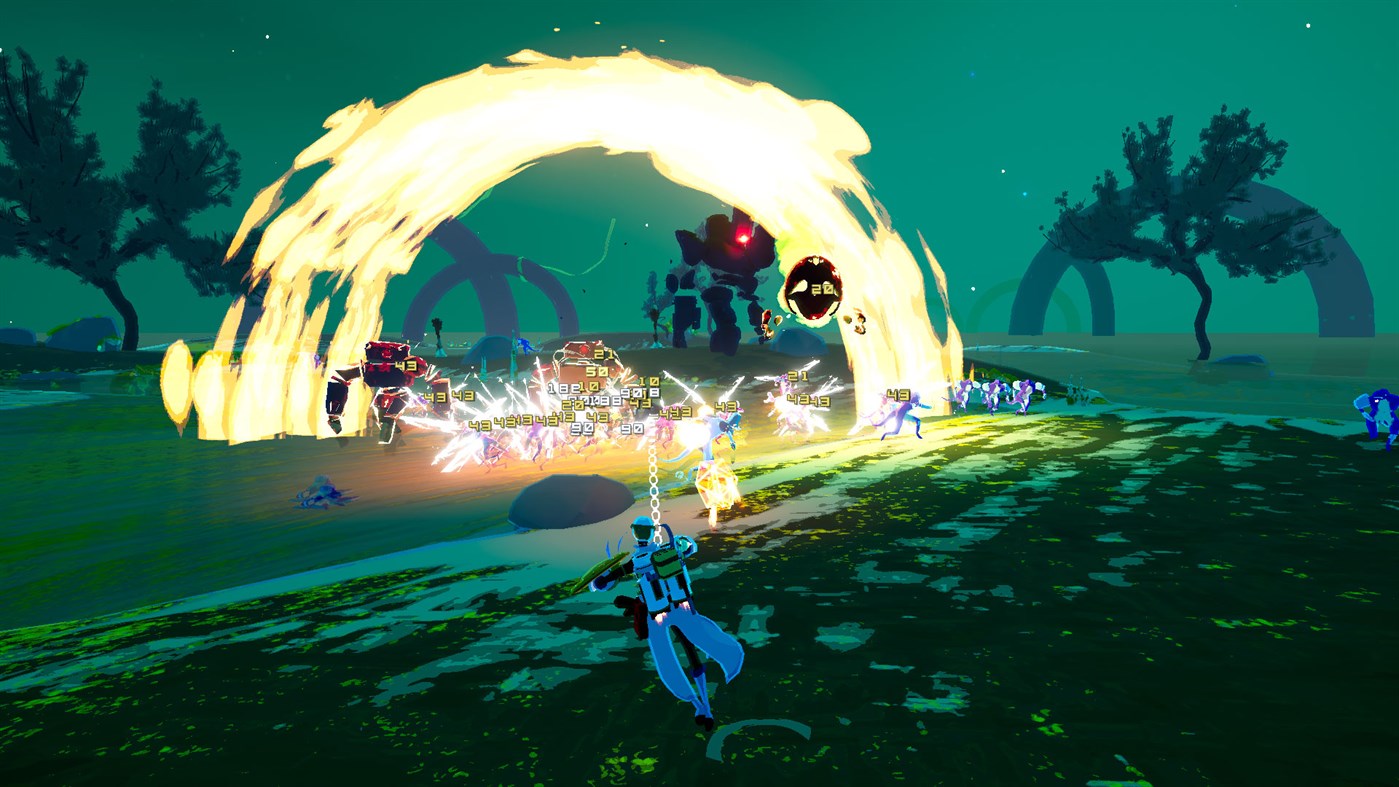 This is the fifth major content update for Risk of Rain 2 on the PlayStation 4, Xbox One, and Nintendo Switch, marking the 1.0 version of the game. With this update we are focusing on the ending sequence of the game and promoting player agency + build diversity.

MUL-T
Developer Notes: MUL-T has gotten some love from this patch to really push forward the idea that his weapons are strong in specific roles. Faster swap time and more responsive actions for the weapons will (hopefully) make weapon swapping feel better. We’ve also admittedly creeped cooldowns down over time, and MUL-T felt a bit left behind.

Mercenary
Developer Notes: The Mercenary was always supposed to be the highest skill-cap survivor. However, in actual gameplay he became very flow-charty, using abilities directly off cooldown while holding down M1. The intent for all these changes is to allow skill expression, dynamic cooldowns, and higher risk vs reward in fights with the new ‘Exposed’ debuff. The hope is that the character will be stronger for advanced players, but weaker for new players.

Acrid
Developer Notes: Acrid has always been a melee-ranged hybrid. We want greater rewards for engaging in melee and completing your M1 combo for players who enjoy a more aggressive playstyle.

Artificer
Developer Notes: We want to enforce the Artificer’s role as a high-damage, high AoE character. Nano-Bomb in general was core to the fantasy, but was pretty much inferior to Nano-Spear in every way.

Now that’s one big patch! Once we get wind of any more future content, we’ll let our readers know.