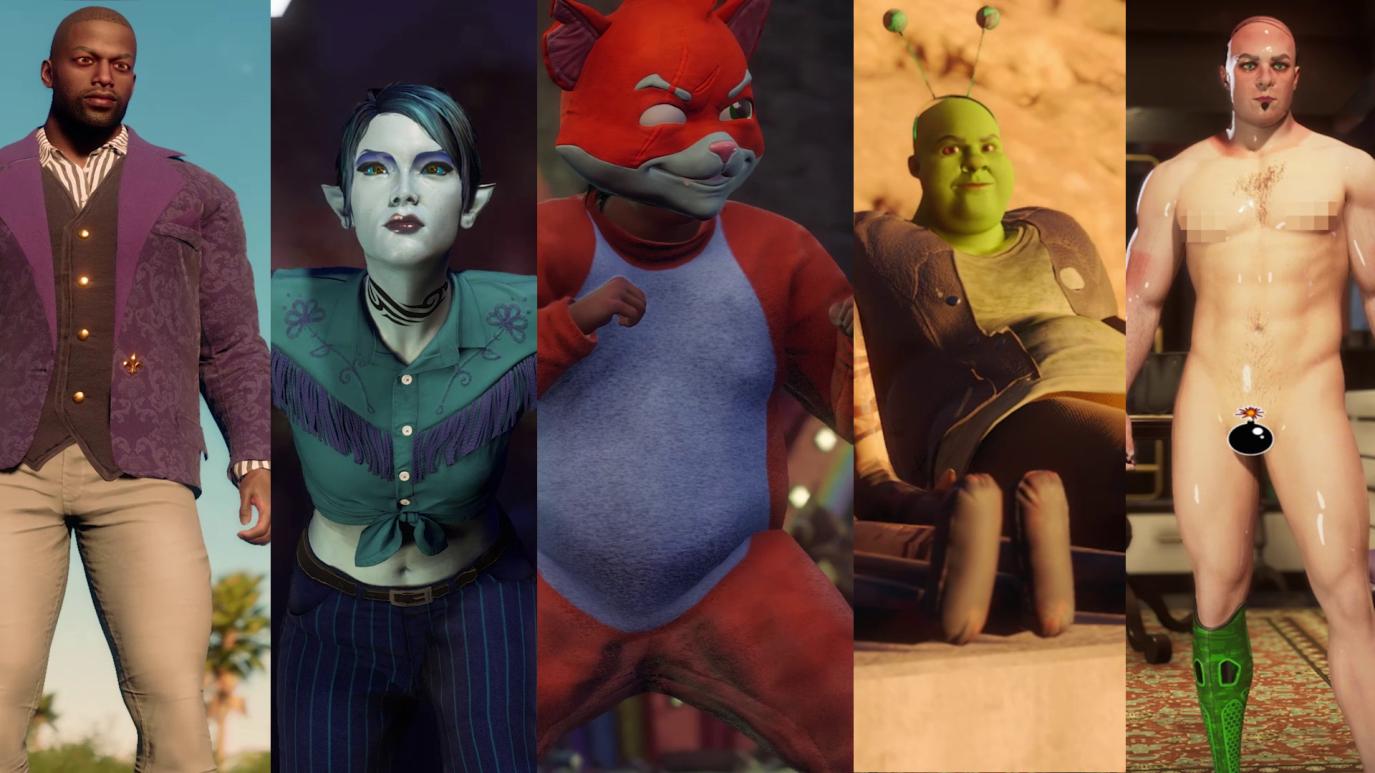 As announced a week ago, Volition has finally unveiled the Saints Row customization trailer that shows off the many quirks and oddities you can create as your character in the game! Check out the trailer in action below.

Compared to the earlier Saints Row titles, the customization in the reboot looks as crazy as usual, with the many flamboyant and extravagant pieces of clothing you can wear on your character. A new addition is the socks, which you can now customize as a separate piece from the shoes.

The reboot also comes with asymmetrical face customization, allowing you to really go in-depth with the make-up or scars your character will have. The trailer also showed off leg prosthetics for your character, if you’re into that sort of thing.

Vehicle customization is now also an in-depth feature, allowing you to personally shape your ride as you please. Vehicles can also be retrofitted with insane kits like nitro boosters, ejector seats, and more.

Guns can be customized as well, from different vinyls, colors, and materials, allowing you to really personalize it to your preferences. Saints Row will also allow for the customization of your church HQ, from its visuals to its members. It really is shaping up to be the most in-depth Saints Row in terms of customization, and should get the fans and players excited as it prepares for launch later this year.