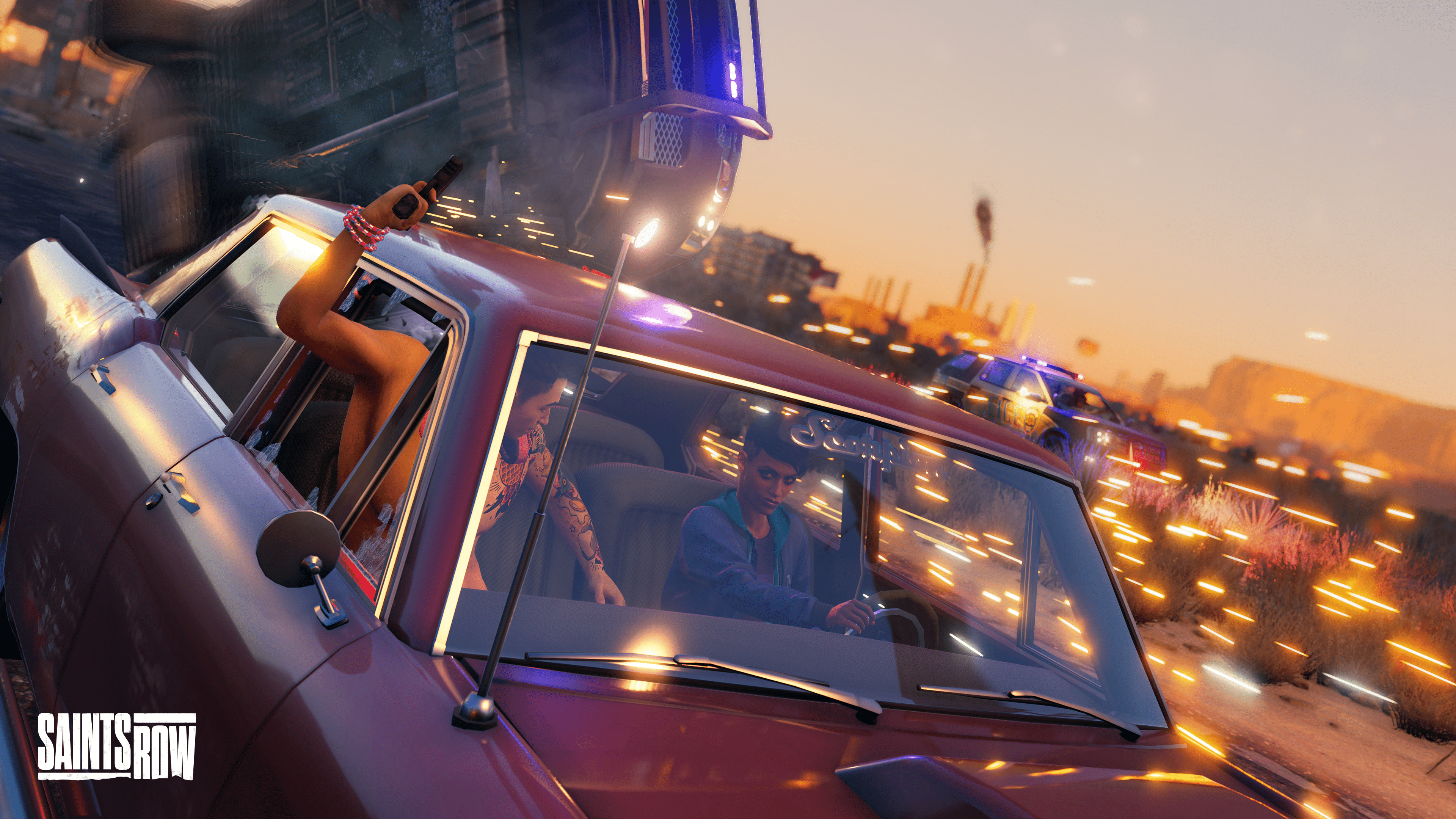 Saints Row fans hoping that they’ll see all their favorite Saints making a return in the upcoming Saints Row reboot may be saddened to learn that this new entry will serve as a completely fresh new start that has no ties to past Saints Row games.

Thankfully, MP1st had the chance to seek clarity on thsi ourselves during a press-only event hosted by Deep Silver earlier this month.

The answer to this is no, in fact, Saints Row (2022) does not have any ties to the original releases outside of its name and themes. Saints Row (2022) serves as a fresh start going forward for the franchise with it being a total, complete reboot that will get in touch with the series original roots. To shed a bit more on this is Chief Creative Officer at Volition, Jim Boone:

“So Saints Row is a Reboot. This was a chance for us to go back to our origins, to get back to that more contemporary crime sort of angle that we love.

It was a great opportunity for us to just tell a story that we wanted to tell and most importantly is tell a story that is contemporary that we think the people are going to relate to. What that means is that it can be everything from imagining the kind of debt that people deal with these days, student loans, or the kind of things you want to do for the American dream.

Imagine if you were in that world, and you farm you own criminal empire, you could be your own boss, and do things your way.

During our group Q&A session, Boone saints further expanded on this, confirming that Saints Row has nothing to do with the other Saints Row games.

With it being a reboot, it is a completely new story, so it doesn’t fit chronologically with any of the ones (Saints Row) done. It’s all new story, all new characters, setting, and everything. And like Jeremy hinted we have little nods here and there to some of the mascots and things like that, but it is a brand-new story so it has nothing to do with any of the previous games in the series.

What Engine Does Saints Row Run on?

Volition didn’t share a whole lot here, but during our group Q&A session, they did in the very least confirm that Saints Row was running on a new engine. While the name of the engine was not disclosed, we do know that Saints Row will be the first title from Volition to use this new engine.

This most likely means we won’t be seeing the Havok Engine used for physics like pasts Saints Row, though we are still pending a confirmation of that.

Saints Row is scheduled to release February 2022 for the PS4, PS5, Xbox One, Xbox Series, and PC via Epic Game Store.