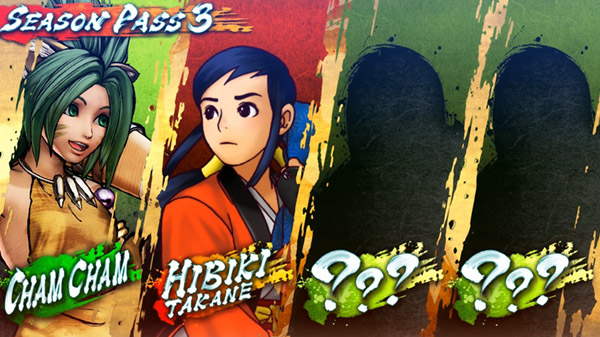 Get ready for more warriors to join the fight in the latest entry of the Samurai Shodown series, as SNK has revealed the newest fighters for “Samurai Shodown” in Cham Cham and Hibiki Takane — who join the roster with Season Pass 3.

Here’s the reveal trailer for the two new combatants as released by the Samurai Shodown team.

First introduced in Samurai Showdown II way back in 1994, Cham Cham is a feline like warrior who uses a boomerang as her signature weapon. The character is the younger sister of the mask wearing warrior Tam Tam, and she has since become a fan favorite of the series. She will become available with Season Pass 3 some time this March.

Hibiki Takane on the other hand hails from another popular weapon based fighting game by SNK — The Last Blade. The daughter of a swordsmith who passes away after creating a sword for a mysterious man, Hibiki searches for this swordsman to find answers and avenge her father’s mysterious death. Her inclusion in Samurai Shodown marks the latest crossover SNK has done for their fighting games properties much like The King of Fighters series. She’ll be available to play with Season Pass 3 at a later date this year.

Be sure to check out more news and features about Samurai Shodown here at MP1st.

Samurai Shodown is available for the PS4, Xbox One, Nintendo Switch, Google Stadia, and PC now, with an Xbox Series X|S version coming later this year.