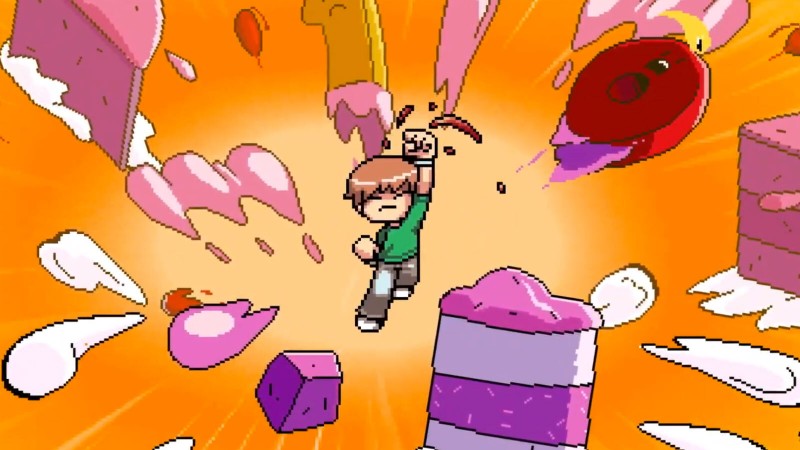 Get ready to rock, play, and fight some evil exes in a very colorful and remastered way, as Ubisoft, Universal Games, and  Digital Platforms have announced that Scott Pilgrim Vs The World: The Game – Complete Edition is coming to consoles this January!

Here’s the complete overview of the re-release of this 10 year old classic via press release.

Scott Pilgrim vs. The World: The Game – Complete Edition will return in celebration of its 10-year anniversary and will include the original Knives Chau and Wallace Wells downloadable content.

In this unique blend of style, humor and classic gameplay, players will help Scott Pilgrim take on enemies, including the League of Seven Evil Exes, to fight for love. They will rediscover the beloved 2D arcade-style beat ’em up game, inspired by the iconic graphic novel series and 2010 Universal Pictures film. Fans will fall in love all over again with the 8-bit animation by Paul Robertson, the critically acclaimed soundtrack from Anamanaguchi, and original cut-scenes from Bryan Lee O’Malley, creator of the Scott Pilgrim vs. The World graphic novel series.

Additionally, players will have the opportunity to team up with up to three friends locally or online to defeat foes, share health and coins, and revive each other. Friends can also compete in subspace mini-games, frantic dodgeball or challenge each other to epic battle royale matches or cooperate in the Boss Rush and Survival Horror modes.

Be sure to check out our previous article on Scott Pilgrim Vs The World: The Game – Complete Edition here.

Scott Pilgrim Vs The World: The Game – Complete Edition will launch for PS4, Xbox One, Nintendo Switch, Google Stadia, PC, and Ubisoft + this January 14, 2021. The game will also be backwards compatible with PS5 and Xbox Series X|S.