Rumors of The Last of Us getting an HD port for the PlayStation 4 have been going on for months now, and with yesterday’s PlayStation Store weekly update going live, Sony may have accidentally confirmed its existence.

Upon inspection earlier in the store update day, Sony had updated the official PlayStation Store website with the banner you see below, but promptly removed it, most likely due to the early confirmation. Nearly several hours later, it has now been placed back on the PS Store website, stating that the game will be available for pre-order soon and as a day one digital on the PS4. 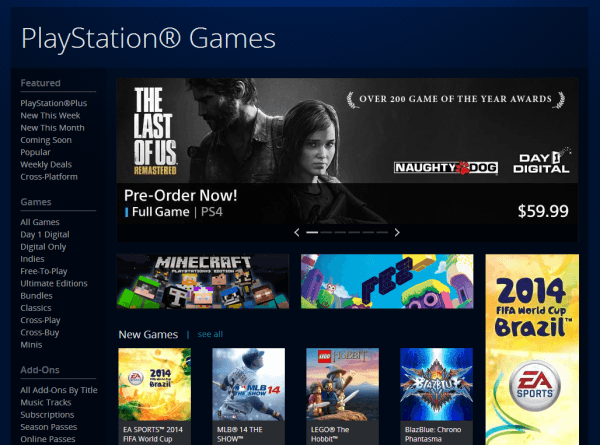 Clicking it gives the following error.

Interesting and very exciting news. Would you guys replay it on the PS4 if it’s a significant enough update? Hopefully, this includes all the DLC to make the $60 more appealing.

Tags: PS3 PS4 The Last of Us Remastered The Lst of Us
Previous Post