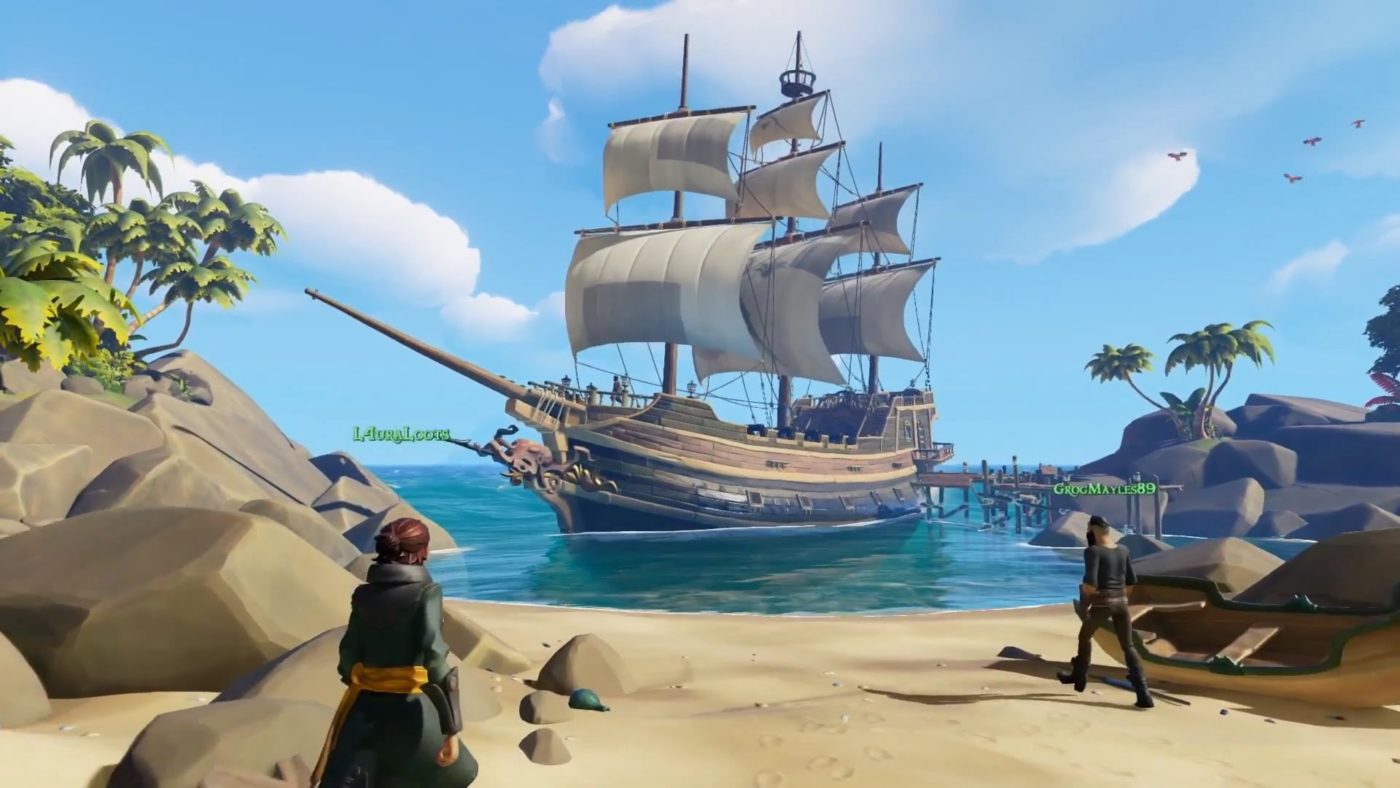 When Sea of Thieves eventually launches sometime in 2018, PC and Xbox players will be able to do battle with one another thanks to cross-play support.

It is certain to be a bloody war, for cross-platform rivalries run deep. Developer Rare knows this and almost added platform-exclusive sails to the game, to further fuel the conflict. PC players would get their own sails, and Xbox players would get theirs. Then, if a PC player spotted an Xbox gamer (or vice versa) at sea, they’d know they were a hardware rival.

Rare ultimately decided against this, choosing to instead “assimilate players as seamlessly as possible.”

“We’ve had these conversations internally … What we do have done if there was a massive imbalance [in cross-play]? I thought: Maybe we should just embrace it, and try to settle some 30-year old disputes. We thought about PC players having their own sails and Xbox players having their own sails … But we decided to shy away from that, for now at least, because we spent a lot of time on the balancing side and are keen to assimilate players as seamlessly as possible.”

Would you have wanted to see platform-exclusive sails in the game? Or do you think the platform war is bad enough as it is?

PSA: You Can Now Preload the Call of Duty: WWII PC Open Beta