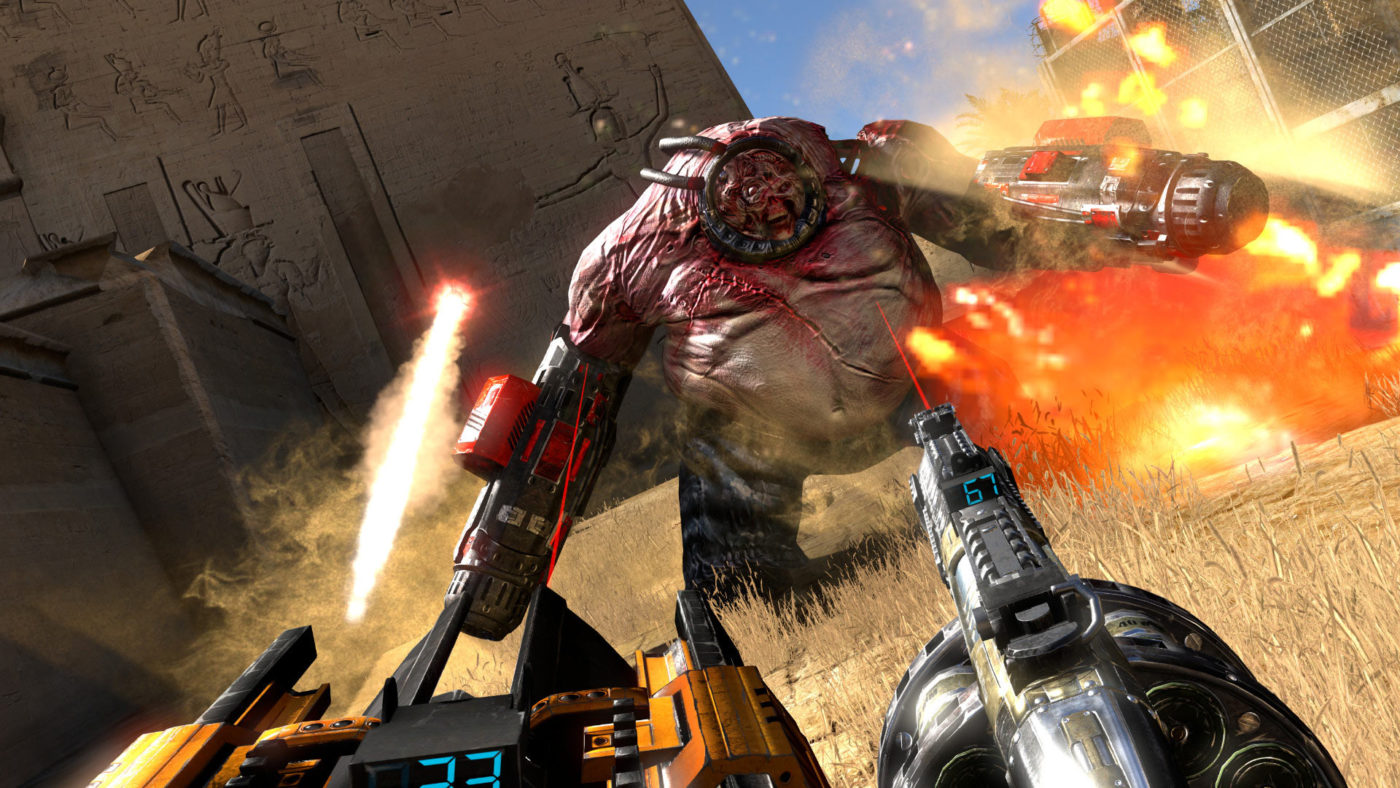 Remember Serious Sam? The first-person shooter that had you going up against aliens? If you didn’t, you might be getting a chance to check the series out in its entirety soon! The Entertainment Software Ratings Board (or more commonly known as the ESRB) has a listing for a Serious Sam Collection PS4 and Xbox One edition!

Here’s the ESRB description of the Serious Sam Collection:

This is a collection of first-person shooters in which players battle aliens and monsters in frenetic combat. Players use pistols, machine guns, shotguns, and sledgehammers to kill numerous creatures. Large blood-splatter effects occur during combat. Enemies are sometimes shown blowing themselves up into bursts of limbs and blood. Players are also able to rip the eyes out of creatures’ heads and/or rip the hearts out of soldier-like aliens. During the course of the game, harpy-like enemies are depicted topless (though usually from a distance). One character briefly references drugs in the dialogue (e.g., “I’m supposed to be doin’ blow off a stripper’s a*s right now.”). The words “f**k” and “sh*t” appear in dialogue.

In case you’re curious, the franchise is known for its single-player campaign, but it does have multiplayer.

The Serious Sam Collection for PS4 and Xbox One hasn’t formally been announced just yet, but once we do, we’ll make sure our readers know about it.

Asia PS Plus Free Games January 2019 List Revealed, and Is Arguably Better Than in US