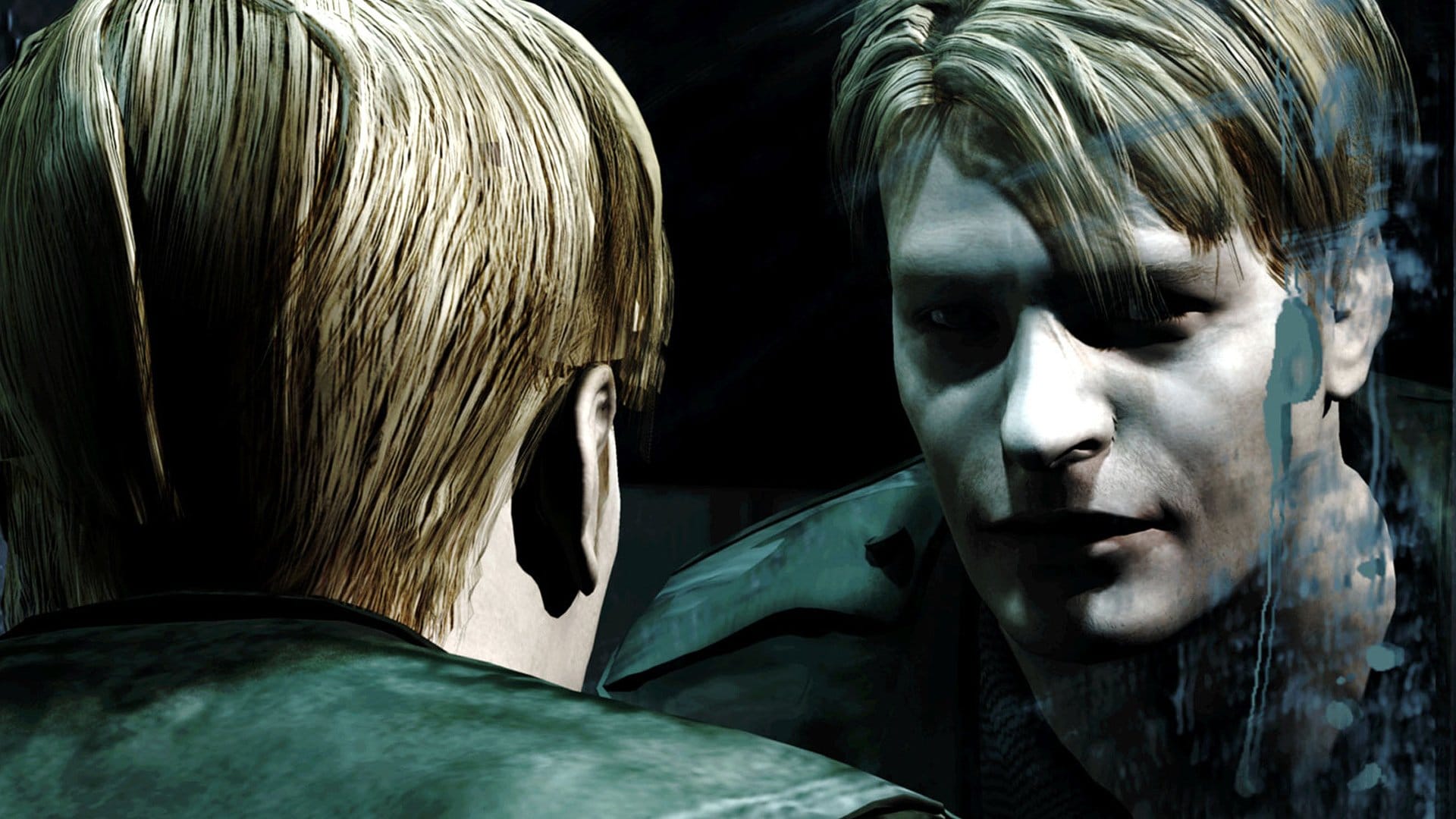 One of the greatest things a video game can do is stand the test of time, and in this particular case, it happens to be the follow up to the original Silent Hill that’s arguably more popular than its predecessor. We look back at the legendary Silent Hill 2 at 20 — a sequel that improved greatly over the original and is still considered a classic two decades later. 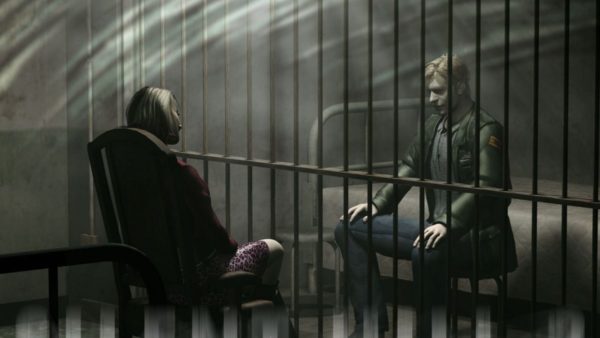 To get a better understanding of what makes Silent Hill 2 a legendary masterpiece, we have to go back to the beginning and briefly talk about the first game that started it all. In 1999, Konami released Silent Hill for the original Sony PlayStation — a survival horror title that relied on more than just cheap scares and served as a real competitor to Capcom’s highly successful Resident Evil franchise. Unlike the game that served up zombies and other bioweapon made monstrosities, Silent Hill was more rooted in psychological horror, and drew inspiration from Hollywood horror films such as Jacob’s Ladder. The first game saw main protagonist Harry Mason searching for his missing daughter while fighting all kinds of evil, and nightmarish-looking creatures that manifested out of the demonic presence that was unleashed in the town. Much like a horror film it was an experience of terror and discomfort, as the game made you aware of your surroundings thanks to the creepy atmosphere and static that comes from your radio — signaling that enemies are coming. This is provoked even further with the numerous puzzles and mysteries you have to solve in order to progress forward the game, which makes you tense as well as fearing what lies in the unknown at the same time.

Silent Hill became a critical and financial success, and as one of the final games to come out before the release of the PlayStation 2, eyes were turned towards a sequel. Team Silent, the group responsible for the original four Silent Hill games, actually began working on the sequel prior to the release of the first game, but the future looked bright in bringing a much better experience to gamers, and what could be made using the new hardware Sony’s newest console would bring. The PS2 allowed for more powerful visuals, textures, and graphics to be incorporated that it, improving things and bringing Silent Hill to life in a much more detailed manner that the town itself is a character that plays out as both a beautiful, yet creepy suburban neighborhood that is stuck in a moment of time, and yields unpredictable consequences for whoemver goes in there.

Released in North America for the PlayStation 2 on September 24, 2001, Silent Hill 2 shattered expectations and presented a vastly superior looking sequel, with players taking control of a new protagonist named James Sunderland as he searches for clues surrounding a letter delivered to him from his wife Mary Shepherd Sunderland, who died three years prior to the events of the game. Completely unrelated to the plot of the first game save for the setting, the game was a fresh new tale that was set in another part of the town, expanding on its history, and the effect it has to anyone who is drawn to it and dares to go inside. Venturing into the town, he meets other people who just so happen to be there, including a young girl named Laura, a teenager looking for her mother named Angela, and a confused man named Eddie. However the person James interacts with the most and establishes an impactful relationship with in the game is Maria — a woman who looks exactly like his late wife Mary but is much more aggressive and has never met him in her life. 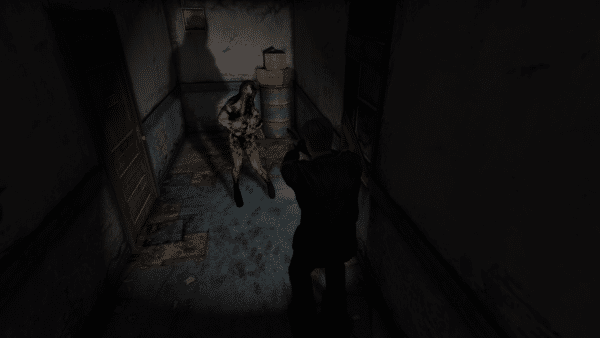 Because of its supernatural aspect, whoever visits is treated to a manifestation of their deepest fears and demons, thereby drawing on the psychological horror aspect the game thrives in. This explains why there are different monsters and creatures protagonists of the game faces — they are representations of their guilty conscience and whatever skeletons they have hidden inside their closet, and brought to life as enemies through the dark power that still resides in Silent Hill itself. For example — and this is leaning on spoiler territory, James’ manifestations come in the form of nightmarish nurses, deformed creatures, and a towering powerhouse called Pyramid Head who represent his guilt and sexual frustration over what happened to his wife, something that he has to confront by the game’s end and, depending on your choices, will determine the ending he receives. 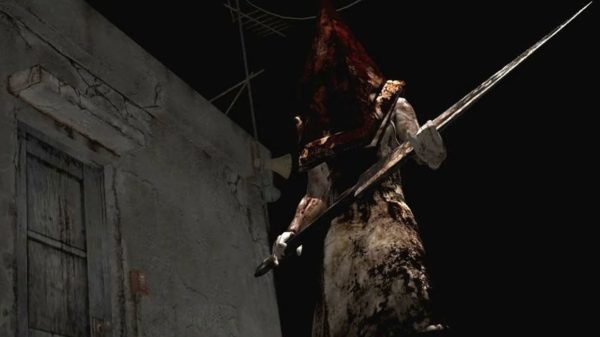 Unlike the first game or even the sequels that came afterwards, Silent Hill 2 holds the distinction of being the only Silent Hill game with several multiple endings that go beyond good or bad. Konami and Team Silent have kept their canonicity ambiguous, and range from James leaving Silent Hill and accepting his wife’s fate to a more grim outcome where he takes his own life. There are even two joke endings, which involve a dog, and the other UFOs abducting James and meeting the hero of the first game, Harry Mason. 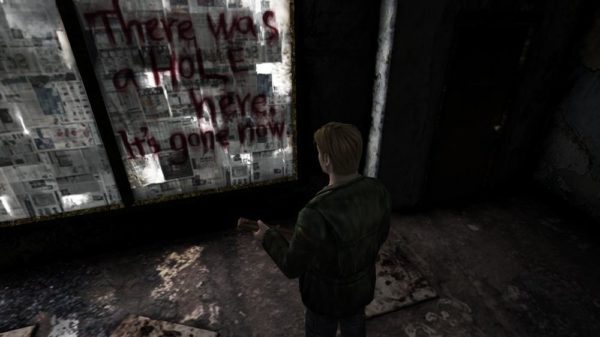 For the better part of two decades, Silent Hill fandom has come to embrace and hold Silent Hill 2 in high esteem as one of the most influential survival horror titles, and one of the best video games ever made. It is a work of art, and shows just how much Team Silent was instrumental in making the series a masterpiece thanks to the contributions of its staff, including artist and designer Masahiro Ito, and renowned musician and composer Akira Yamaoka. In fact Yamaoka’s music would serve as one of the core ingredients that made the franchise so beloved, with a resonating and haunting soundtrack and style that continued well into the new couple of sequels and even the 2006 Silent Hill film, which combined elements and used music from the first two games in the series. 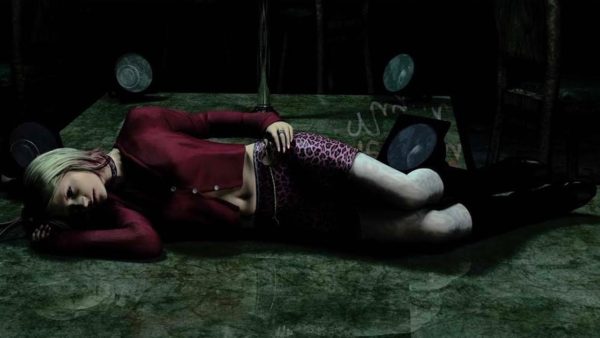 Silent Hill 2 would see many ports following its original release in the PS2. It would get an extended edition in the original Xbox that would make its way to the PS2 again as Silent Hill 2: Restless Dreams, and would include an extra scenario featuring Maria called Born From a Wish that served as a prequel to the events of the main campaign. There would also be a PC port for the game, and then eventually a high definition rerelease that packed the director’s cut alongside Silent Hill 3 called Silent Hill HD Collection for the PS3 and Xbox 360 in 2012. The latter release is highly criticized by fans however, due to the numerous bugs and glitches it had as the source code for the original games were lost and had to be recreated.

While there have been no new Silent Hill games made since Shattered Memories and Downpour, many fans consider the Team Silent games as the only true representation of the Silent Hill franchise done right. An attempt was made to resurrect the series back in 2014 in Silent Hills — with Metal Gear series creator Hideo Kojima collaborating with Guillermo del Toro and The Walking Dead star Norman Reedus on the project. Unfortunately that project was ultimately cancelled following the well documented split between Kojima and Konami, and the future of the Silent Hill series has been all but forgotten. Much like the town itself the series remains in isolation and dormancy, until we see signs of light like the rumors that have stirred on a new game being made.

Happy 20th anniversary Silent Hill 2. You will always be in our restless dreams.

Views expressed here are that solely of the author’s and does not represent that of MP1st’s staff.