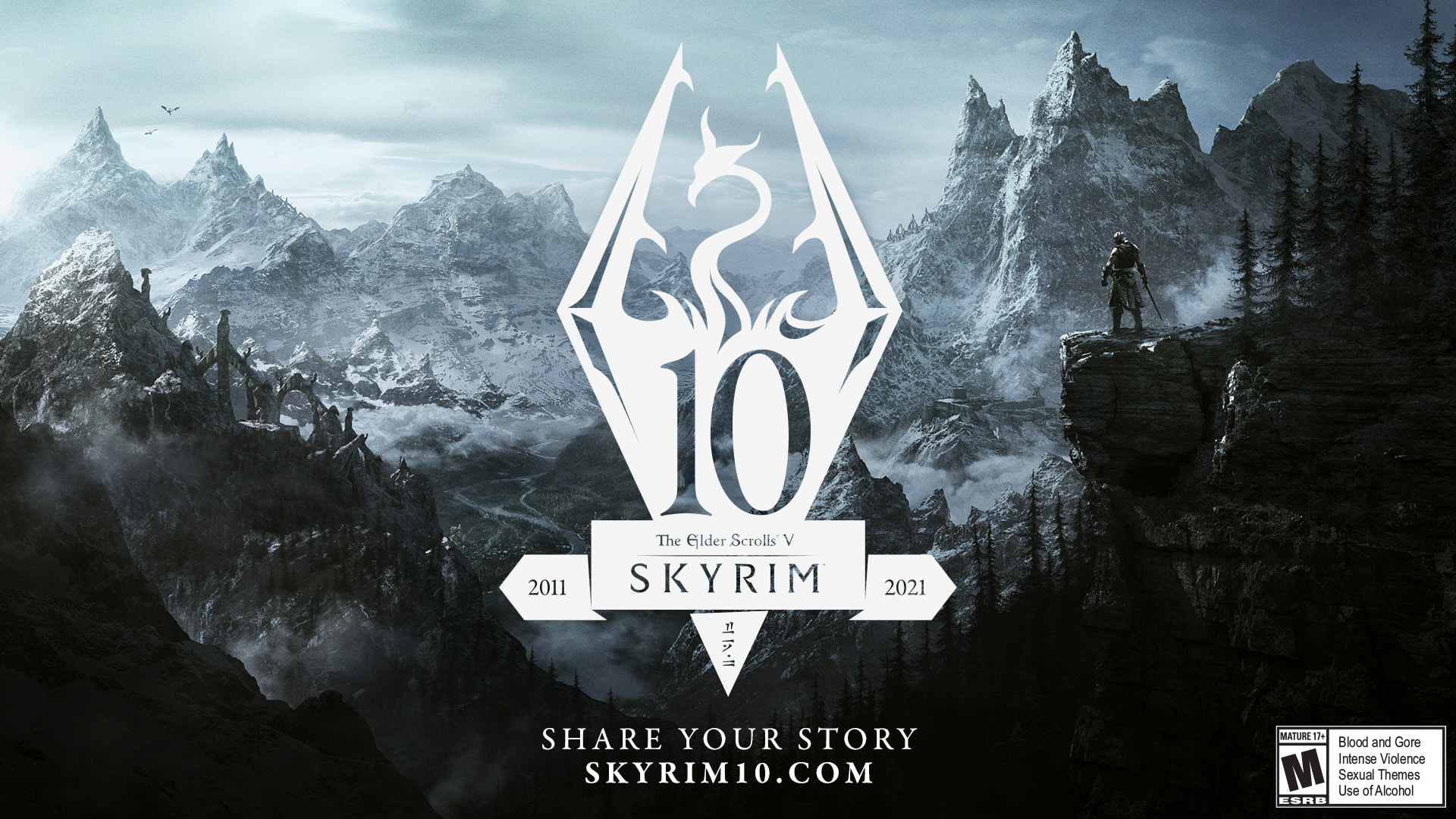 Fans of the Elder Scrolls franchise are honoring one of the most critically acclaimed installments in the series, as Skyrim holds its 10th anniversary celebration — with details released by Bethesda themselves on how they’re going to celebrate with the fans!

First up, a trailer for the newly released The Elder Scrolls V: Skyrim Anniversary Edition — which contains the complete game and all its DLCs including the new Creation Club content!

Also, here’s the details on the Skyrim Live in Concert happening at 2pm EST at the official Bethesda social media channels, as well as Creation Club content that will players can get for free!

Skyrim Live in Concert
Experience a once-in-a-lifetime musical event as the London Symphony Orchestra and London Voices perform the sounds of Skyrim at the historical Alexandra Palace Theatre. Tune in today at 2PM EST on the official Bethesda YouTube or Twitch channel and take in a tribute to the many anthems, ambient soundscapes and memorable tunes of Skyrim as we celebrate those who’ve made the game what it is today: the players.

Bethesda recently released a new update for Skyrim which you can read about right here.

For more details on the celebration, visit the official Skyrim 10 website.