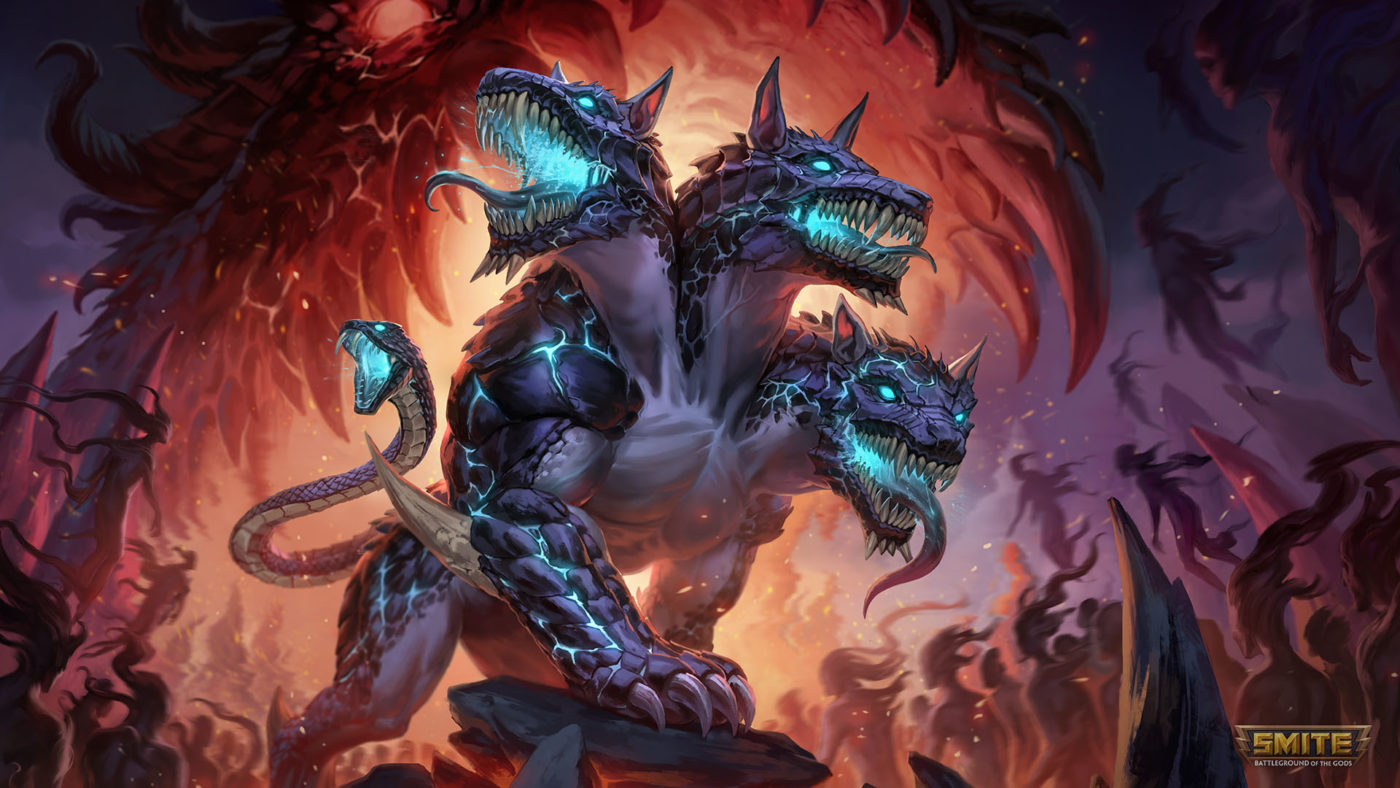 Paladins players aren’t the only ones who have something to look forward to in the upcoming weeks, as Hi-Rez Studios’ popular third-person MOBA, Smite, has gotten quite the content reveal as well during today’s keynote at the Hi-Rez Expo event.

The studio announced what fans of the free-to-play title can expect for the final patch of the season and beyond. Among these announcements is probably the biggest and the most anticipated reveal for Smite, which is the full reveal of the Conquest map. This is something the Georgia-based studio has been teasing for the past couple of weeks.

Aside from this much anticipated reveal, Hi-Rez Studios did not stop there in terms of adding features the playerbase have been requesting. One of the most requested gods in the game is also being added with the upcoming patch. Whom you may be asking? Well, according to the recent god reveal it’s none other than Cerberus. This name might sound familiar if you happen to know a bit of mythology, as Cerberus is the three headed hound that guards the underground.

To celebrate the release of the game’s 93rd god, Hi-Rez Studios is also launching a brand new in-game event “Hades’ Ragnorok”. While not much is known about this event, it appears will come with a set of exclusive skins for god’s such as Thor and Xing Tian.

You can check out the skins below and the first look of both the new Conquest map and Cerberus:

Hi-Rez isn’t done quite yet when it comes to content the Smite playerbase can expect this year! Hi-Rez Studios have also announced two new pantheons; Slavic and Voodoo will be added to the game sometime this year.

Aside from the new Conquest map, you can expect this new content to launch in the upcoming week for PC, with the console version of this patch releasing the week after as always.