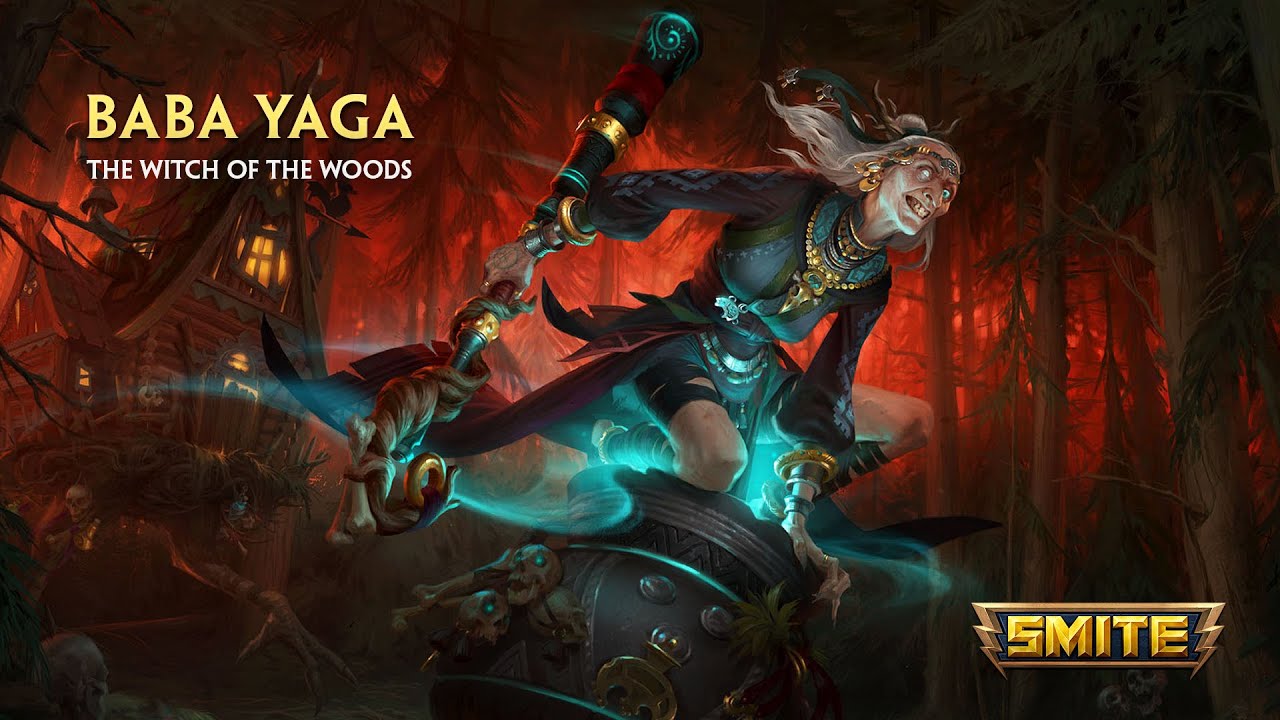 Hi-Rez Studios has released yet another big update for SMITE! This one is for the Witch of the Woods update that includes Baba Yaga, a host of gameplay changes and more! Check out the full SMITE 11.38 patch notes below.

Here’s an infograph detailing every new change included in this new patch (via Reddit user BluesUltra):

BALANCE LIVE WITH THE WITCH OF THE WOODS UPDATE APRIL 21

Pro play has not officially started, but from our communications with pros and early reviewing of scrims, we have clear evidence that the invade meta has persisted into Season 7. Our goal as a design team was to discourage invades, but not make them impossible. Invading can be a high risk strategy that can be exciting to play or watch, and the Season 7 changes did a good job of slowing this strategy down in normal and ranked games.
However, we do understand that there was a significant amount of frustration toward this meta and we want to take bigger steps toward shifting the meta elsewhere. In this update we will be introducing a new mechanic to the Conquest map: Invader’s Curse. If an enemy god enters the area around their opponent’s back harpy / speed buff area they will be significantly debuffed. This will be active for the first minute of the match.
Invades might still occur on other parts of the map. We have gotten word of 2v2s for purple or blue at the start of the match. These invades are unaffected for now because they often result in kills or camp secures that move the game forward. We wanted to specifically discourage the type of invade where one players essentially sacrifices their progress to slow the progress of another, which we feel is inherently unhealthy to the pro meta.

Lots of data and feedback has come through since the new map launched in 7.1. This map introduced more strategy to the map as well as a new art set. With the addition of more jungle lots of concerns about pacing and snowballing have been brought up, and those are the primary issues we plan to address with this update’s changes. There is also a good set of QoL adjustments.
Minions were not scaling in the intended way, and will now scale in XP reward similar to how they do in Conquest. These fixes will prevent player levels from stagnating out in the late game. It will also make it easier for the losing team to stay in the game as long as they can clear their minion waves. You’ll also get that minion XP from further away.
Red buff is being made tankier and receiving a more clear pre-game timer to ensure the fight over it is an interesting one. At the same time the other jungle buff camps are getting squishier to speed up rotation times.
Finally, lots of adjustments are being made to structures and objectives. These were too squishy leading to quick clean sweeps of the map. It will now be harder to kill the Phoenix, Titan, and Demon King. There are some specific changes unique to Joust or Duel for these.

HAND OF THE GODS
Along with the invade changes, we are buffing HoG slightly to ensure a smooth experience. This buff should allow junglers (with Assassin’s Blessing bonus) to clear the mini’s in buff camps or harpy camps through the early game with HoG alone, speeding up their initial clear times.

HEARTSEEKER
Although many changes this update are protecting Junglers, we have received persistent feedback that Heartseeker feels overtuned. This item allows for a huge power spike in the mid to late game for Assassin’s, and we have seen data to confirm they could be brought down slightly. Similar tech that Soul Reaver uses is being applied to Heartseeker to reduce the bonus damage when fired on a single target in rapid succession.

MANTLE OF DISCORD
Mantle of Discord has been your one stop shop for the best all around defenses, and that may still be the case after this change, but we plan to introduce more counterplay to the item. The stun will now fire on a delay after the CC immunity with an additional visual FX cue in between. This should allow opponents of the Mantle to avoid, cleanse, or play around the incoming stun in more ways.

RING OF HECATE
Mage ADCs are on the way up after a few targeted buffs and item buffs, but still not quite rivaling their physical counterparts. Ring of Hecate is a new item that has not yet found its way into their builds, and is feeling a little lackluster all around. We are decreasing the cost and making a big change to the passive to help this item fulfill the role it was meant to.

ARES
Ares received a pretty intense buff a few months back but was quickly forgotten about in the Conquest meta. Ares is a uniquely aggressive guardian so he can struggle to play the support role. To give Ares a little more control in difficult team fights we are decreasing the self slow he applies to himself while ulting. This will allow him to better avoid incoming attacks and will also give him more control of where he pulls enemies to if they fail to avoid the pull.

DISCORDIA
The Goddess of Discord has caused quite a debate in the SMITE community, which is exactly where she wants us. Many players are convinced that Discordia is not as strong as she needs to be to compete in the current meta. Generally people perceive her Ultimate to be the weakest part of her kit, as the warmup and travel time are both quite slow and easily avoidable. We are making the apple travel much faster to help it hit its target.

HORUS
Horus has fallen off pretty hard in most levels of play. This god has the potential to be a top support, yet is still struggling in the metrics. We are decreasing the cooldown of his primary engage and lockdown ability, which should make a big impact. Additionally, we are speeding up his movement speed while flying in his ultimate. This number here looks insane but diminishing returns apply harshly during the effect. The speed increase should be noticeable but not overly shocking.

KUZENBO
The King Kappa has a gun now, but with his treasured Hide of the Nemean Lion being nerfed the big guy has struggled. We are looking to make him a more reliable support, by making his defense passive stack for much longer and for giving him more control over where he takes enemies hit by Sumo Slam. In addition to those defensive changes, we are removing the cap on NeNe kappas spawned. Kuzenbo’s kappa army will finally be realized!

MULAN
New gods are always an interesting balance project. Of course, there is always a lot of feedback about them being OP, even when stats clearly suggest otherwise. Mulan has been relatively balanced, and near the middle of the pack. Feedback about her being OP has been a bit more quiet than usual, and her stats are low but not alarmingly low. We have heard clear feedback that her Ultimate feels underwhelming, so we are adding a new component to it to reward Mulan’s who have built defenses already.

RA
The Egyptian Sun God hasn’t seen the light of buffs in quite a while! This god still hold a special place in many player’s hearts, but he has struggled in the metrics lately. We are bringing back an element of Ra that his kit actually had in closed beta SMITE, where his Solar Blessing will give his allies a Power buff while they are inside it. This encourages Ra to use this ability in combat, and gives him some interesting strategies around structures or jungle bosses

SCYLLA
Our final balance change is more of a QoL or bug fix, but it will certainly have a balance impact. First we fixed a small bug around Scylla’s max rank protection debuff on Crush, but that’s not the big news. Scylla will now be able to refire crush even while CC’d or dead, this is a long-time request and since we have applied it to some other gods we feel that it’s only fair Scylla gets it too. We will also continue to look at this concept for any other gods who might need it.

Don’t forget, there’s a bonus update out on May 5 which is part of this update. Once that’s out, we’ll let our readers know.