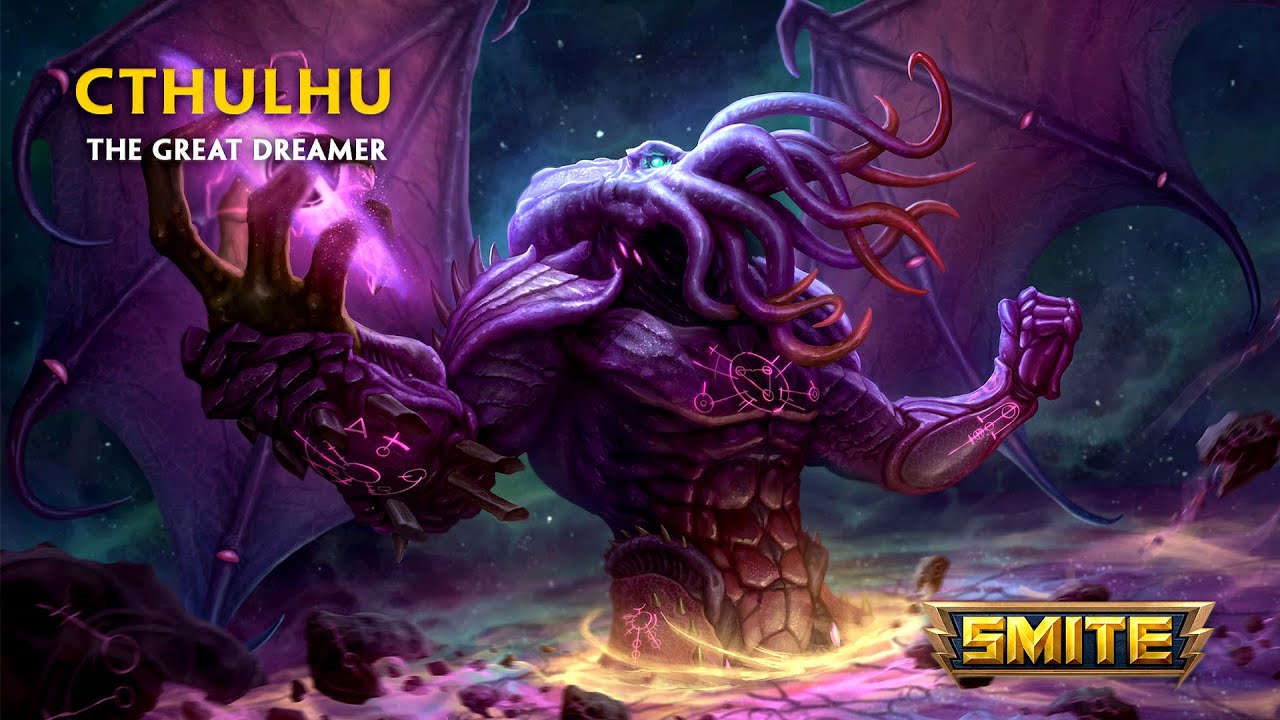 This patch is 9GB on PS4, and 7GB on Xbox One. We’ve included the one-piece graphic patch notes list via Redditor BluesUltra as well as the patch notes from the PC version which got this update first.

ARENA
Along with the arrival of Cthulhu comes the arrival of his signature map. The Arena map is receiving an art update to match this deep-sea god. The map itself will now be plunged into an underwater abyss. Additionally, there will be one change to the mode’s mechanics. Minions will now provide tickets as long as they were damaged recently by a god, instead of last hits. Applying such weight to last hitting in this mode often led to confusion about ticket leads caused by minions randomly dying to other minions even when under fire from multiple god abilities. The experience should feel more consistent now.

DUEL
Duel is focused around outplaying an individual opponent and pushing that advantage. Getting a level lead could however result in situations where a single death could create a long respawn time that allowed for a behind enemy to suddenly win. Losing with a lead should give your opponent momentum, but not fully negate winning for 10+ minutes. We are adjusting the respawn rules to reduce the punishment while still letting a player who won a fight from behind to have opportunities.

CONQUEST
In conjunction with some big changes to Solo Lane itemization, we are increasing the impact that the Totem of Ku has. This update, and likely more updates in the future, will continue to incentivize aggression in the Solo Lane, and Totem is a key way of rewarding that type of play.

WARRIOR’S BLESSING
The Solo Lane has received quite a bit of feedback lately. The main thing we hear from players is that there are not enough ways to leverage advantages over your opponents. This lane is defined by one on one combat, but in a world where no one really wins, the lane feels stale. We are starting to address this through shifts to Warrior’s blessing, heavily decreasing its sustain and mitigation features, and replacing that with god-only bonus damage. We have significantly more changes planned for Solo Lane in future updates, but we felt no need to hold this one back when players so clearly crave it. We will be watching the impacts of this change closely and intend to use lessons learned to guide future decisions regarding this role.

GOLDEN BLADE
Golden Blade serves as a way to give cleaving damage to Basic Attack gods. While it has a long history the limitation to Melee only with our past balance has left it underwhelming. A lower cost and a small boost to Attack Speed should make it more attractive and allow for some creativity for gods that can use it.

Movement Speed can be a fun but very powerful stat. When it becomes too easy to stack and build it can disrupt the pacing of not only rotating around the map but combat pacing. We began seeing a rise in builds utilizing these items together, pushing the boundary on what an always on movement speed boost should be. We are taking the edge off a select few items to keep these builds from falling into the “meme” or “frustration” stages.

AH MUZEN CAB
Ah Muzen Cab often buzzes around meta consideration, flying into the spotlight off small shifts. Since his last round of nerfs however he has struggled to find that type of opportunity. Hive placement is key to a lot of his strength. In highly mobile fights he can often find himself outside his network. A reduced cooldown on Hive and a boost to Swarms overall scaling will give him a stronger sting while teamfighting.
NOTE: Bees! was nerfed to 5 base damage a few patches ago, but upon closer inspection it seems like that nerf was not implemented. Rather than implementing the change and nerfing him now, we plan to fix the text

BABA YAGA
This chaotic witch has been stirring up some trouble since her last round of buffs. While still underperforming she is much closer and we expect as players are able explore her kit without as many bugs we will see her rise some more. We do however want to further improve her usability to aid in this process.
Home Sweet Home has a minimum range to prevent throwing a witchfire bolt directly underneath her. We are decreasing this so players who are directly on Baba Yaga can still be threatened. She can also now move at full speed in all directions which can make her an equal threat while retreating as she is chasing. Finally, Blast Off could be interrupted and go on cooldown before providing any effect. It is being updated to provide benefits immediately, providing more reaction for Baba Yaga and preventing it from going on cooldown before it has done something.

CHRONOS
When Olorun was released his basic attack projectile speed was set to 110, matching Hunters. We are making the same change now to Chronos, Sol, and Freya. This should help their Basic Attacks feel more hunter like and create a consistent playstyle across the roll. Chronos has separately been underperforming, seeing a drop at a variety of skill levels. We wanted to highlight a strength of his, in-lane boxing. Accelerates immediate burst of speed gives Chronos flexibility when it comes to boxing, and with a small buff with become a stronger and more defining strength.

FENRIR
Through a few different metas, maps, and item changes we have not seen Fenrir really grab hold. It feels like this god really never will be released. Last time we really did see him was when he was played in the Support role! It was awesome, but not really his intent and not something he excels at anymore. To boost his presence as a jungler, we are decreasing the cooldown on Fenrir’s primary jungle clear ability. Ragnarok might be approaching yet again…

FREYA
Freya is only receiving the Basic Attack projectile speed change and is not receiving an additional buff like Chronos or Sol. Since her full revert she has occupied a healthy spot. Strong in the right hands while not creating meta balance problems…for now at least. We expect this change to be minor overall and simply help with creating a consistent feel across ADC gods.

GANESHA
Ganesha focuses on removing barriers and uplifting his team. Turn of Fate provides a strong damage stim to his allies but is difficult to really apply without minions nearby to stack its effect. Turn of Fate will now provide 2 stacks when hitting a god which is a more common target when the teamfighting phase begins.

GUAN YU
Guan Yu’s Passive encourages constant fighting once it has become active, but doesn’t convey the information needed to make smart combat decisions. Guan Yu will now slightly flash as this passive is going to fade to let Guan Yu players know if they are about to lose this effect.

ISIS
Isis’ update during last year’s Mid Season pushed her to the top. For some time afterwards we repeatedly nerfed her and today she struggles to have a strength that allows her to stand out among other mages. We are reverting a nerf to Wind Gust with the focus of her early pressure being her stand out strength.

NEMESIS
Nemesis has certainly had the scales stacked against her lately. Even after recent buffs we failed to see much movement in her metrics, and player feedback was clearly unsatisfied with the changes. We are adding quite a bit of potency to her passive, making each single stack significantly more impactful.

NU WA
The Clay Soldiers have taken notes from Artemis’ Tusky and are coming to the battleground with some smarter tactics. The increased Range is the only direct buff, allowing the soldiers to more reliably charge when Nu Wa marks someone at max range. Outside of this they will be more responsive to enemies entering combat range, won’t get stuck trying to attack, and can more quickly face and charge their enemies. Sticking closer to targets will also assist lining up the Shining Metal combo.

TERRA
Terra has a large windup for her first Basic Attack which made utilizing her passive difficult. We want to make it a stronger option for players who are skilled at utilizing this passive to weave it into combat.

ZHONG KUI
Zhong had a short period of complete meta dominance, which resulted in a rather heavy nerf to his passive and his tankiness. This has harmed Zhong Kui’s identity as a battlemage, and meta shifts since then have pushed his metrics even further down. We feel comfortable at this point to completely revert this change, hoping that this Mage can be more than just a ghost of the past.

Aside from this SMITE update 11.44 June 16 patch, the next bonus update is set to drop on June 30. We’ll be sure to post the changes included there once it’s out.