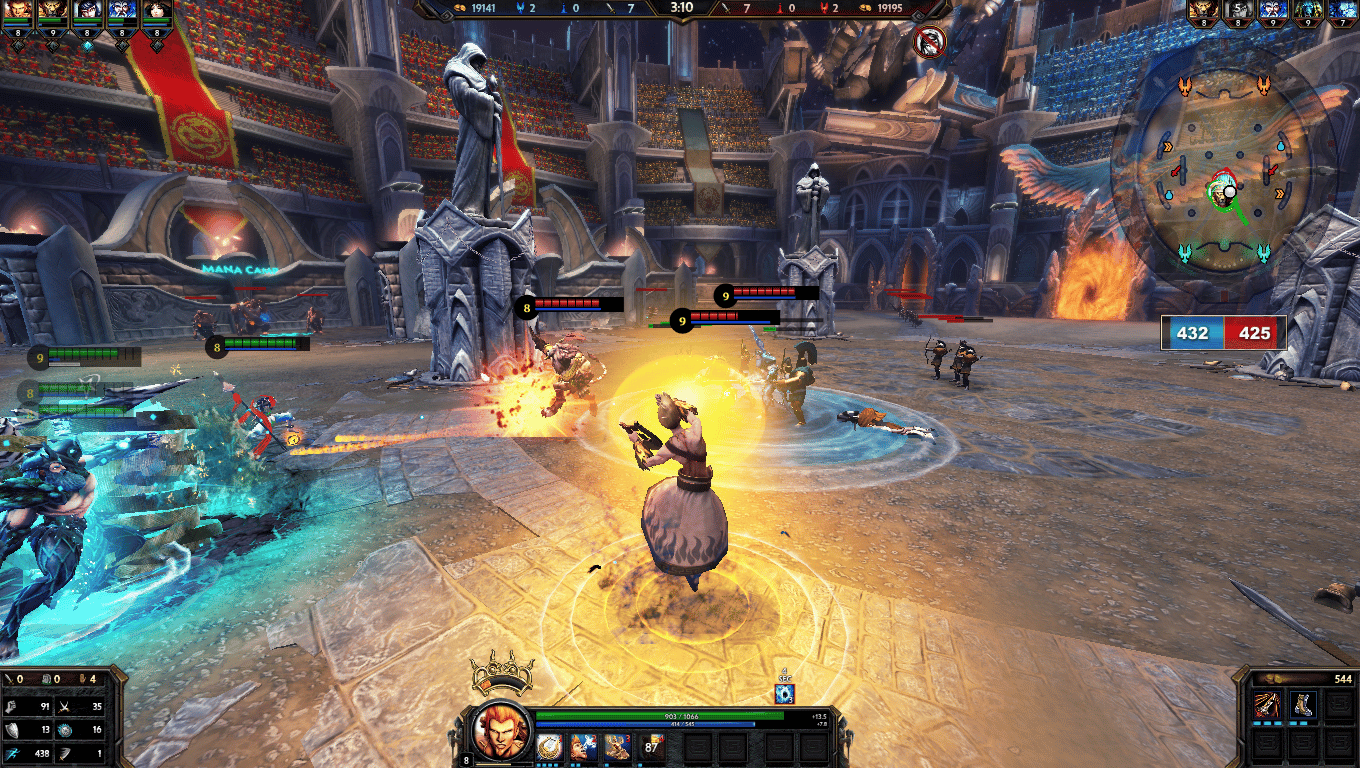 While we gpt the SMITE mid-season update two weeks ago to the patch tagged as 7.7, Hi-Rez Studios has released the SMITE update 11.49 July 28 bonus update out now. There are new god skins, and item changes you can check out below.

SHADOWSTEEL SHURIKEN
Shadowsteel offered strong utility to critical strike builds, which had potential to be overpowering. However, It seems like we overvalued its utility. To make this item more attractive we are giving it a small cost reduction and increased Physical Power.

GOLDEN BLADE
Golden Blade and Arachne, can you name a more iconic duo? Basic Attack Assassins in particular have seen a strong rise with the recent buff to their itemization. The cost reduction made this item more accessible which is something we want to keep but the amount of clear gained was too much. Rather than reverting the change we are tweaking its existing stats.

SERRATED EDGE
Serrated Edge has been a popular choice for Assassins in the mid season patch, although a few gods can push its power to extremes that the rest of the god pool cannot. We are increasing its cost for now but may look to do more adjustments in the future to open it up to a wider array of gods.

SPEAR OF THE MAGUS
Spear of the Magus, Heartseeker, and Soul Reaver are strong items for both dealing damage to squishies while also bypassing enemy tankiness. We are keeping a close eye on how tanks feel in relation to damage dealers with our recent changes, but it will take some time and experimentation to see where everything falls. In the meantime these items that are universally good should be more focused in their strengths.
Spear of the Magus was simply too cheap for what it provided. Opting into boosting your team’s damage should come online slower.

HEARTSEEKER
Heartseeker’s % Penetration and Health Damage indicate it works well against tanks, but the raw power provided made it good in nearly all cases. A power reduction should take some of the edge off.

SOUL REAVER
Soul Reaver falls into the same category as Heartseeker. A reduction in power here should focus it more towards damaging tanks and feel weaker against squishies

RING OF HECATE
Ring of Hecate provided a huge boost to Magical ADCs in the Mid Season patch, providing a strong spread of stats, utility, and sustain. We are increasing its cost and removing the bonus healing per stack to highlight its power draining utility while giving opponents better counterplay.

SOUL EATER
This unique lifesteal item was given some solid buffs for Mid Season, which was especially interesting to Solo Laners who would be losing the sustain from Gladiator’s Shield. Due to its high power, many Jungle Assassins are picking up this item and gaining an additional boost they certainly do not need. We are bringing down the Physical Power, especially in the early game to make the item slightly more difficult to utilize in the Jungle.

HAND OF THE GODS
Hand of the Gods is being boosted to ensure when used early it can clear minis while also helping more with the increased difficulty of the Jungle.

BAKASURA
Bakasura has been eating well after his changes and the buffs to his supporting items. He was struggling before the Golden Blade buff, but with its cheaper cost and addition of items like Serrated Blade and Atalanta’s Bow he ended up not needing this adjustment. We are reverting it. This revert plus the nerfs to his core items should slow down Baka sufficiently.

CAMAZOTZ
With the changes to Warrior’s Blessing, Potion Stacking, and Gladiator’s Shield being, sustain has additional value in the Solo lane. Camazotz has the ability to be overbearing with his early sustain. We are reducing his protections and the sustain from Devour to make brawling with him a stronger option.

CTHULHU
Cthulhu has strong moments of power, especially in the early game. Rushing Terror’s Base Damage combined with his Sever makes him able to pick up kills quite easily. You should be afraid when he ults, but the amount of damage he was doing was too high.

RAIJIN
Raijin’s poke, especially at higher levels of play, can be very difficult to fight against. Now that he can clear lane effectively in the early game, we are reducing the scaling slightly to make his damage output more manageable in the late game.

RATATOSKR
Ratatoskr’s rework is out and people are going nuts! The general consensus seems to be that he is strong but we are still seeing a lot of experimentation with different builds. We are targeting the most frequently purchased acorn (Bristlebush) and the winningest acorn (Evergreen), toning down his power while still leaving room for players to experience each acorn.

You can check out the new god skins here.