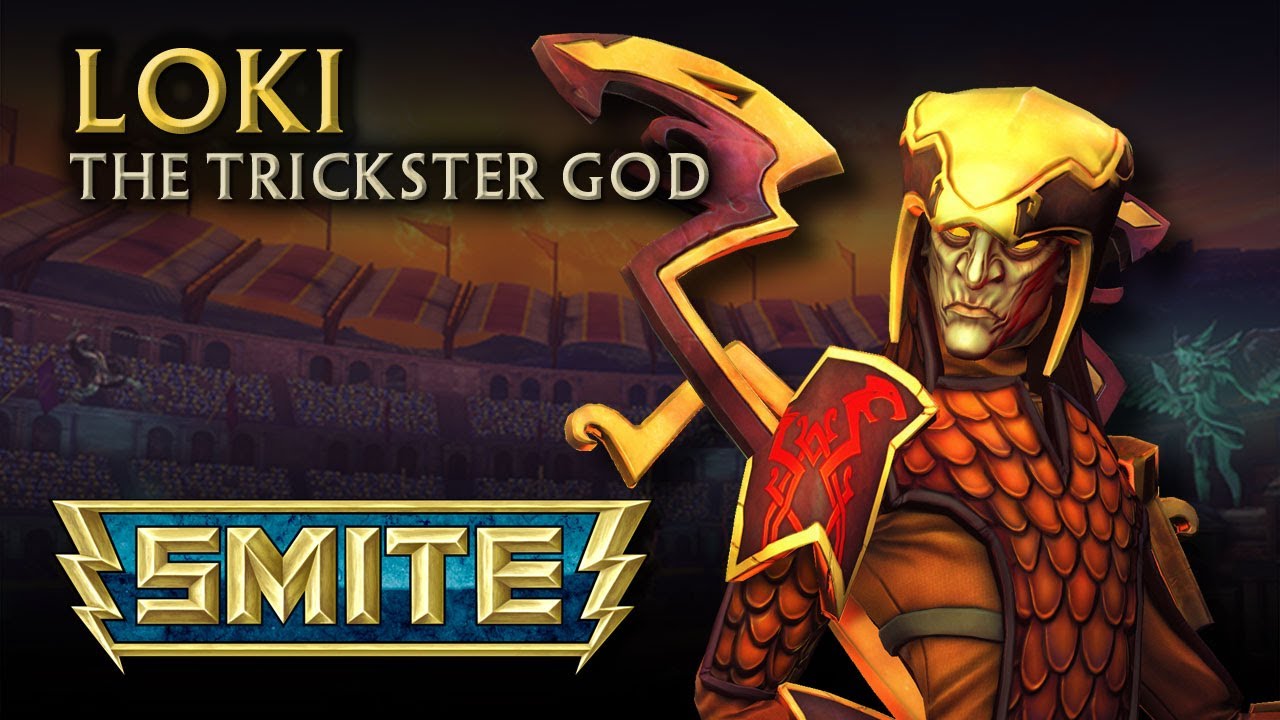 Hi-Rez Studios has released the SMITE 11.56 October 6 patch, and this brings The Trickster God update to the game! It’s called the 7.10 update internally by the devs, and should be live on all platforms as you read this. Head on below for the full patch notes.

Loki fans and haters alike, the Loki Rework is finally here! This trickster will have a mixture of familiar elements with some entirely new surprises to bring to the battleground. We focused on preserving the stealth Assassin feel his kit evoked, but removed many of the frustrations surrounding him. Enemies should feel more in control when fighting against a Loki, having options to counter his incoming damage with a larger window to react. Loki mains should however find an array of new abilities to use when it comes to Jungling and teamfighting. All this is tied together with stronger lore ties and a doubling down on his dagger mastery. Prepare to face his tortured past and try your best to dodge his flurry of dagger strikes once this god hits the battleground!

In the initial dev blog update we discussed our vision but also the need for us to continue to iterate through development and playtesting to find the right timings, balance, and tweaks that may be needed. To see where we started from and to give context on the changes below we encourage you to read the initial dev blog here : https://www.smitegame.com/news/developer-update-loki/

As the fall season is upon us, so is the return of SMITE Adventure Modes! The team is fully focused on creating the brand new Season 8 Conquest map, so we won’t be bringing any new adventures out this year. We will be revisiting Classic Joust, Domination, and Corrupted Arena over the next 3 Updates. We are aware that Medusa’s Deathmatch is a fan-favorite, but the 3-team UI of this mode creates many problems in the game and is preventing us from bringing the mode back, for now.

This item was the target of a major rework in the Mid Season Update, with many players finding it to feel a little too strong. Mage ADCs took over the game for a few months, making it hard to see the impact of physical Hunters, but we can now finally see their strength. This item is the premier 20% Penetration Item for Hunters. Every damage class has one and we intend to keep this item at 20%, but the rest of the stats need to feel balanced to a high pen item, so we are taking the attack speed down as well as the movement speed from the passive.

The new Hunter meta build revolves around this item. As we continued with some careful Hunter nerfs, we are bringing the attack speed down on this item slightly to make the power gained from the passive less intense.

The loss of healing on Gladiator’s Shield has shaken the solo lane meta to its core. The shake ups were good, but the new item wasn’t. We are improving this item in a few more ways to stay true to its spirit as a damage option for tanks. Now the item will feature a fairly unique mechanic where it deals increased bonus damage based on PROTECTION scaling (not power scaling)! This should allow warrior’s to better itemize into a backline diving strategy.

We have been continually looking for support items that feel underwhelming, and we have some bigger plans in the future, but for now we have identified Emperor’s Armor as needing some help. This item can be a very strong pickup for the “true support” players especially in Conquest, and a little extra protections should make them feel a lot better about building into this item.

The New Hide scales with protections, preventing squishies from using it. However, the Protections scaling was a little too easily attainable, allowing tanks to get the stacks too soon or too easily. We are increasing the amount per stack required to slow this down just a little.

This Lion certainly won’t be cowardly next update. Anhur tends to stay low win-rate, even when pros are happy to pick him up in certain metas. One thing we have been hearing is that his movement ability feels a bit old and outdated. We are speeding this up to help it feel up to today’s standards

Get ready to put the moves on ‘em. Apollo is going to be styling with his dash being sped up in a similar way as Anhur’s leap. We are hoping these changes will breathe some life into some older hunters that certainly have potential to be in the meta.

The master of Arena continues to struggle in Conquest. For this buff we looked specifically at Ares’ underwhelming ability, and what he seems to lack for success in Conquest. We are adding some HP sustain to Bolster Defenses to provide Ares with some much needed recovery as well as make Bolster Defenses a more attractive ability to put a point into.

This god is ever shapeshifting from meta to meta. With very few balance changes to the goddess directly, we have seen her rise and fall a few times. Certain pros have a preference for her, which certainly helps. We are reverting a nerf to her heal to empower her as a support, and make sure she feels like a viable duo lane choice.

The party is going to keep on going until Baron can successfully play the Mid Lane. Some recent small damage buffs have moved him in the right direction, but he’s not quite there. There are still a lot of incentives to build him hybrid or tanky, so we are looking to increase the Power Scaling on his primary damaging ability.

Time to throw this dog a bone. Fenrir received some recent buffs that only made a small impact. The god has a very specific role in singling out and killing an enemy god with his Ultimate, which we are aiming to improve. Movement Speed gets heavily hit by diminishing returns when at such high numbers, so this change shouldnt be as huge as it may appear, but it will help Fenrir chase down his target more effectively. We are also partially reverting the rather heavy damage nerf to Unchained that resulted from the Fenrir Support meta.

Calling all snipers: Eagle Eye buff incoming. This is a unique ability which allows Hachiman to hit enemy gods with basic attacks from an unmatched range. The god used to see a lot of pro play and we wanted to be careful with his launch, so this ability was intentionally underpowered for a while. We are bringing it up to feel more impactful, hopefully keeping Hachiman in the hunter meta.

The god of the afterlife has fallen to pieces. Mid Season hurt Osiris more than most Warriors, and he is still struggling to catch up even with the strong Warrior items available. Osiris is known for his high pressure, so we are taking steps to improve that aspect of his design, and make sure it persists into the late game. Increased Damage scaling will give Osiris more reasons to build power, and a sizable increase to the range of his Ultimate will make him much better at chasing down enemies.

LORD OF THE AFTERLIFE

SERQET
The queen of the SPL has fallen. For years this god was considered unbuffable due to her constant participation in competitive play. Recently we have seen her fall off more and more due to some direct nerfs a while back as well as meta shifts. Serqet, even at her absolute peak, usually fails to put up much win-rate, so these buffs feel safe to bring her back into the competitive scene, specifically by encouraging an aggressive high power play style.

VAMANA
This big guy has had a few recent adjustments to this movement speed rules during Colossal Fury. The previous movement speed was quite strong, and the current one is feeling a little too weak. The experiment with partial haste effects on Atalanta’s Bow seems successful, so we are trying that out on gods.

As expected, Hi-Rez announced that a Bonus Update scheduled to be out in a few weeks’ time. Once we know more details about that, we’ll let our readers know.