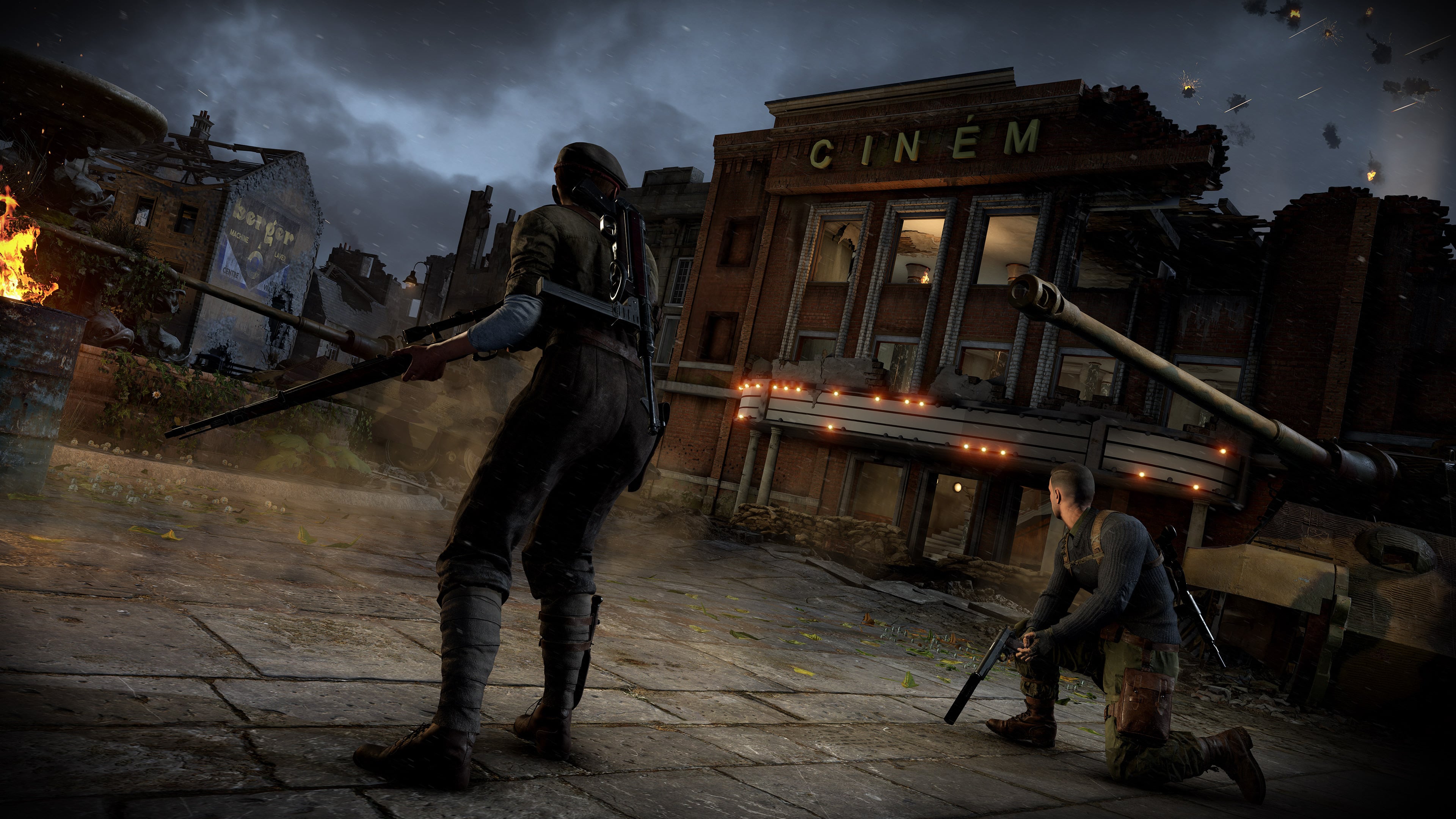 Rebellion has fired out Sniper Elite 5 update 1.08 on all platforms today, and it’s a rather meaty download, though it doesn’t include new content. Read up on what’s new in the Sniper Elite 5 July 26 patch notes.

Update: Rebellion has released the official patch notes for what the studio calls Update 1.21! Read on for the new content and more!

The new Multiplayer map “Flooded Village” pits players against one another across the vast fields and paths of a rural farming village that’s been intentionally flooded in order to prevent allied aircraft from landing. Flooded Village can be played in all multiplayer modes, including No Cross and boasts the longest shots so far in SE5’s multiplayer to date. There are plenty of vantage points to be found here and more mobile players will find a number of useful flanking routes.

We’ve added a new Shooting Range’ area that contains everything you need in order to fine tune your arsenal prior to entering the field. There are a number of ranges that contain targets at known distances, so you can get the hang of ‘zeroing’ your scope, try out different attachments and build optimal loadouts for each of the game modes. You can access different loadouts, game modes and difficulty settings via and in game workbench, which can be found next to each of the ranges. The Shooting Range itself can be accessed from the main menu.

⭐ Invite your friends to join as Invaders using the social menu

During multiplayer matches, any player can now start a vote to kick another player via the ‘player card’. Other players are then notified, and are able to vote. If a player hasn’t voted by the time the timer expires, it counts as a ‘no’, There are cooldown timers preventing a single player from initiating new votes against lots of different players. You also can’t kick a player if the result would be an empty team. Results are calculated as a simple majority.

⭐ Mark as “Ready” to start sooner

Players entering multiplayer lobbies now have a ‘Ready’ checkbox they can freely toggle on/off. When the majority of players have confirmed they’re ready, a countdown timer will be auto initiated (in custom lobbies). If all players are ready, any active timer is dramatically shortened (quickmatch and custom lobbies). In either case, the game will start when the timer expires.

but the community has weighed in on it and confirmed that it’s mostly for bug fixes.

According to Steam users, there are a handful of fixes in multiplayer, inclusion of a Shooting Range and that’s it. On the known issues thread, which was last updated on June 27, here are the ones listed by Rebellion:

Chances are, we’ll see the official patch notes surface later today, and once we do, we’ll be sure to update the post. If you want to see the newest patch released before today, which include a ton of fixes, head on over here.

Update: Rebellion has released the official patch notes and we’ve updated the post.

Rogue Company Update 2.07 Out for Revelation Patch This July 26

Hitman 3 Update 1.12 Out for Ambrose Island Content This July 26