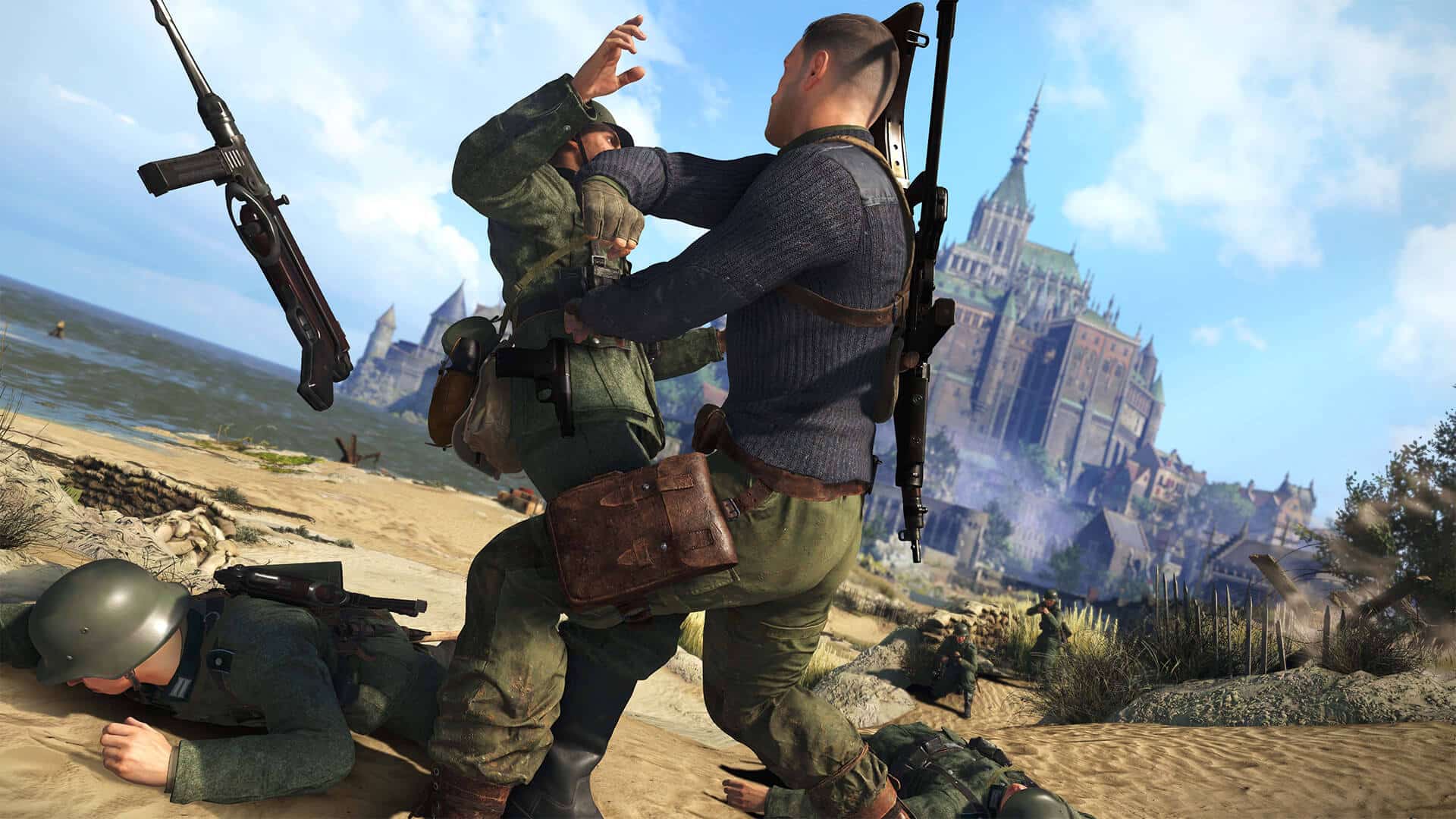 Rebellion has fired out Sniper Elite 5 update 1.09 on all platforms today. This update comes out a few weeks after patch 1.08 was released back on July 26. Check out the Sniper Elite 1.09 August 8 patch notes below.

I’m the designer working on Invasion Mode, and I wanted to quickly address some of the community feedback we’ve seen crop up since the last patch.

Firstly, we apologise that the patch notes didn’t include a detailed list of the changes we made to Invasion Mode. This was a mistake on our part and something we’d like to rectify now. The balancing changes we implemented were as follows:

I’ve seen a lot of feedback from players who believe we’re balancing the game too hard in favour of the Allied player, and we understand those concerns. From the perspective of an Invader, our balancing patches look as if we’re just taking tools away from you, while the players you invade still have their full suite of abilities. However, we have a stat system that we use to track Invasion data, and that’s currently reporting that the Invader wins nearly 70% of the time! As such, the reason we’re making these choices is because across the whole game, across all ability levels, the Invader is actually winning a lot, and we’re trying to find a better balance.

One thing that we think might be affecting the win rate is Focus Mode – an incredibly powerful tool for the invaded player that many casual players don’t seem to know about (If you’re reading this and don’t use Focus much, give it a try next time you get Invaded!) Our next patch will include more tutorials about this, so perhaps that will throw things back in Karl’s favour!

With all that being said, we’re going to keep proactively monitoring the win rate moving forward to see how it shifts and changes as a result of the latest patch. I’m very grateful to see all the positive comments about invasion since release, and for the suggestions and feedback people have made when they think something could be improved.

Beyond the above, we’ve just released a small hotfix to address the following crashes impacting some players:

Good luck out there Snipers!

If Rebellion posts official patch notes for update 1.09, we’ll be sure to update this post as soon as we can. Sniper Elite 5 is out now for the PC, PlayStation and Xbox platforms.