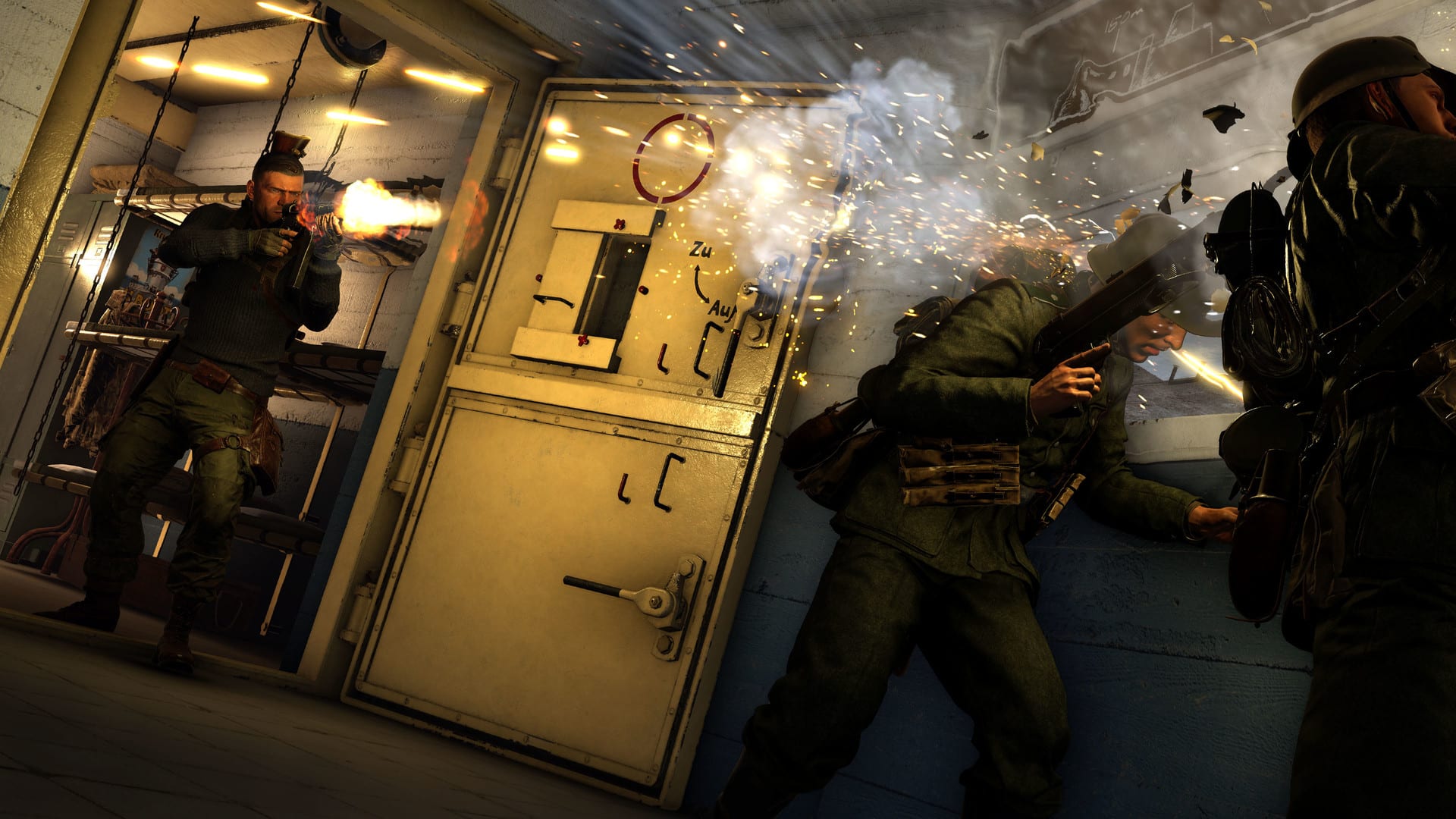 Rebellion has fired out Sniper Elite 5 update 1.11 on all platforms, and this is an unannounced title update. In addition to that, the studio is also teasing what seems to be new content for the game, too. Read on for what’s new in the Sniper Elite 5 September 13 patch notes.

Update: Rebellion has released official details regarding today’s update, and it brings a free new Survival Map, alongside the latest batch of content for Season Pass One owners.

Playable in both solo and co-op, ‘Amongst the Rubble’ takes you back to the once beautiful city of Saint Nazaire. Now ravaged by war, it’s down to you and your teammates to defend the Command Post as you fight a seemingly never-ending stream of Nazis in the smoke-filled streets and ruins.

The Concealed Target Weapon and Skin pack will take your stealth to the next level as you hunt down your enemies from the shadows. The pack includes: The authentic World War 2 Ghillie Suit Elite character skin (available for Karl and Monika) is designed to break up your visual silhouette, allowing you to blend in with your surroundings for the ultimate stealthy approach. When paired with the Pea Dot Camo weapon skin it becomes particularly effective as you stalk your prey.

Meanwhile, the covert HS.22 pistol features an integral suppressor which makes it practically silent. Firing .22 calibre rounds with almost no recoil, this sidearm is deadly and accurate.

The Concealed Target Pack is available now as part of Season Pass One, costing $34.99 or as a standalone purchase for $9.99. Season Pass One also includes the Landing Force mission and weapons packs released last month as well as two further content drops in the coming months.

We’ve been busy working on improving your Sniper Elite 5 experience. In addition to the Amongst the Rubble Survival Map and the Concealed Target pack, our new update has addressed several issues and finessed some features and gameplay to enhance your overall experience.

To highlight a few key changes, you’ll now notice the Game Update information will be displayed to you in game letting you know about new content and patches!

Ask and ye shall receive – Map Voting has come to Sniper Elite 5. You can now vote for the map you’d most like to play in the forthcoming match. And over in the Shooting Range, we’ve now added callouts so you can better practice those testicle shots!

We’ve also rolled out Prestige Mode! This mode allows players to restart their progression multiple times, earning new and improved rewards. The option to trigger Prestige Mode is available in the Service Record once you have reached level 50 in adversarial multiplayer modes.

We appreciate your continued support and feedback. We’d like to extend our gratitude to the members of our community who’ve been an integral part of bug fixing – sending in reports, save files, and such!

Please keep them coming as they assist in improving your Sniper Elite 5 experience. You can reach out to our team through the Help Centre if you require any support.

Per Steam, the morse code says “NEW INTEL, SUPPLY CACHE INBOUND” which could mean that a new announcement is on the way.

Update: Official patch notes have been added to the article.