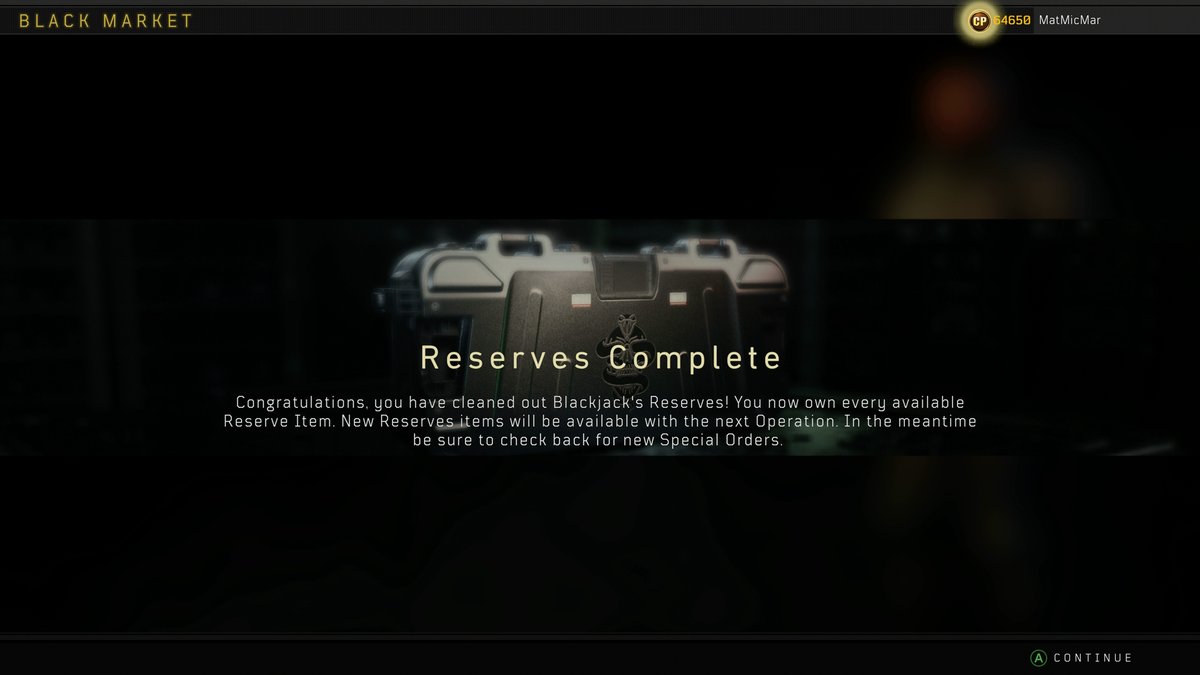 Much has been said already about the community regarding Call of Duty: Black Ops 4’s Black Market tiers, and how hard it is to reach the max tier of 200 just by playing. While the Black Market tier is set at 200, it seems you can go beyond that if you spend actual money via Blackjack’s in-game shop.

Someone did just that. YouTuber/gamer MatMicMar spent the max amount of money one can spend on COD Points, which is $1,000, to unlock everything he can. While the each tier offers stickers, emotes, calling cards and other stuff as rewards, the big draw here are the weapon variants that offer unique looks to existing guns in the game. Unfortunately though, he only got one (!) weapon variant for spending a ton of money, which is insane if you think about it. MatMicMar mentions that he even got the “Boombox” variant four times. He did get a message though, which is the image you see above congratulating him on his conquest.

I got the boombox 4 times haha. Anybody want one? Lol. And for those asking. I will have a video up of me opening all 900+ tiers in a few days. I just have a few videos I want to upload before that one just because they wouldn't make as much sense after the tier video. Thanks! 😀 pic.twitter.com/ePaAfWsaHR

He mentions how he can technically still progress though it’ll only wield duplicates.

I can still progress through tiers, everything is just a duplicate though. I just want to hit tier 1,000 anyways because I think it would be cool haha. pic.twitter.com/RJ5FrPNSbC

Word has gotten around about this and various YouTubers like PrestigeIsKey has even called out Treyarch and Activision about it:

Given Activision has publicly mentioned how the publisher earns over $4 billion dollars a year on microtransactions alone, one would expect they’d be a little less forgiving on these things, no?  Of course, these are just cosmetic items, which don’t mean much to some, but to others, it does.

Do you think Activision and Treyarch should fix how tiers and rewards work in the Black Market or should they leave it as is since it’s just cosmetic items anyway?

12 thoughts on “Someone Spent Almost $1000 in Black Ops 4 Black Market to Reach Max Tier, Wields Only One Weapon Variant”