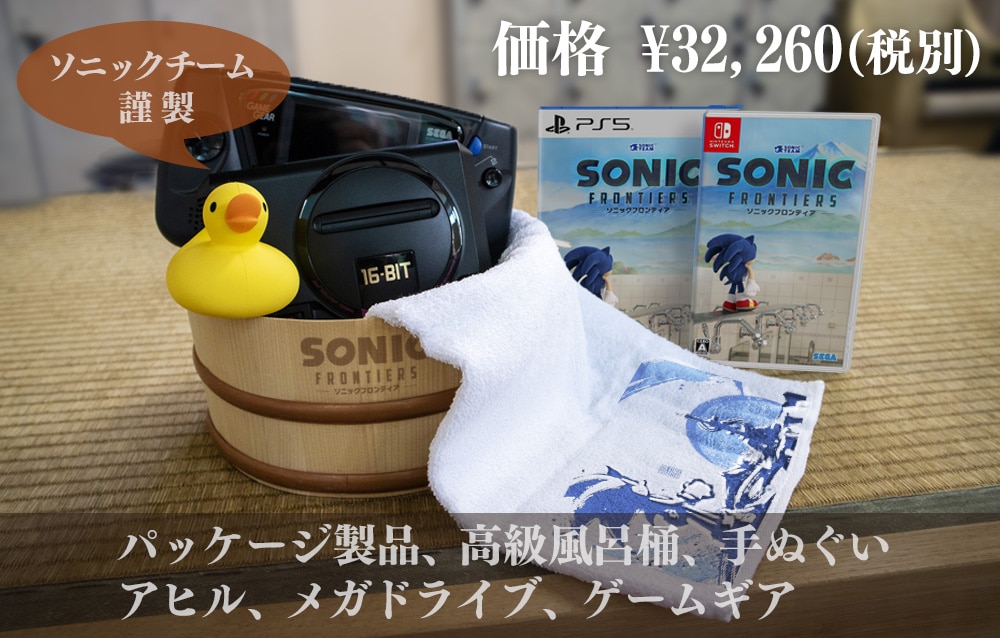 SEGA has just announced an exciting promotion that’s perfect for beating the summer heat, with a very special Sonic Frontiers Limited Edition collection! The collection has everything you need and more to play the game at the beach or pool of your choice, including:

In case that weird mix of collectibles isn’t enough to tip you off, this one is just SEGA’s prank for April Fool’s Day, as it is officially April 1 in Japan today. While a waterproof Mega Drive sounds incredibly appealing as long as you can use a modern, waterproof screen, it is but a silly joke meant to invoke the spirit of April 1st.

That said, SEGA did go all out for this prank for Sonic Frontiers limited edition, as they have dedicated a special website for it which you can check out for yourself. Below are some of the descriptions of the items included (translated roughly through Google Translate):

Fall Guys Update 1.40 Runs Out for Fixes and Content This March 31

The Division 2 Support Resuming, Multiple Updates Planned for This Year