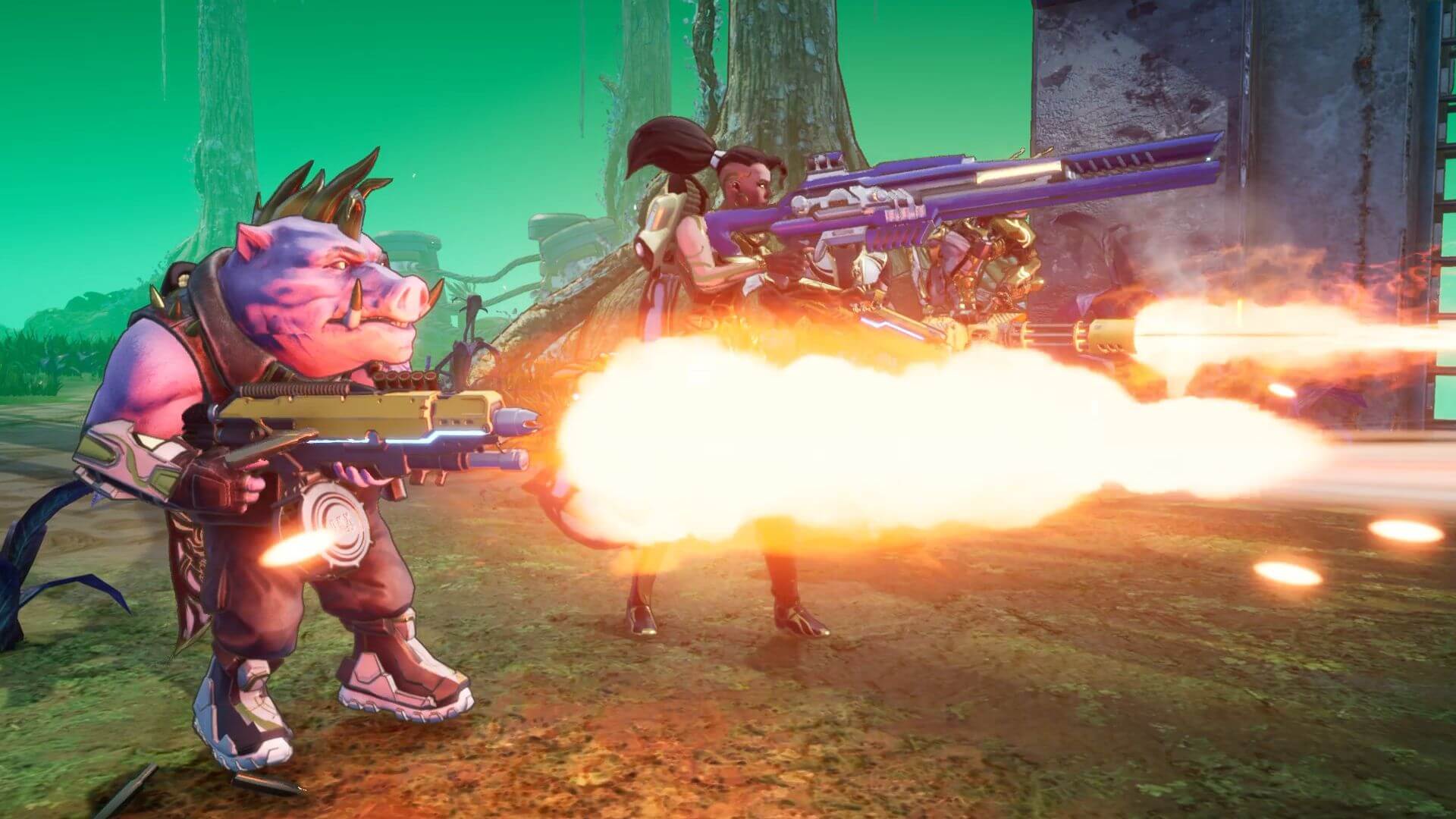 While the console versions of Space Punk won’t be seeing a release till 2022, developer Flying Wild Hog Games mentioned  that Space Punks crossplay will be coming alongside the console release of the game.

In our one-on-one interview with Lead Programmer Dawid Romanowski, Dawid confirmed that the team is planning to add crossplay to Space Punks right around the time of the 2022 console launch. No further details were revealed, though we do expect that crossplay will be across every available platforms.

Space Punks is a Sci-Fi isometric shooter with nonstop action as you take on the galaxy for fame and glory.

Fly solo or team up with up to three of your favourite misfits for maximum impact as you take on over-the-top gigs. Use plunder from missions to upgrade your arsenal and become the ultimate galactic badass.

With endless rewards, ranks, and ways to play, Space Punks is the wild ride you’ll never want to hop off. Strap in – it’s time to play.

Of course, do mind that while crossplay is confirmed at this time, it doesn’t mean that this will be the case down the road, or at least at the launch of the console version. With Space Punks currently running in early access on PC, much can change over the course of the year. While we don’t expect crossplay to be cut, since there are no indications, it is possible that it might miss the launch window of the console release. Again, this is being stated due to the ever changing development cycle of a game. Once we get closer to those console releases we should have more concrete information.

Space Punks early access begins July 14 with a planned open beta launching this Winter. The full launch, which will be free-to-play is expected to launch in 2022 with the console versions.