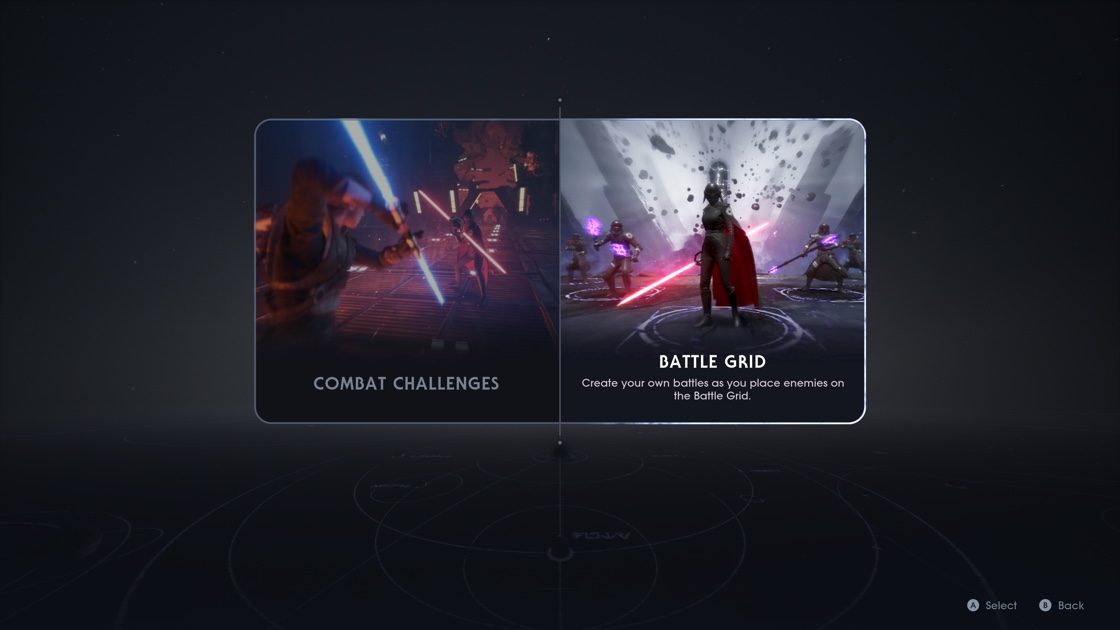 The biggest part of this update is the new Meditation Training, where players can fight bosses and has two modes: Combat Challenges and Battle Grid.

Combat Challenges will pit Cal against waves of enemies across multiple planetary backdrops from across the galaxy, including the Imperial stronghold Fortress Inquisitorius. Each unique location will feature its own unique challenges, too, allowing for tailor-made experiences that draw from each environment. Different challenges will have different numbers of waves and each will have a three-star completion rating.

What makes these challenges especially unique is that they’ve all been designed for veteran players. They’re designed to be tackled when Cal is at his strongest and most experienced towards the end of the game, so be wary if you decide to take on challenges early in a playthrough. The abilities Cal knows at the time of entering his meditation will be the ones you take into a challenge.

There are 12 challenges in total and each challenge has three stars. Unlocking twelve stars in total, regardless of how many you get per challenge, will give you three new BD-1 appearances.