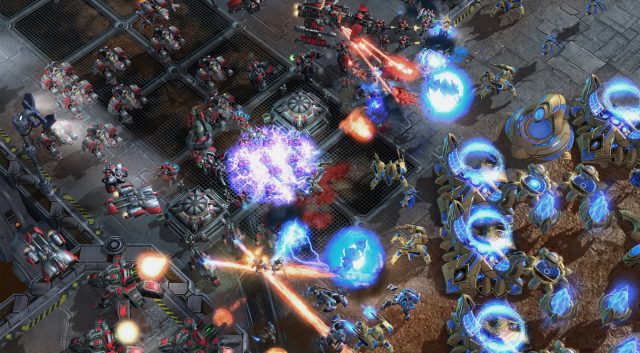 If you’ve played a round of StarCraft in your life, then chances are you know how big the game is in South Korea. Unfortunately, with the game’s popularity reaching fever pitch heights, game fixing the like have made their way into the eSport scene.

Now it seems, another case of StarCraft match-fixing has been unearthed, and this one seems to involve the Korean mob. Here’s the translated excerpts from the TeamLiquid forums:

They [organized crime] are suspected of hiring 4 gamers and running an illegal online sports betting ring with total wagers around 10 billion KRW and illicit profits around 500 million KRW.

Official ASL statement on the match-fixing issue (translated) from Afreeca:

I am responsible for communications regarding the ASL at AfreecaTV. We have a statement to make to all the pro gamers, BJs, and all fans who love the ASL. The news of match-fixing in StarCraft that broke this morning has caused many fans, players, and organizers to worry. We spoke with the people handling the case at Busan Police and confirmed that investigations related to this case are ongoing.

Once the suspicions are confirmed, the relevant player will be permanently banned from all eSports competitions organized by AfreecaTV and prize money will be confiscated.

AfreecaTV will always do its best to ensure the integrity of the competition.

Official Korean news site kmib has also weighed in on it as well and states the mob was involved in running illegal betting sites, and that a Protoss pro gamer was suspected of losing on purposes. Additionally, it was mentioned that there were plans to fix matches in ASL5.

Korean pro gamer “Sky” is the main culprit since he has now closed his AfreecaTV page, and his phone is no longer reachable. Check out the fixed game in question below.

Some questionable plays can be seen in the clip, with the people commenting even question some of the tactics Sky was doing.

For now, it’s not known who participated in this match-fixing issue, or if there are other pro gamers involved. Once we know more, we’ll keep our readers posted.

Toys “R” Us to Close or Sell All US Stores