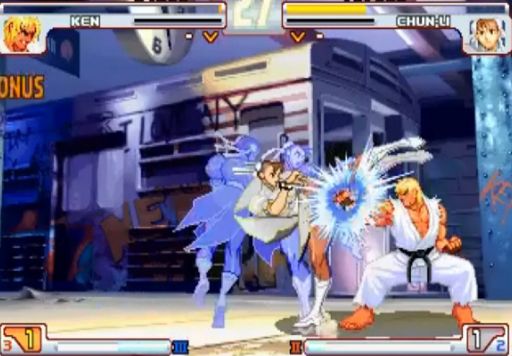 One of the most iconic moments in fighting game history just got a pretty awesome fan made tribute, as French 2d animator sueng_cheng made a fan animated sequence of the infamous “Daigo Parry” — better known to the fighting game community as “Evo Moment #37”.

As shared by Twitter user Catsuka, here’s the pretty awesome clip made by Cheng featuring Ken Masters making an epic comeback against Chun-Li.

For those who don’t know about Evo Moment #37, it refers to the match between pro fighting game players Daigo Umehara and Justin Wong — when both competitors faced one another during the semi-finals of the Street Fighter III: 3rd Strike portion of the Evolution Championship Series in 2004. Taking place in August 1 of that year in California, Daigo made an unexpected and epic comeback with his character Ken, as he was already on the ropes facing Justin’s Chun-Li with only one pixel of life left. As Justin set to deliver the finish with Chun-Li’s Super Art, Daigo retaliated back by parrying all 15 hits of the super without getting damage, and managed to score the win to the cheers and amusement of the crowd watching that day.

You have to see it to believe it for yourselves if you’ve never ever played a Street Fighter game, and this moment arguably inspired many others to play the game and follow in the footsteps of these pro players.

For more Street Fighter news and features, check it out right here on MP1st.