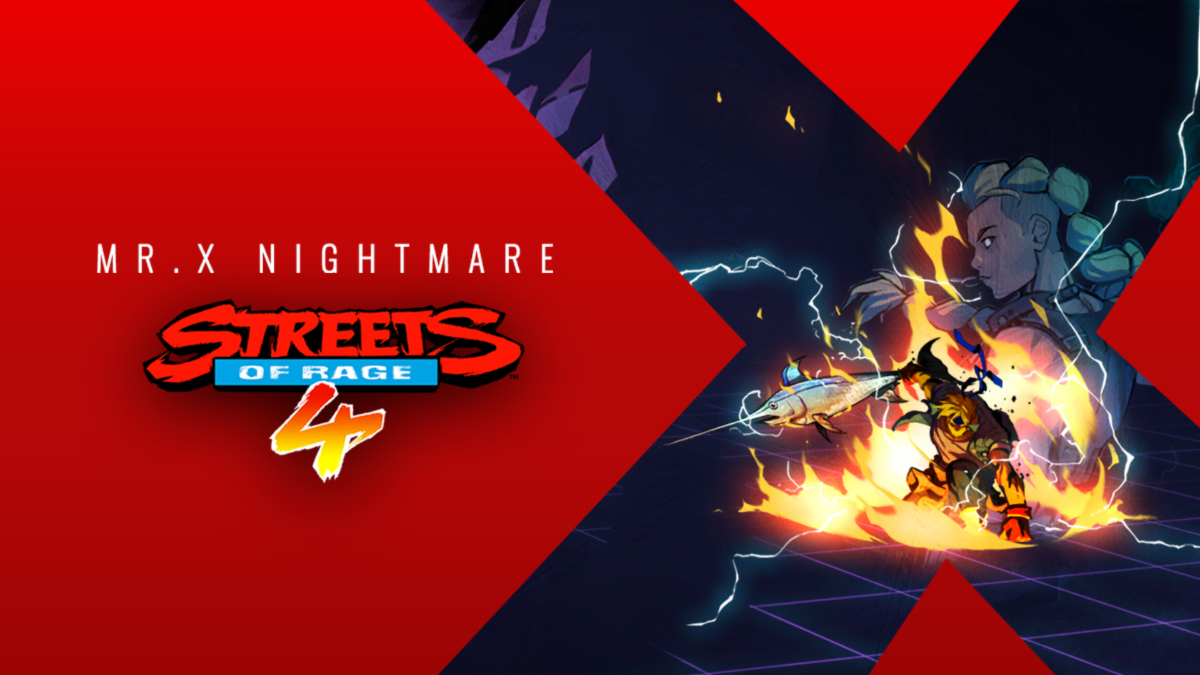 Get ready to brawl with a dose of nostalgia and awesome again with some brand new content coming for Streets of Rage fans, as Streets of Rage 4 Mr. X Nightmare DLC has been announced — with new playable characters, game modes, and more coming to the game!

Check out the new trailer reveal for the DLC in action!

Of course, here are the details on the new paid content via press release.

Publisher and co-developer Dotemu with co-developers Lizardcube and Guard Crush Games today announced their smash hit Streets of Rage 4 is receiving paid DLC: Mr. X Nightmare. The DLC is adding three new playable characters and a special Survival game mode later this year on PC, PlayStation 4, Xbox One, and Nintendo Switch. A separate free update is arriving alongside the DLC on all platforms with additional content. The news follows Streets of Rage 4 clearing more than 2.5 million copies downloaded across all platforms.
Today’s announcement trailer showcases officer Estel Aguirre, one of Mr. X Nightmare’s three included fighters, as she goes off duty to join forces with the heroes of Streets of Rage 4 for the first time. Formerly appearing in the game as an intimidating, boss fight-style foe, Estel’s powerful slugs and spin kicks dish out serious damage to anyone foolish enough to get in her way. Witness Estel in action and spot a hint at the DLC’s two other characters still to be revealed by viewing the trailer.
Mr. X Nightmare also introduces a unique Survival mode, which challenges players to elevate and prove their true capabilities through special tests of skill; more details on this mode’s design and gameplay will be shared soon. Players can additionally build their own personalized fighting style with new moves via incoming character customization, while extra weapons and enemies are sure to keep the battles ahead interesting. Mr. X Nightmare includes lively new original music from Tee Lopes, a composer and arranger previously featured in Sonic Mania, League of Legends, and Monster Boy and the Cursed Kingdom among other titles.
Separately, the free update serves up a brutal challenge for Streets of Rage 4’s most formidable players via the New Mania+ difficulty. An in-depth training system is arriving to help brawlers perfect their strategies and alley-clearing combos, and fresh color palette options keep Wood Oak City’s most dangerous fighters looking sharp.

Streets of Rage 4 of course is a revival of the classic 90’s beat ’em up series that gets the modern treatment, and we reviewed this fantastic game last year which you can read here.
Streets of Rage 4 is available for PS4, Xbox One, Nintendo Switch, macOS, Linux, and PC.
Tags: DotEmu guard crush games lizardcube Streets of Rage streets of rage 4
Previous Post