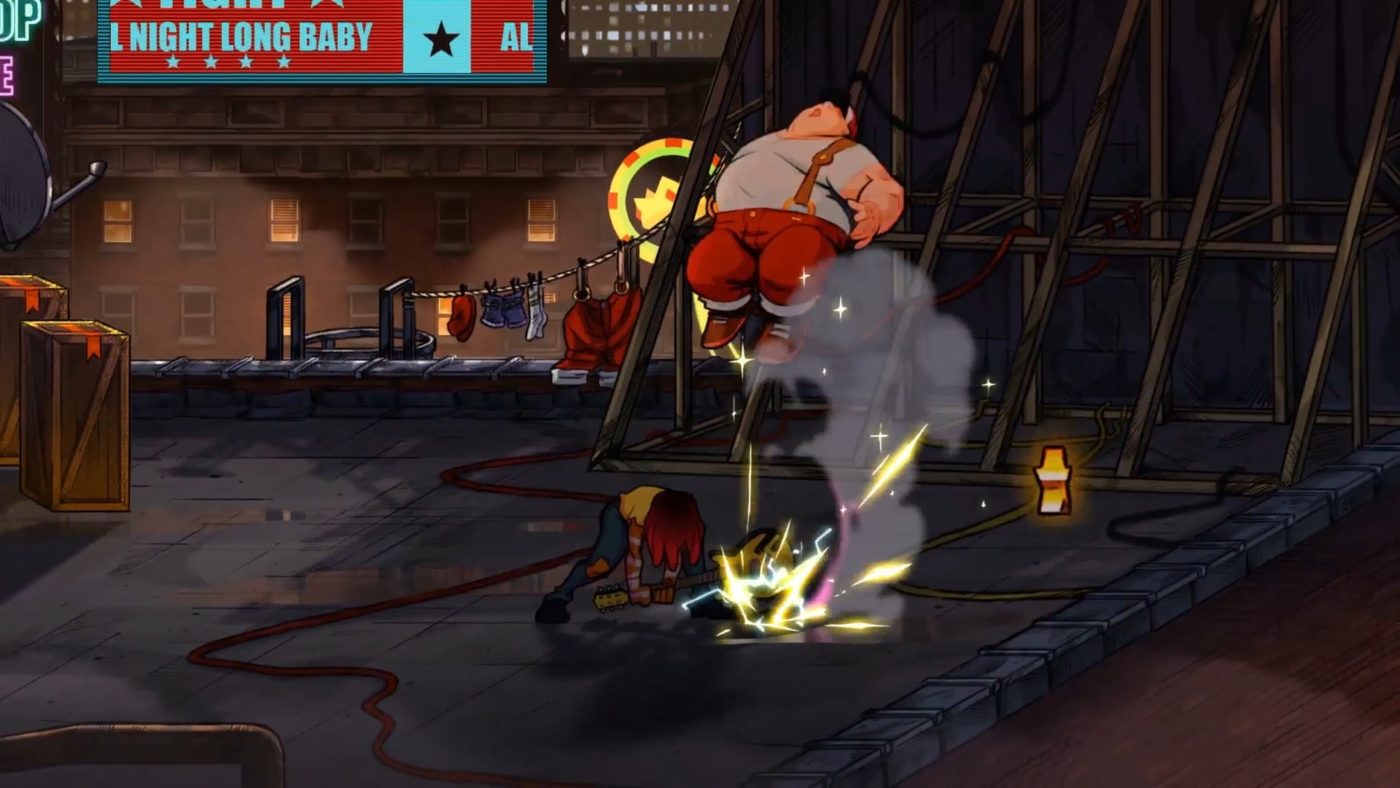 In case you didn’t see the end of the trailer, Streets of Rage 4 will punch its way out onto the PS4, Xbox One, Nintendo Switch, and PC.

As for the new character, a new female fighter has entered the roster and she’s Cherry Hunter, daughter of Adam hunter from the original Streets of Rage!

Trained by her father and Axel, Cherry learned self-defense from a young age. Her interest in following in her father’s footsteps and becoming a cop soon faded out, replaced by her love of music. Nowadays, she plays with her electro progressive rock band in some of the most dangerous places in Wood Oak City. She may look young but make no mistake – she is a seasoned veteran of kicking ass and taking names.

In the trailer, gamers can also see some of the levels they’ll be kicking ass in once the game launches sometime next year. There are urban rooftops, airport hangars, sewers and more.