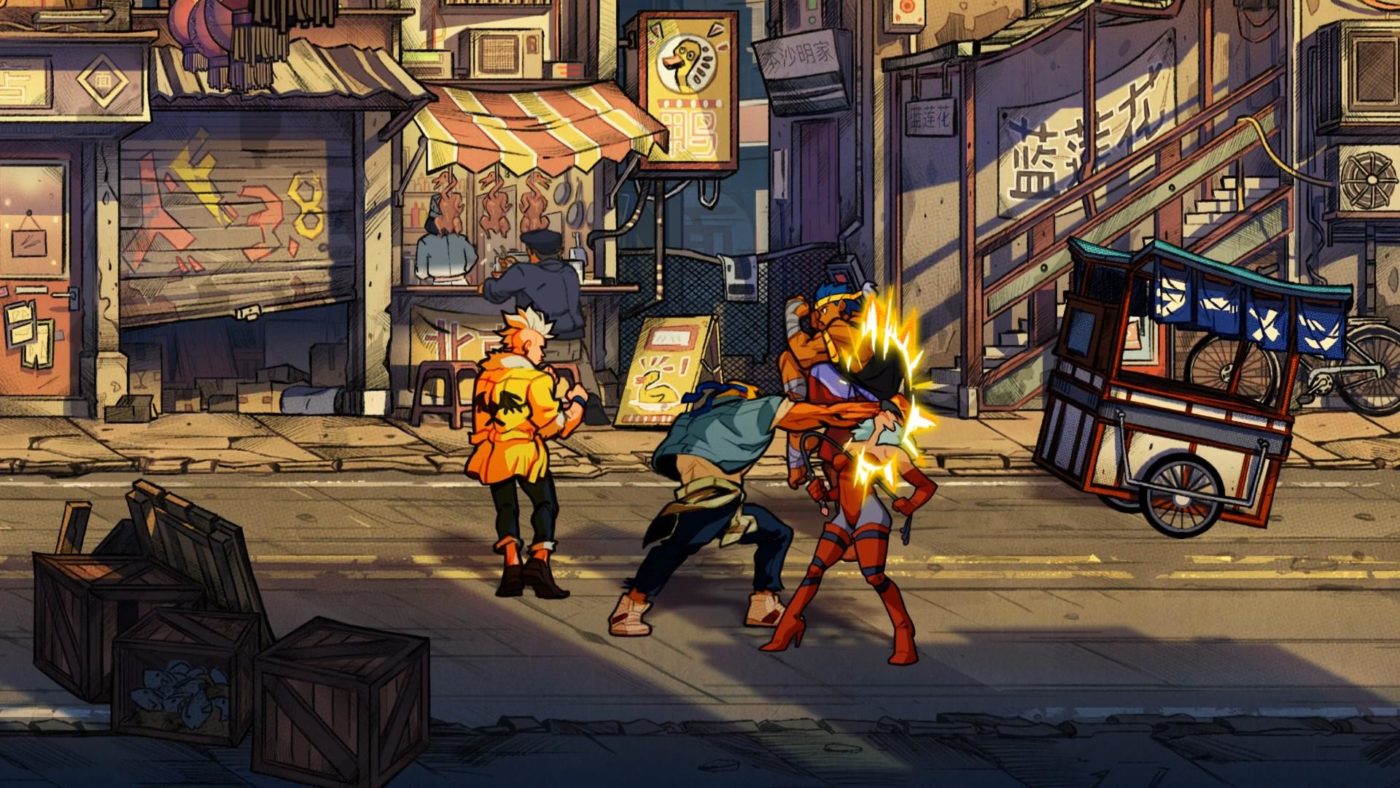 Who doesn’t want to beat the crap out of bad guys, right? Old school gamers will fondly remember that no other game did it better than the Streets of Rage franchise. Today, Dotemu (Windjammers) has announced the Streets of Rage 4 release date for April 30!

Check out the new trailer now:

Give a first look at Streets of Rage 4’s Battle Mode, a legacy experience returning from Streets of Rage 2 and 3. This feud-settling battleground is bound to help rivals recognize who truly is Wood Oak City’s finest alley-clearing ruffian, as well as settle grudges spurred by accidental friendly strikes during multiplayer sessions.

In addition to the release date, Streets of Rage 4 will feature a Battle Mode — something that should be familiar with franchise fans. This mode pits players against one another or against AI-controlled enemies, and adds another layer of replayability to the upcoming beat-’em-up.

Not familiar with the franchise? Here’s a quick description straight from the press release:

Streets of Rage 4 is the franchise’s first mainline entry in more than 25 years, reuniting Axel, Blaze, and Adam while introducing fresh fighters and combat depth, an arrestingly fluid hand-drawn art style, and an all-new scenario as well as city boroughs to crack skulls in. With an original soundtrack from Olivier Derivière incorporating worldwide talent, including massive contributions from series composers Yūzō Koshiro and Motohiro Kawashima, Streets of Rage 4’s pairing of classic elements with distinctive modern direction makes this highly anticipated return the fight of a lifetime.

As an old school beat-’em-up fan, I’m definitely looking forward to this. Who knows? This might kickstart the genre back to life, and it’d be fitting if Streets of Rage 4 did it.