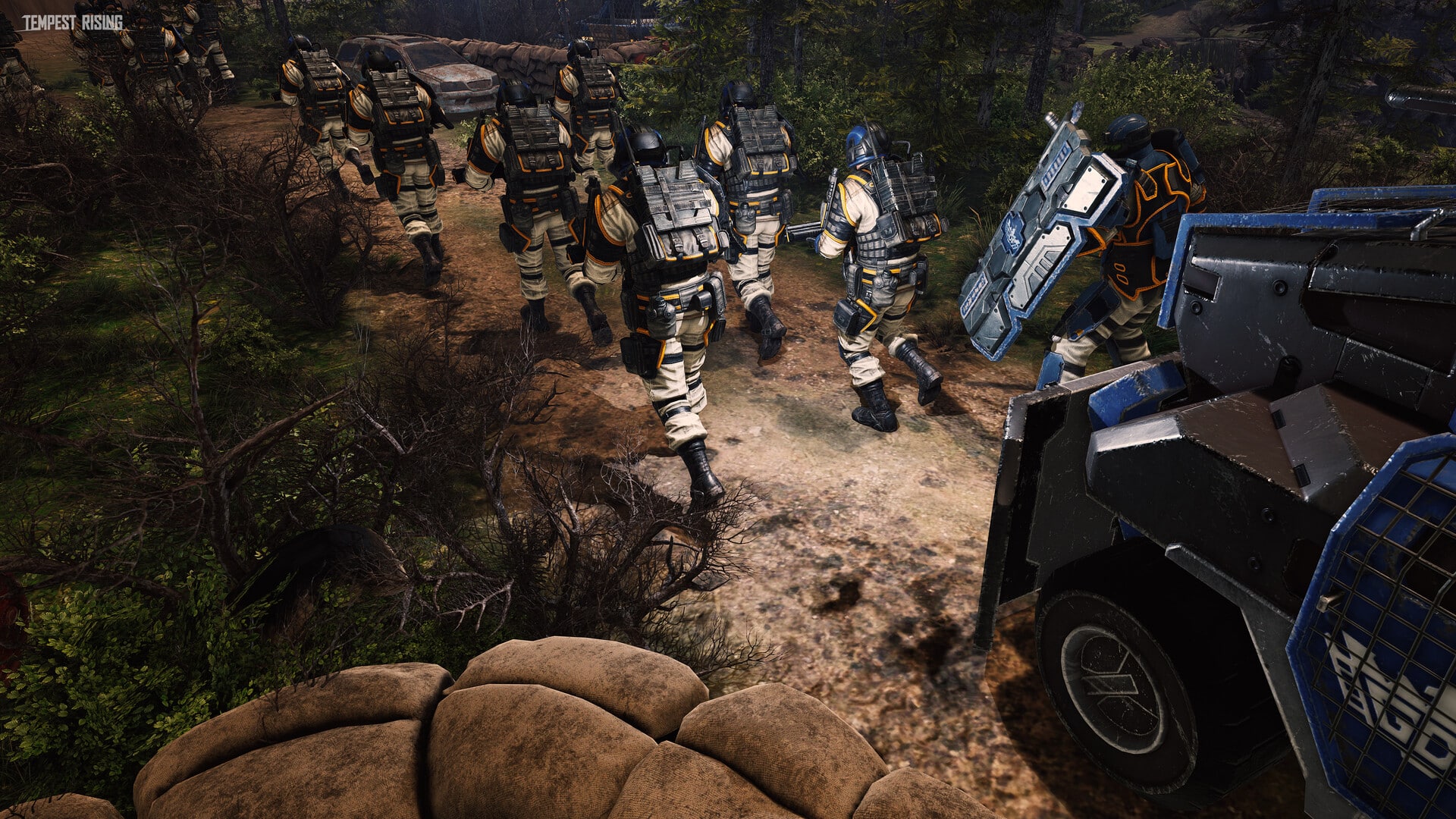 A new game inspired by the RTS greats of the ’90s and the 2000’s was announced at the THQ Nordic Digital Showcase today. Tempest Rising is an upcoming base-building, real-time strategy game set in an alternative history war scenario. It will feature three unique factions that are all fighting for a rare alien mineral called the Tempest. Watch the Temptest Rising announcement trailer here:

After the Cuban Missile Crisis escalated in 1997, a nuclear World War 3 ensured. All former superpowers were quickly brought to their knees in humanity’s shortest and most devastating conflict yet. The fuel for this war is a new, powerful substance, that can be used as a source of energy – Tempest.

Three distinct factions are in a desperate struggle for power and resources and it’s up to you which faction you choose. The return of the Golden Era of RTS is dawning.

Classic RTS action meets modern production and performance in Tempest Rising. Inspired by RTS greats of the 90s and 2000s, Tempest Rising is a classic, base-building real time strategy game set in a modern day alternative history war scenario. It features 3 unique factions, each with its own approach to combat and economy and offering a variety of strategies for players of all stripes, maps with neutral structures to contest and neutral populations to contend with, deep and rewarding gameplay that keeps a focus on strategy while rewarding skill, and built-in customization options that allow players to approach the game their way in both single player and multiplayer game modes.

Take on the role of Commander in the highly mobile and advanced peacekeeping corps of the Global Defense Forces or the hard-hitting and desperate Tempest Dynasty in 2 15-mission campaigns that allow the player to customize their army for each mission, as both armies seek to understand and control the mysterious but beneficial Tempest vines that grow unchecked across the war-torn planet Earth. Other dangers wait in the shadows, as the origin of the Tempest is revealed…

Tempest Rising is coming to PC and is being developed by Slipgate Ironworks, a studio based in Denmark. You can also play Tempest Rising at THQ Nordic’s Booth at gamescom 2022.