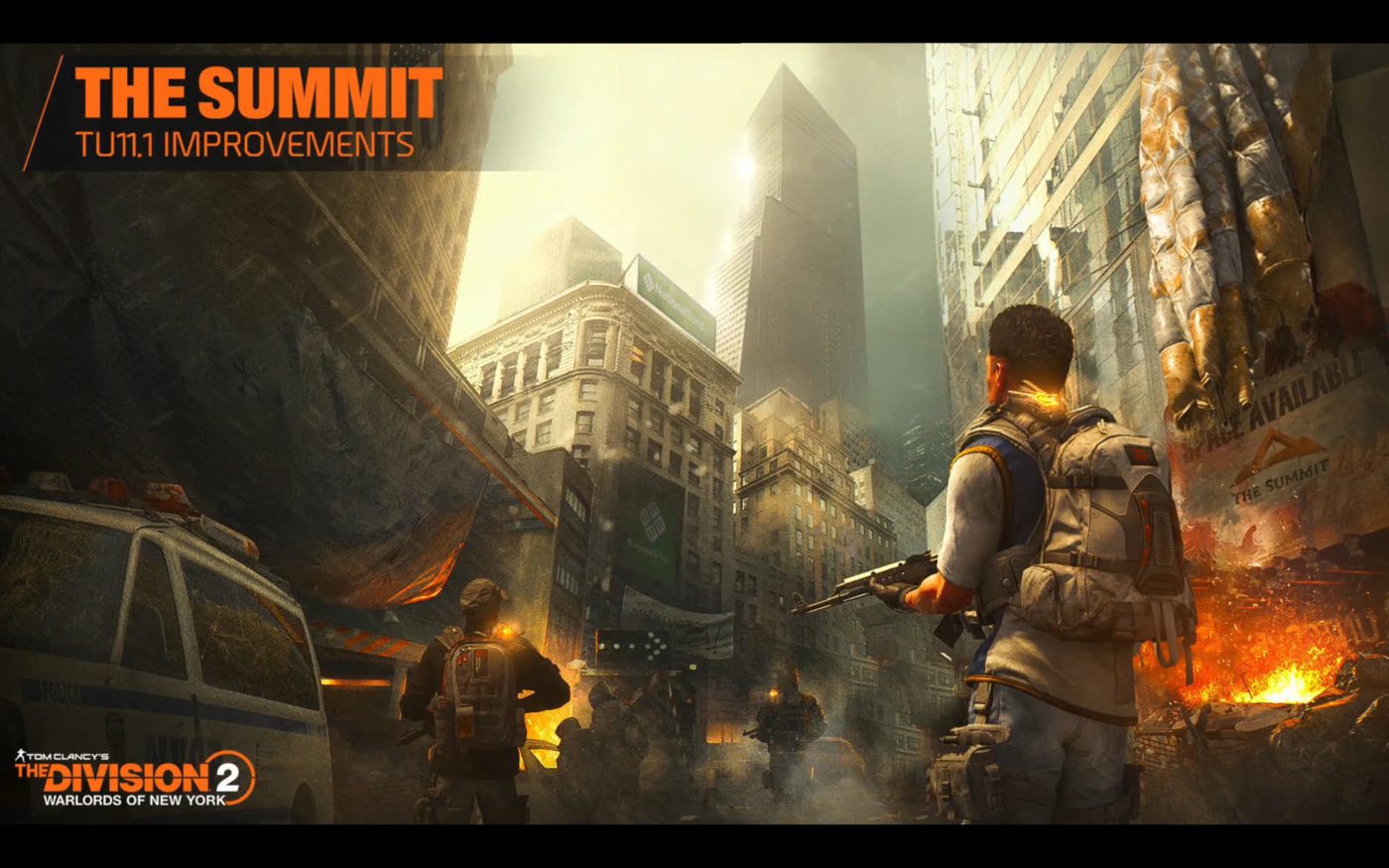 The Division 2 TU11.1 Release Date Revealed, Here’s What to Expect

Following The Division 2’s Title Update 11 (TU11) patch released a few weeks ago, Ubisoft has now revealed The Division 2 TU11.1 release date and what people can expect from it in the latest State of the Game devstream.

Agents can expect Title Update 11.1 to make its way out this October 20 (this is planned, and is subject to change), and will include changes and fixes to The Summit game mode, and more. Head on below for the complete details. Note that this is not the complete patch notes for TU11.1 but rather, an overview of what’s included. 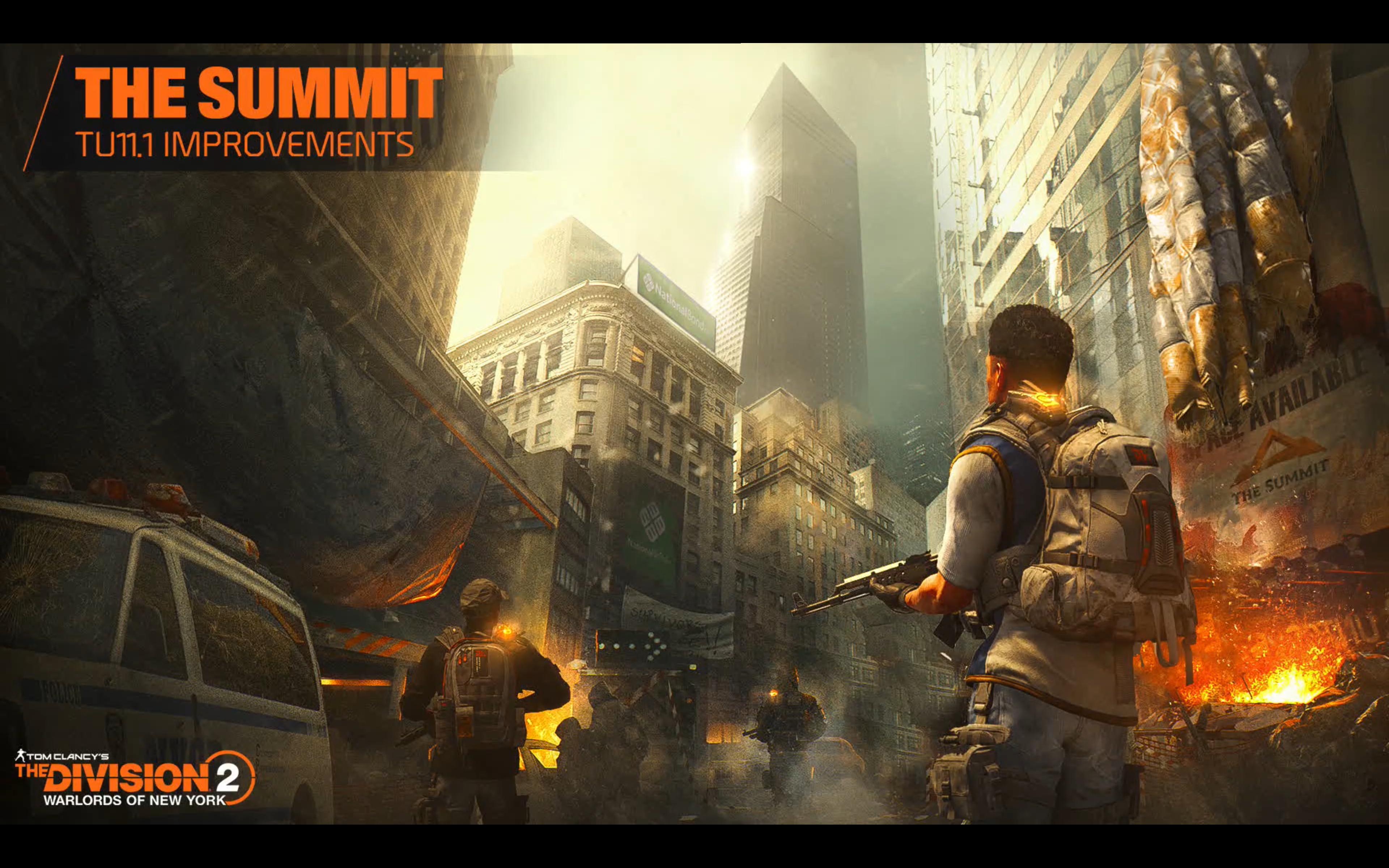 TU11.1 has the goal to address the feedback that was brought up in the PTS Feedback and also since TU11 launched: 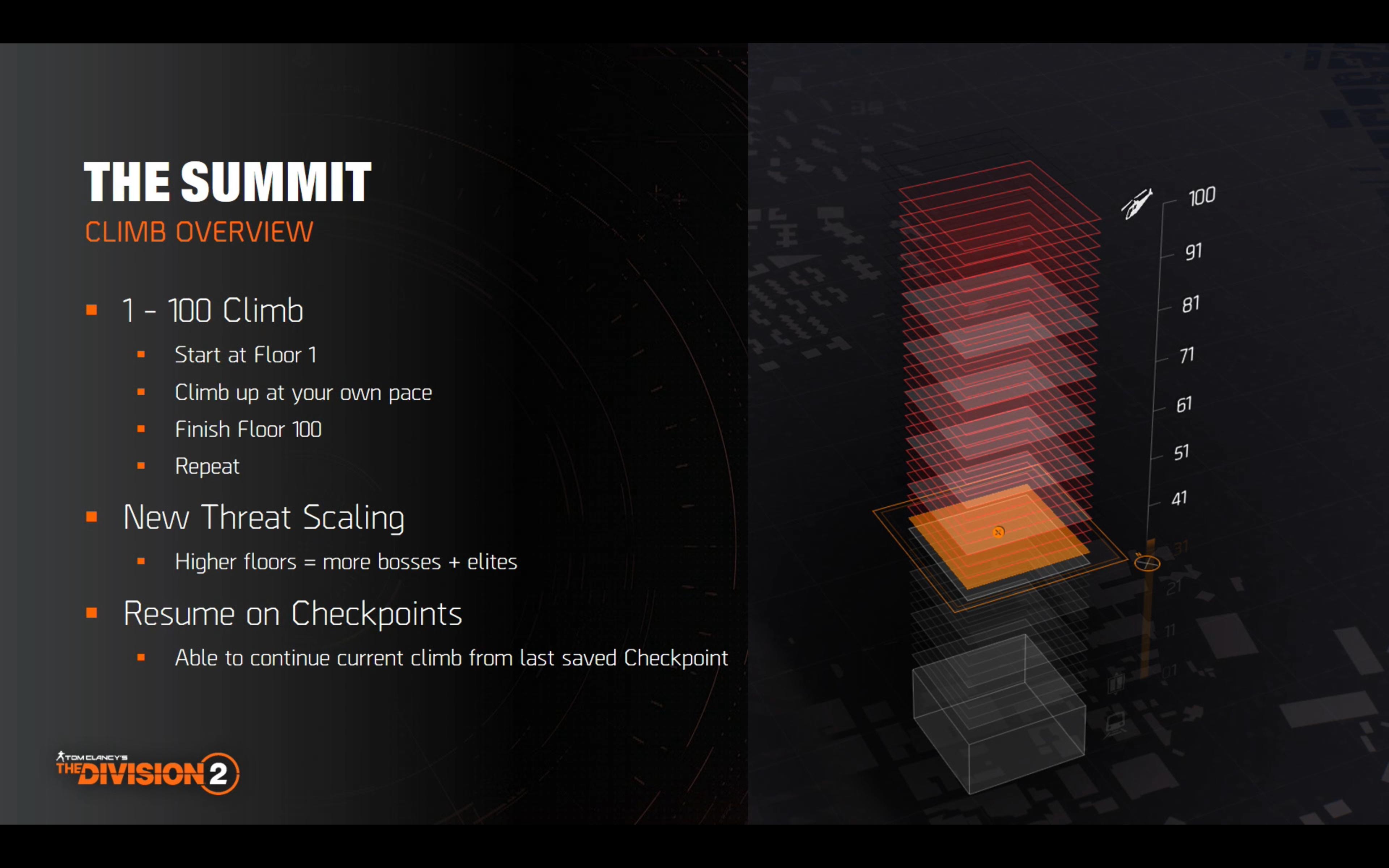 When you launch the Summit after TU11.1 you will no longer get the known Rally Point selection menu. 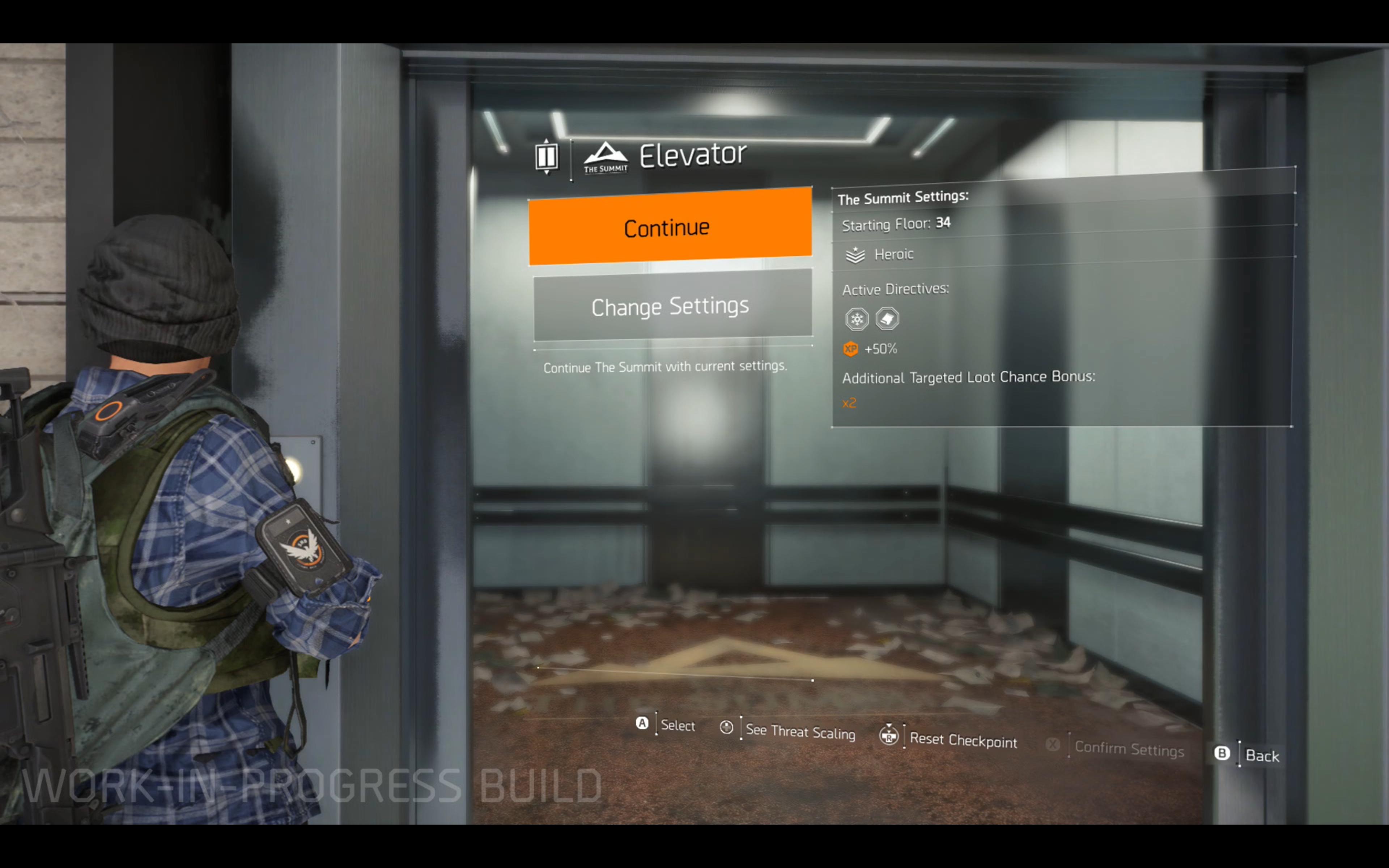 In this example, you played until floor 34 and had two Directives active. And now you can continue from that floor with these settings or change it to the experience that you want.

With TU11.1 this could be your progression from 1-100 with different team combos and difficulty settings:

=> Progression Example – these are only examples.

When you select “Settings” in the elevator menu, you can change your difficulty and the number of Directives any time you want: 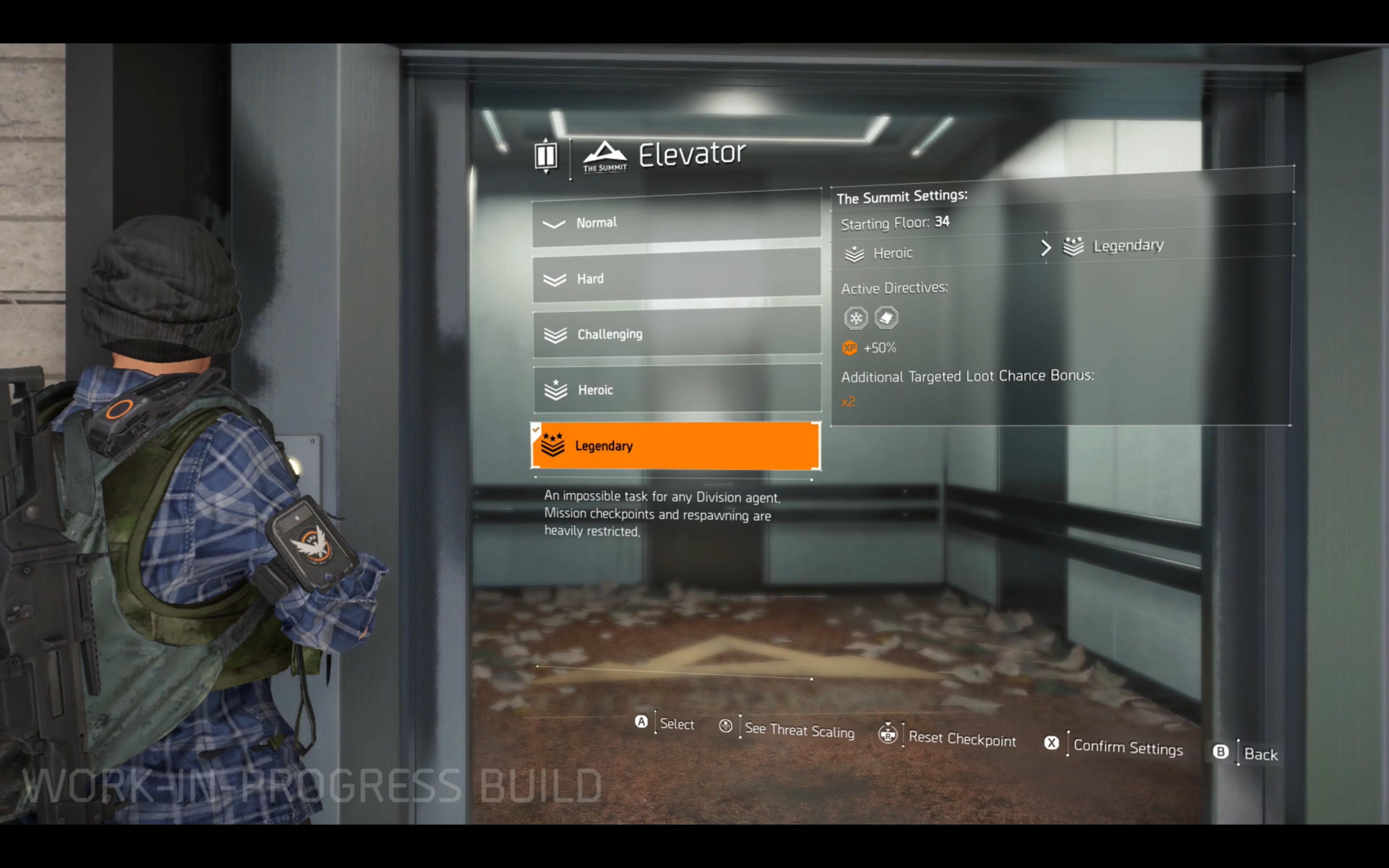 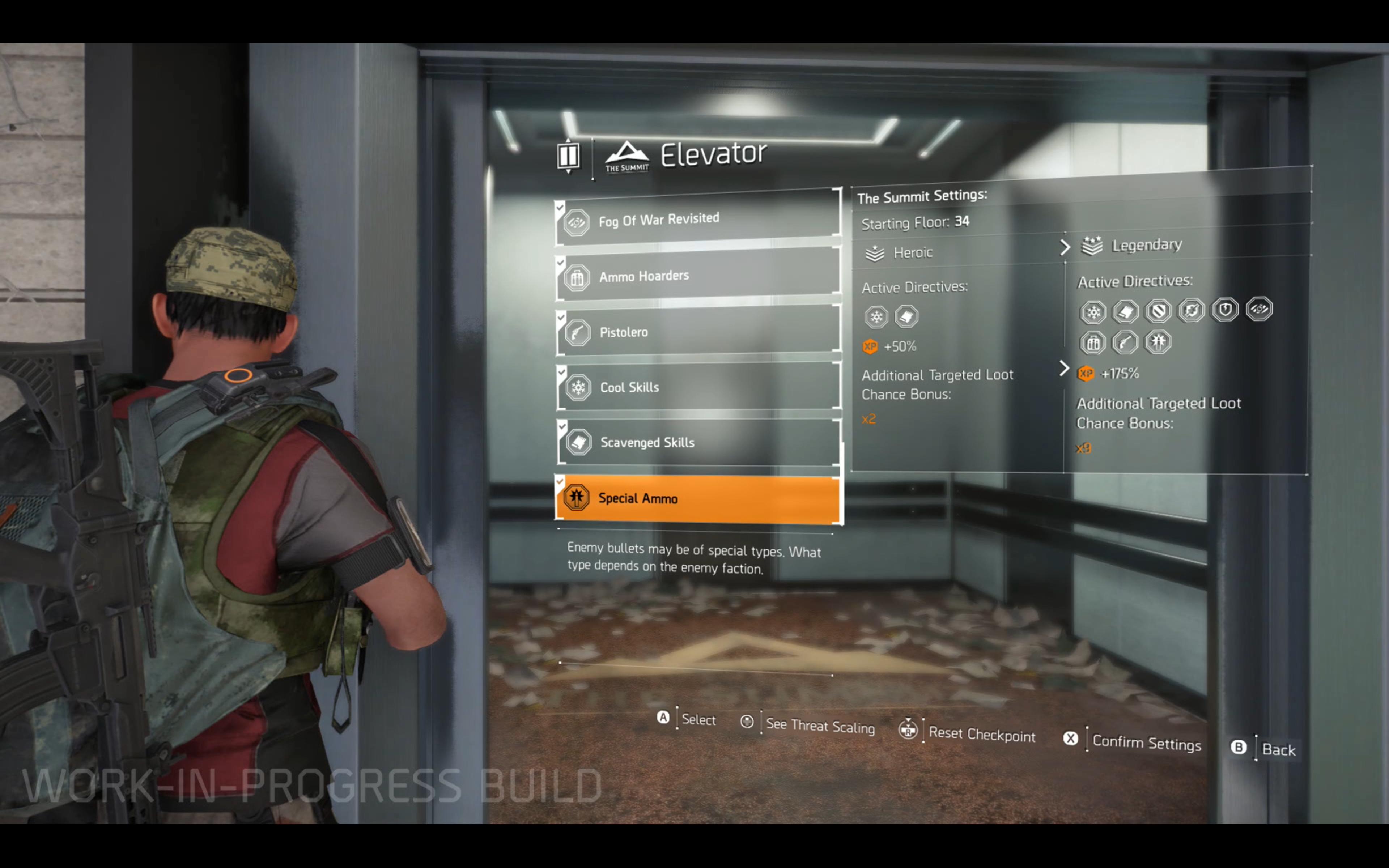 To give you more incentives to use the Directives, they further increase the chance to get targeted loot. This applies to the whole game, not just the Summit. 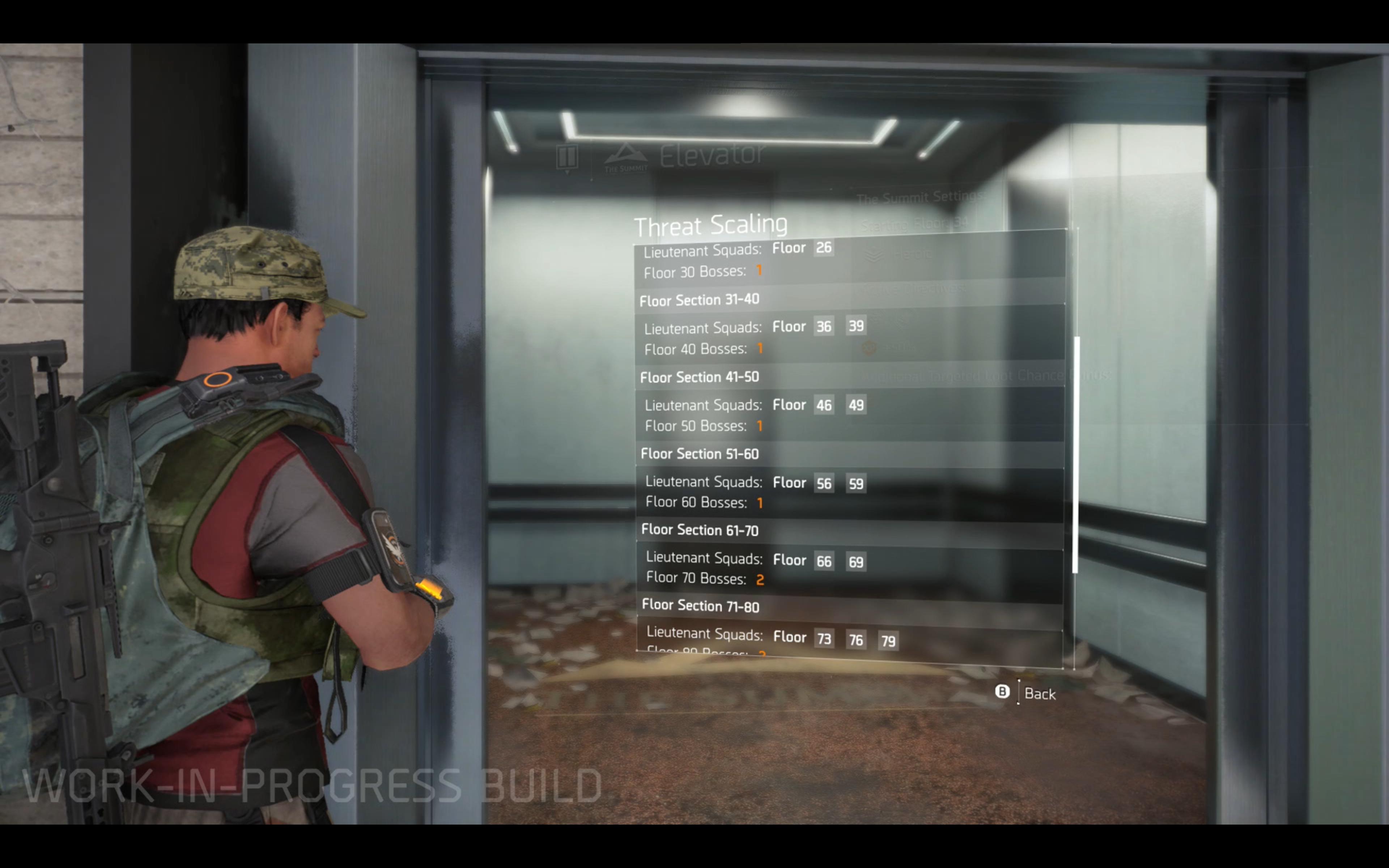 While you can select one difficulty setting for the entire 100 floors of the summit, there is a difficulty scaling as you climb the tower.

As shown in the image, the number of mini-bosses you encounter on the boss-floors will increase the higher you get. For example, on Level 70 you have two bosses and so on.

When you look at the map of The Summit you see the active Targeted Loot and at the bottom “Targeted Loot Selection”. 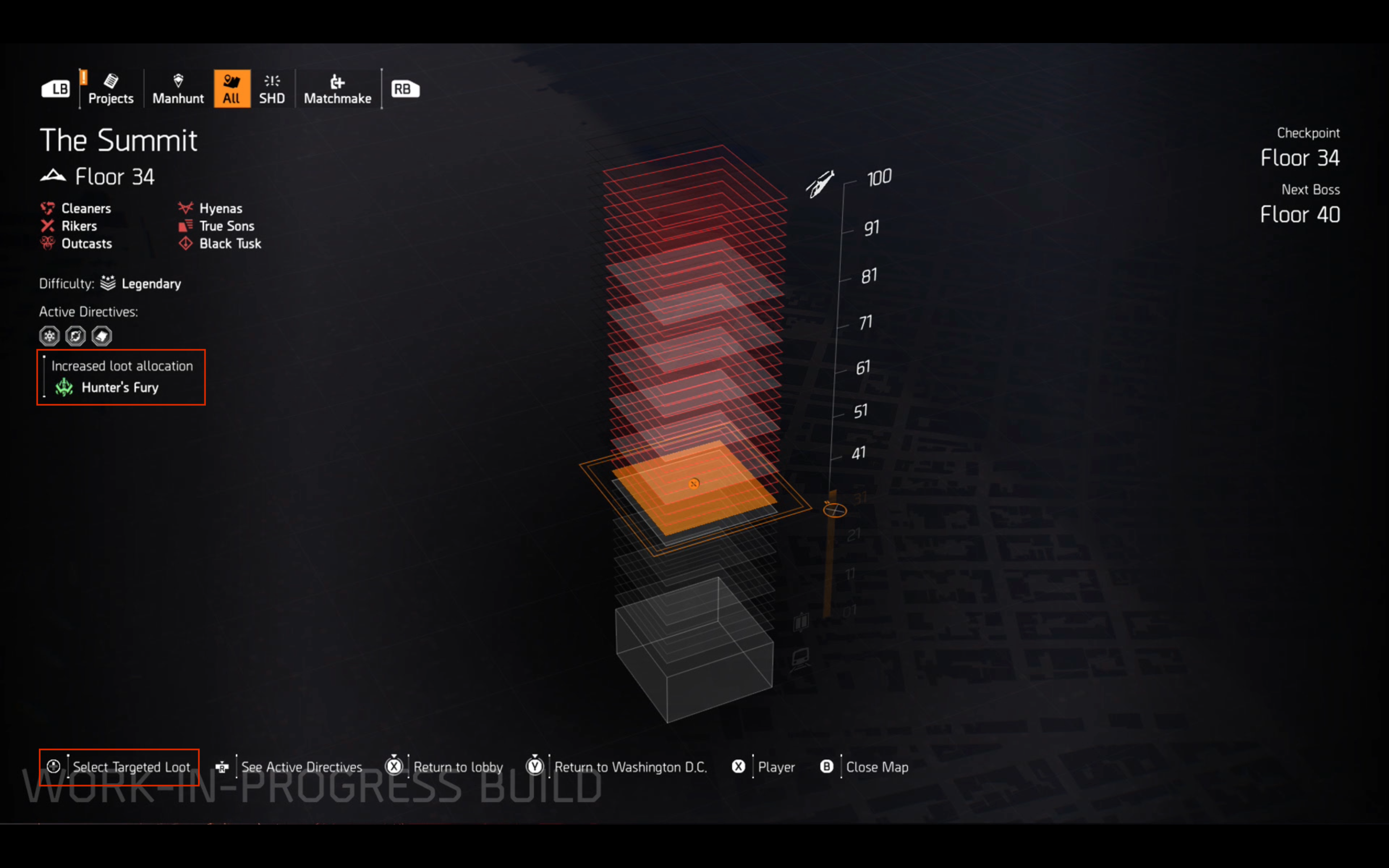 In this menu you can select what Targeted Loot you are looking for: 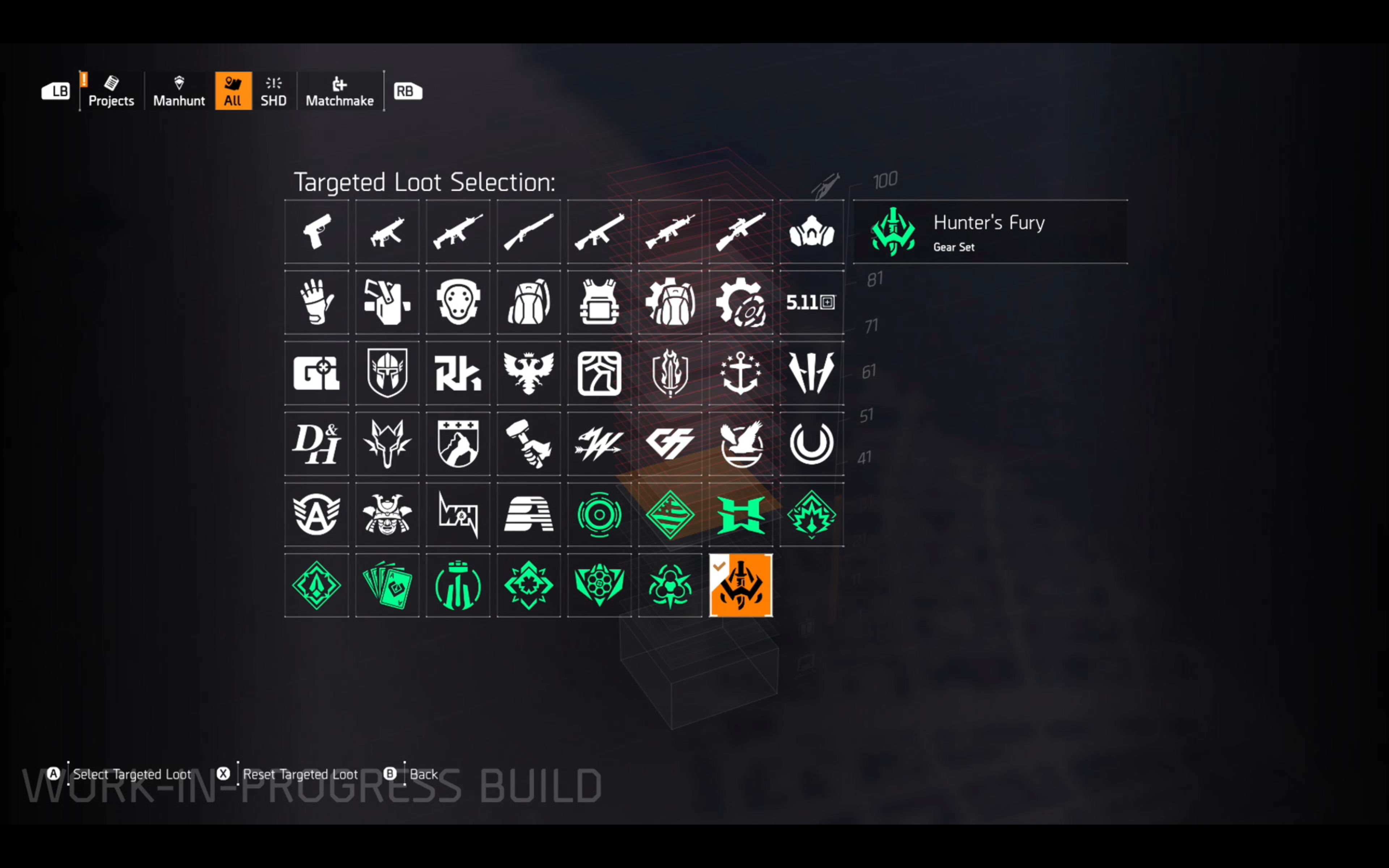 You can change this any time you want.

With that and the added Targeted Loot chance from the Directives, you not only can customize what Targeted Loot you want but also actively change the chance. This should give you a very effective way to farm what you need in The Summit. 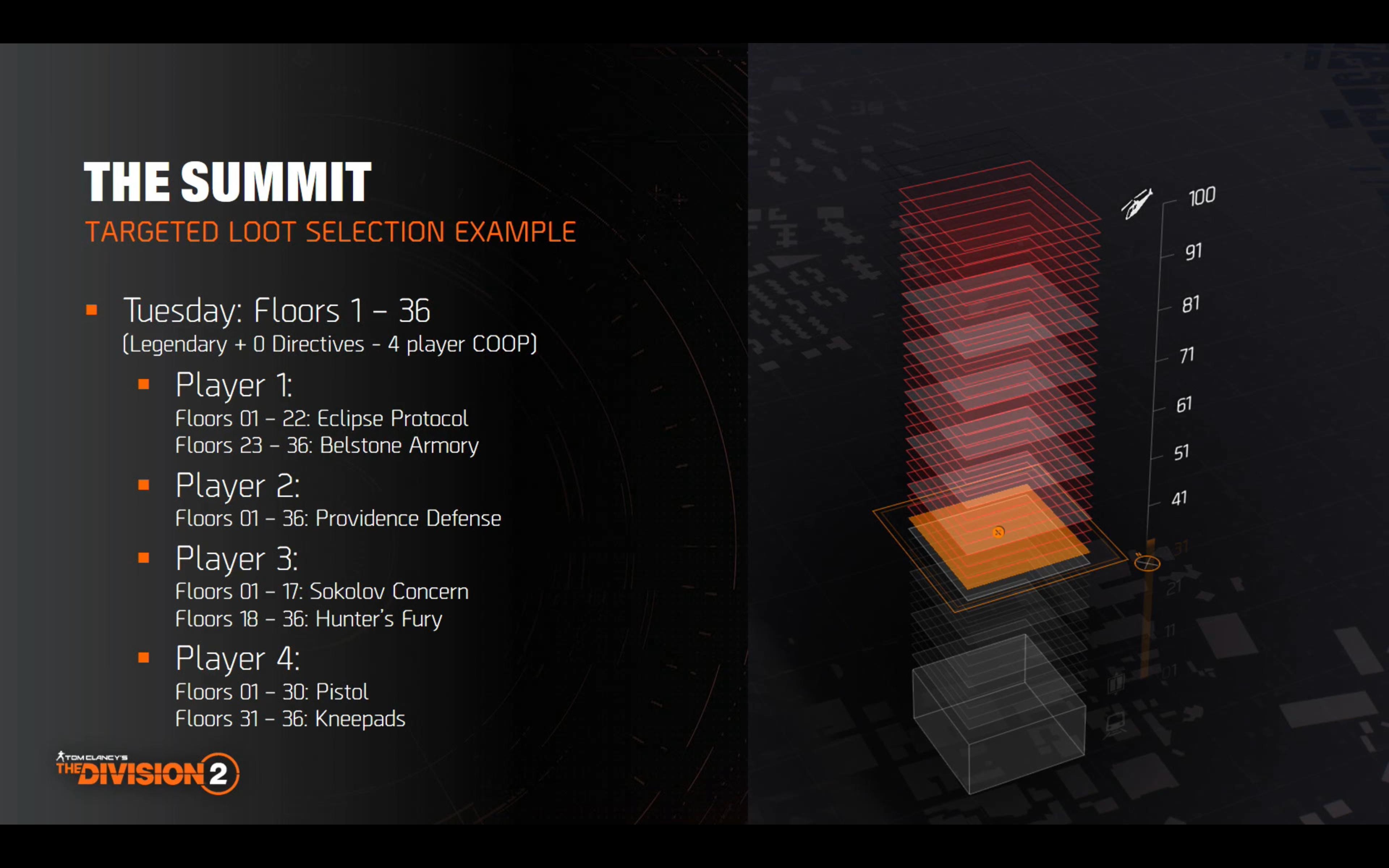 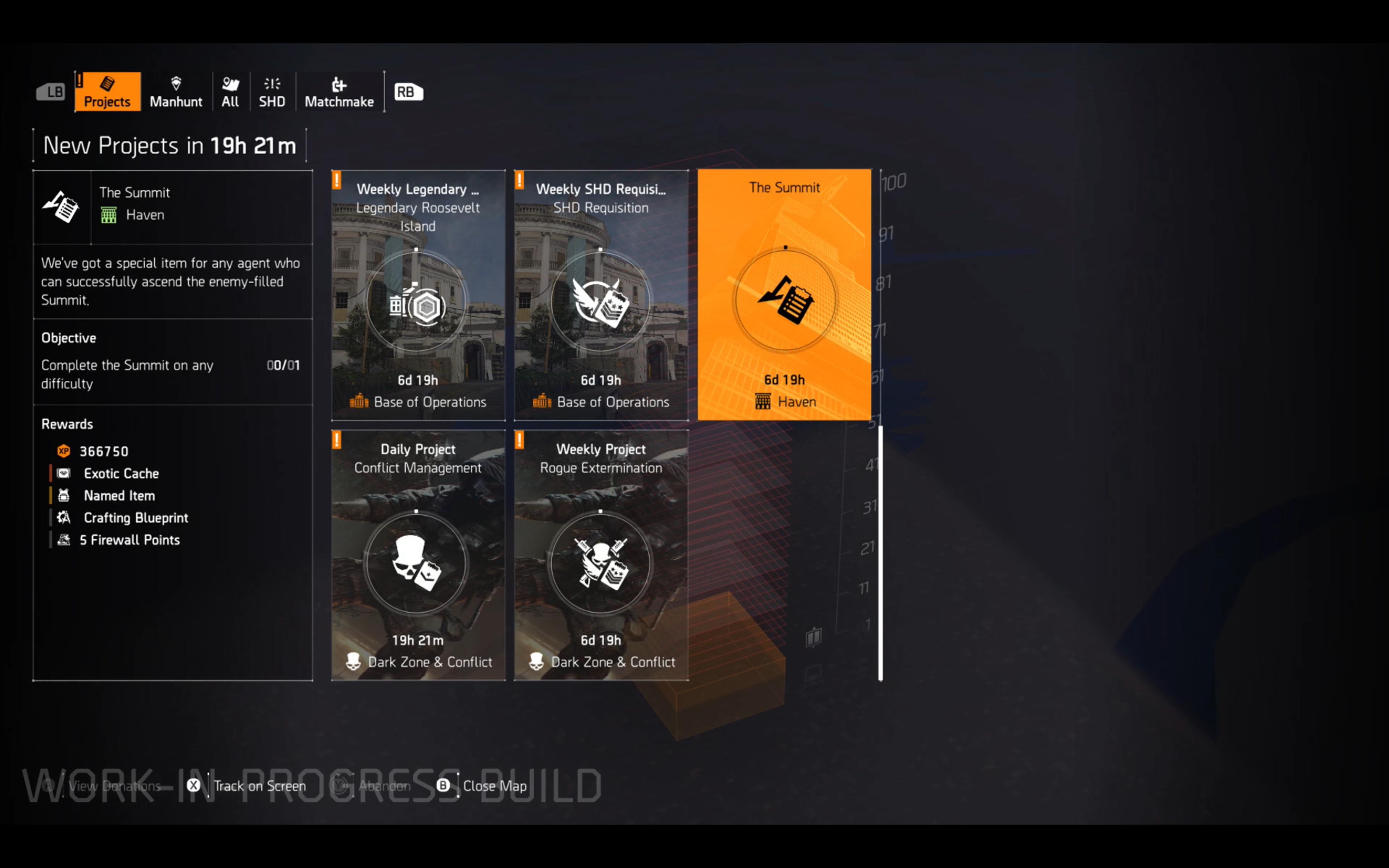 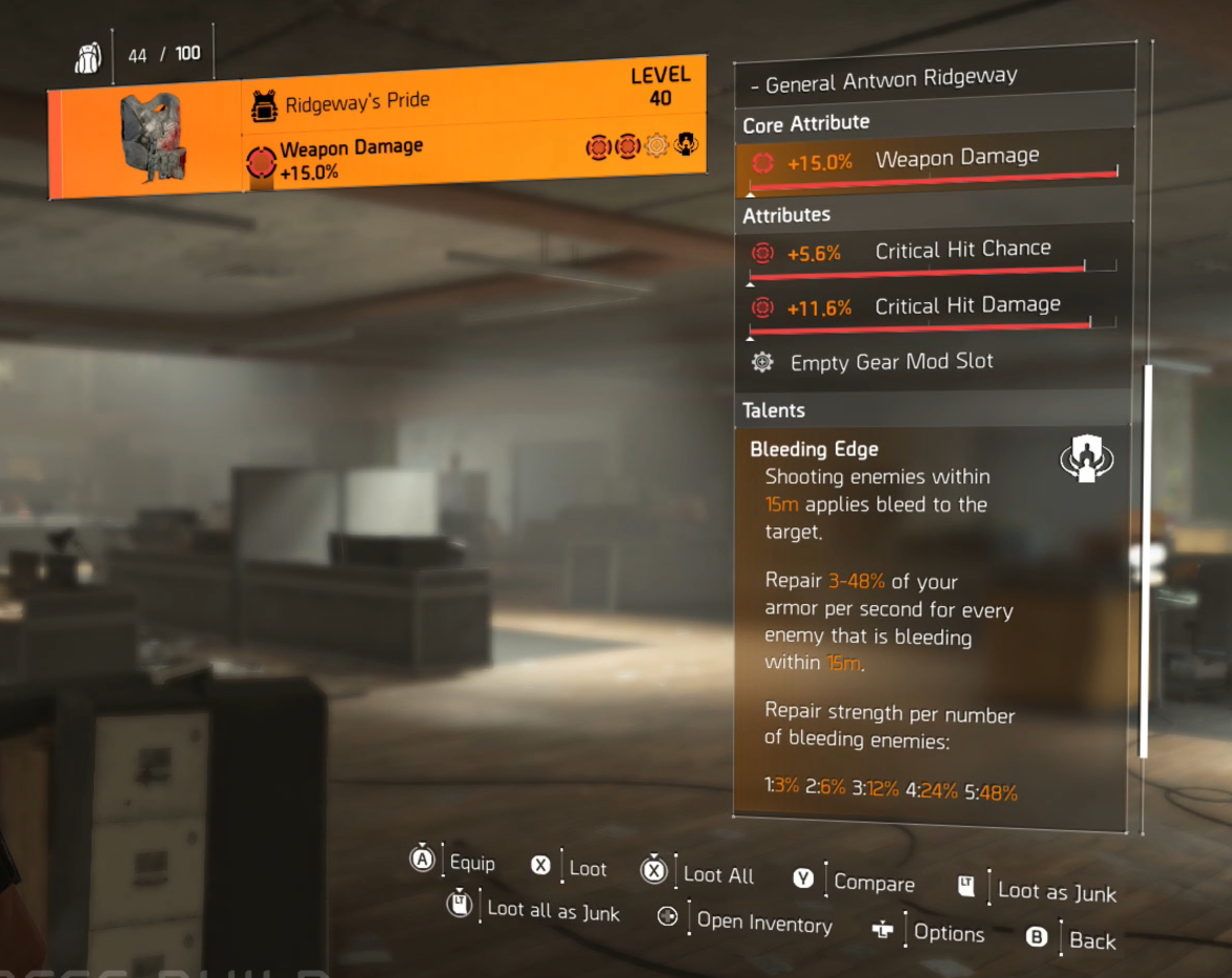 They’ve seen the feedback, that it is not as desirable as it should be, and because if that it was buffed:

The Quest now only requires neutralizing 2 Hunters / Rogues and the items drop based on the floor numbers.

These issues will be fixed with TU 11.1

These are the Targeted Loot changes that apply to the entire game:

Same as before, once we have the official patch notes, and once the title update is live, we’ll let our readers know ASAP.