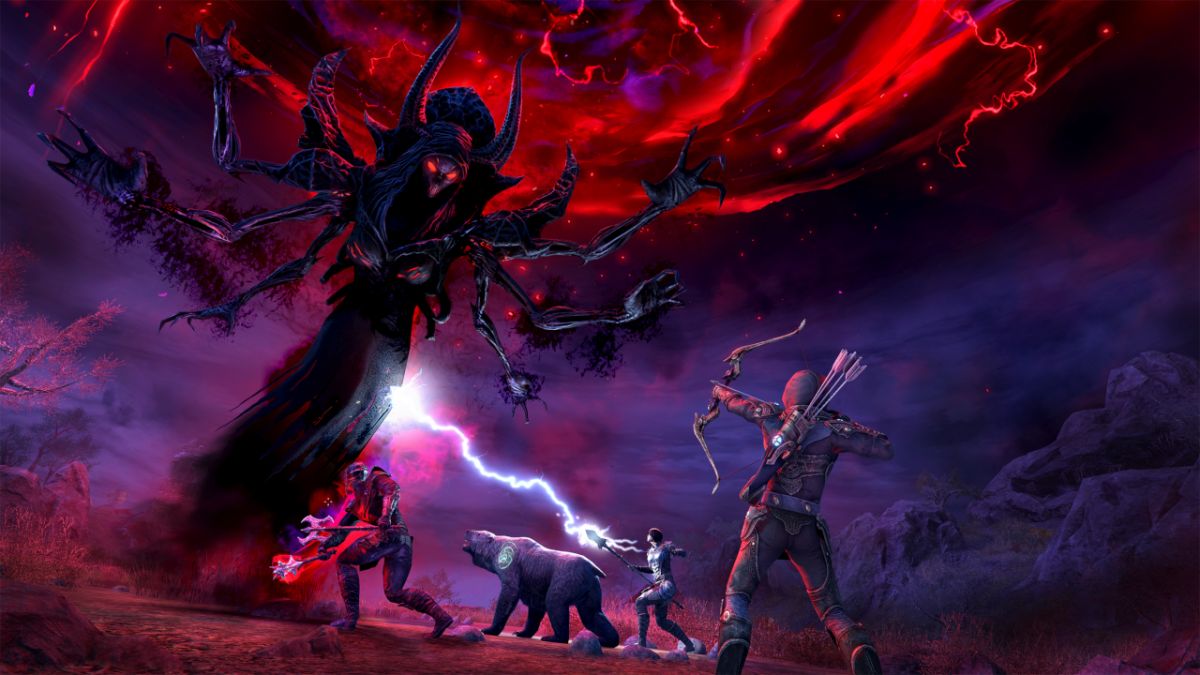 Originally set to go out tomorrow, Bethesda has released The Elder Scrolls Online update 2.10 November 9 patch today! This brings Markarth and Update 28 changes to the game! This is one beefy update and includes notes on the new content, base game changes and loads more. Head on below for the official patch notes.

Welcome to The Elder Scrolls Online v2.10 and the Markarth DLC Game Pack, featuring the epic conclusion of the Dark Heart of Skyrim! Markarth introduces not only the new zone of The Reach, but also adds two world bosses, two delves, and an exciting solo Arena that is sure to challenge you. We’ve also added several new collectibles, item sets, achievements, and titles for you to acquire, in addition to new Antiquities that can only be dug up in The Reach.

We’re excited to introduce Item Set Collections to the base game, a new system to help you find and manage all your item sets, along with increasing the cap for Transmute Crystals! We’re also re-adding group queues back to Battlegrounds and have many bug fixes for the entire game.

We hope you enjoy this latest update, which is approximately 37GB. Enjoy!

MARKARTH DLC GAME PACK
New Zone – The Reach
The epic conclusion of the Dark Heart of Skyrim arrives with the Markarth DLC. The army of Vampires and Werewolves known as the Gray Host has turned its attention to the Reach, searching for an ancient relic of power to aid in their eternal conquest. Will you aid the Reachfolk in their hour of need?From the walled city of Markarth to the Druadach Mountains, from the depths of Blackreach to the River Karth, the Reach beckons and waits to be explored! But darkness lurks below the surface, ready to spread like a plague from the shadows. The Reach needs heroes. Are you prepared to face the Dark Heart of Skyrim one last time?

New Solo Arena – Vateshran Hollows
In the southern Reach there is an ancient cave of the Spiritblood Clan known as Vateshran Hollows. Reachmen from all across the land make their way here and perform the Vateshran Rites to prove themselves worthy of being called Reachmen. Do you have what it takes to venture into the Hollows and face down the nightmares within? Do you have the strength of a Reachman?

New Item Sets
There are a host of new item sets to acquire in this update, sourced from the overland, crafted sets, and a number of new armor and weapons from Vateshran Hollows.

New Furnishings
This update includes more than 40 new plans for Dwarven furnishings in the Markarth style. These can be found across the Reach, alongside the Solitude furnishing plans from Western Skyrim. To make room for these new Dwarven plans while keeping the Solitude plans available at their usual rate, older furnishing plans from other styles are less common than usual in the Reach.

You’ll also find new Markarth-specific achievement furnishings for sale by Tirudilmo, as well as a small selection of Home Goods furnishings from Averio Brassac, both of which can be found in the city of Markarth.

In addition to the usual Antique Map of the Reach, there are two new antiquity furnishings to seek out in the Reach: 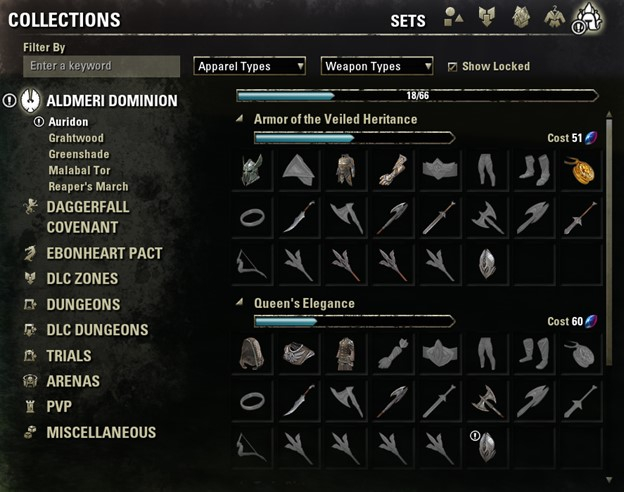 Find and collect ‘em all! With so many Item Sets in ESO, it can be hard to keep track of them all, much less find them. With a new “sticker book” interface in the Collections menu, you can easily see all the Item Sets in the game (not included those that are crafted), where they drop, and even their combat bonuses.

A new way to manage Item Set pieces! No more storing hundreds and hundreds of Item Set pieces on bank alts. Once an Item Set piece has been collected, Transmute Stations will allow you to reconstruct an infinite number of copies of that piece for only a small Transmute Crystal cost or booster materials, depending on the quality.

We’ll be monitoring how Transmute Crystals are obtained and used in the coming months, as well as your feedback, and may make additional adjustments to Transmute Crystal sourcing in the future.

Battlegrounds Updates
In this update, we are testing the re-addition of group queuing to Battlegrounds, where players of group sizes up to 4 can join the queue together and be placed on the same team. Solo players can join this queue, or they can join the solo queue to be matched exclusively with other solo players. With this change, we have also removed specific game types to help promote overall queue health. We’ve also made additional improvements to Battleground matchmaking to help promote better long-term match making.

Character Pathing “Align to Terrain” Option
You can now choose whether a character should Align to Terrain while pathing in your home. This setting is enabled by default and is the behavior you are already familiar with; it does its best to keep pathing characters touching the floor (or whatever may happen to be beneath them.) If you choose to disable this setting, the character will move smoothly from node to node, ignoring obstacles completely. This is intended primarily for flying pets but can be used in other creative ways!

Client Optimization & Stability
In Update 28, we’ve made some improvements to client performance in situations where there are many players using many abilities (e.g. Cyrodiil). These situations are some of the most demanding we have in the game from a performance perspective. Now with optimizations to parallelization, thread contention, and sorting, players in these intense scenarios should see a reduced impact to FPS and therefore a smoother overall experience.

All Major and Minor Buffs and Debuffs have been hard coded to go through server validation sooner and more effectively as cached values, rather than abilities that exist on your character. This new system will also properly ensure that no two same buffs or debuffs can ever stack in effectiveness, rather than needing to be individually spot checked on each application. It will also prioritize duration-based sources rather than permanent ones, so you do not need to fear losing their effects. While doing so, we have also properly reigned in the power of these effects into our Set Bonus Efficiency (SBE) standard; Minor effects are now worth 2 set bonuses (previously between .4 and 4.2) and Major effects are worth 4 (previously between 2.14 and 13.3). The new values can be found below.

Now that these bonuses have been reigned in, we have also made sure to keep item sets in their intended SBE range, so we have done a pass on all sets that source these effects to ensure that. While each of these bonuses is normally worth 2 for Minor and 4 for Major, they are worth .5 less than their original value while sourced on an item set, since they are mainly sourced via the abilities and passives in the game. This ensures if you opt to run a set that grants you a permanent major or minor buff, you’ll gain some extra effectiveness on top of that to ensure they aren’t completely wasted if you gain access to the buff from another source. We have not done a full pass on class abilities since the SBE system is generally meant to be designed for non-abilities; that said, we will keep a close eye on class functionality in PvE and PvP due to these changes.