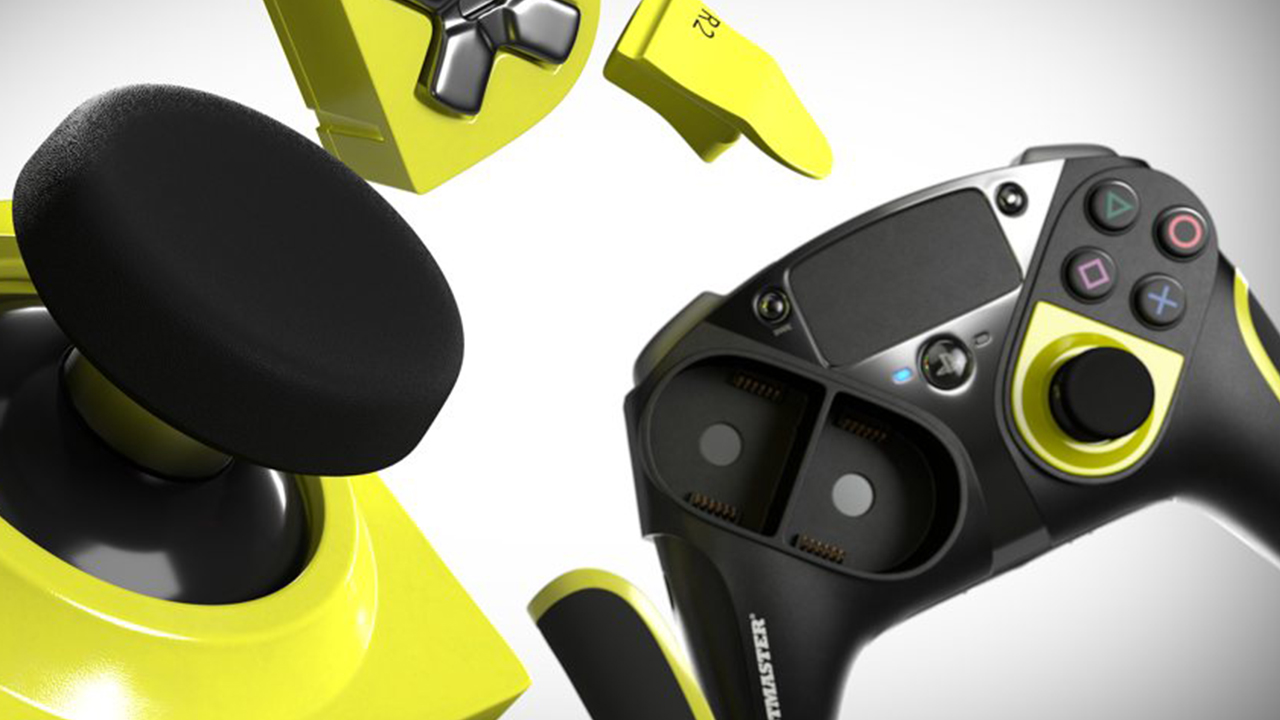 There’s a new customizable PlayStation 4 controller that’ll be hitting the market real soon, and its by the makers of popular flight sticks and racing wheels, Thrustmasters. Officially called the Thurstmaster eSwap Pro Controller, this new controller offers more than just paddles and back buttons. For the full list of features of the Thrustmaster PS4 eSwap controller, check out the video and details below.

You can watch the trailer down below, which will show you all the cool things the controller can do.

The adjustable positioning of the modules on the controller — either right in the middle of a game, or when you’re not playing — lets adapt the right configuration for the best possible fit with players needs, or those of the team.

The controller’s shape and ergonomics have been designed for a perfect fit with all gaming styles: combat, sports, FPS/TPS, battle royale and even RPG.

Flawless responsiveness — thanks to the tact switches incorporated into each module and button — is a must when it comes to boosting your chances of victory.

Responsive clear clicks feeling mechanically increase the sensation of control, so gamers will never have to worry about response times while playing.

DESIGNED FOR THE RANKED

T-MOD modular technology and Hot-Swap feature, for effective in-game performance, gives players the edge they need to react instantly in any situation and improve their rankings.

Personally I’m not a big fan of the design, though the amount of customization certainly helps make up for that. Unfortunately for those (including us) that live in either Americas, we’ll be out of luck as the controller isn’t currently slated for release here, or at least as far as we know. If you do want an alternative, for those living in the America regions then we can only suggest you look into a SCUF controller, or possibly other third parties. Thrustmaster eSwap Pro controller for the PlayStation 4 will be the third officially licensed by PlayStation controller to hit the market, the other two being by Nacon and Razor. PlayStation themselves have yet to officially release one developed by themselves, which is why we have so many official third party controllers.

Thrustmaster PlayStation eSwap Pro Controller will be launching on November 5, 2020. If you want to pre-order it right now, you can visit their official website here to find which local retailer will be selling them. It will only be available in the current markets on November 5:  Europe, Africa, Middle-East , Russia , India and Oceania.