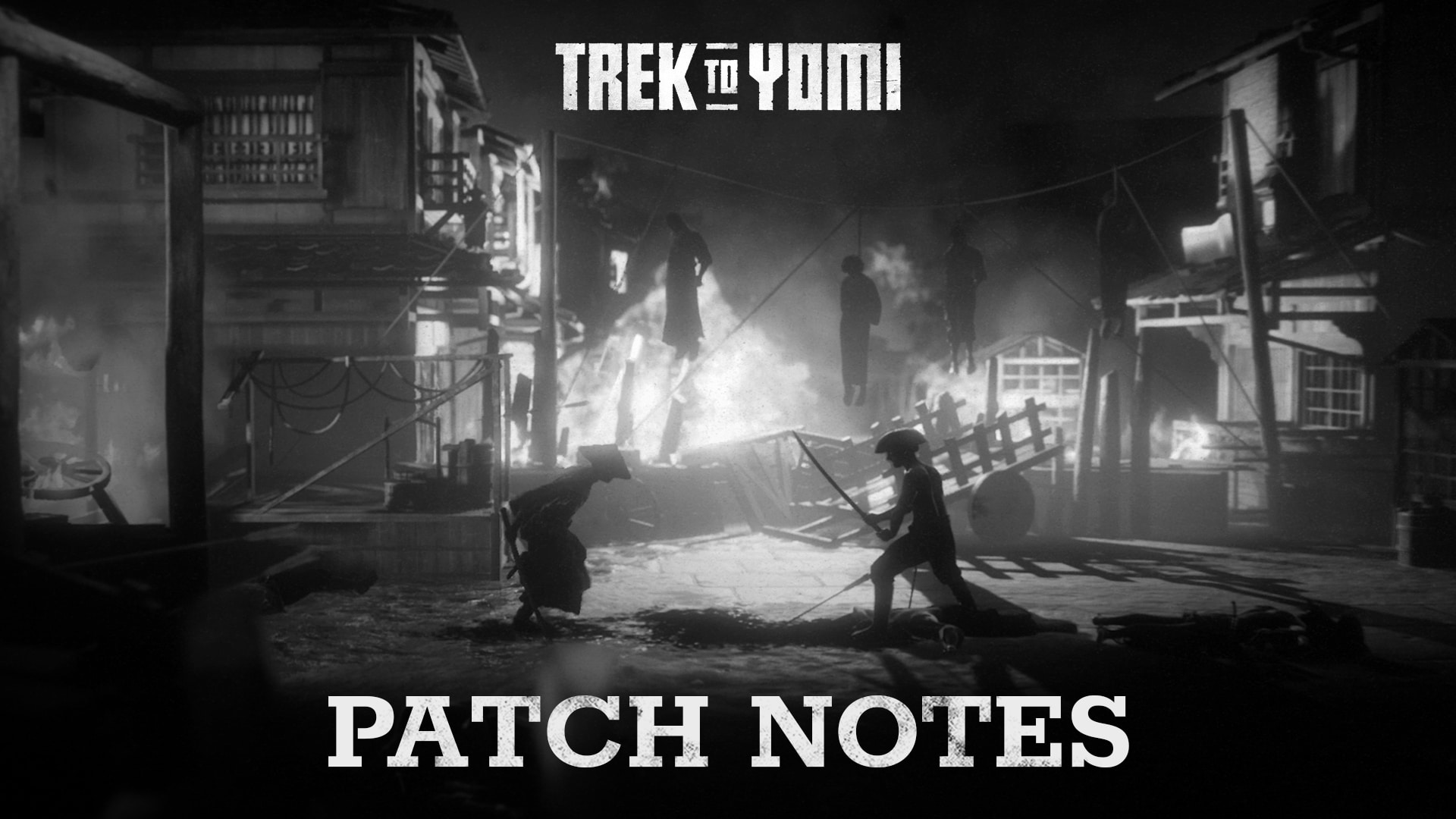 Flyying Wild Hog has slashed out the Trek to Yomi update 1.07 (PS5 version  1.007) which is tagged as Patch 2, and includes changes to the combat system and more! Read on for the Trek to Yomi June 6 patch notes.

Improvements to the Counter/Parry tutorial part were made:

– Time stops and the tutorial pauses again, for the moment of the 1st successful Counter

– Some of the enemies’ initial attacks were slightly slowed down, to increase the chance of a player’s reaction

[*] Fixed timings of some animations

[*] Player now can use a double counterattack

[*] Fixed issue with NPCs collapsing if certain conditions are met

[*] Fixed issue with losing health and stamina upgrades after saving

[*] Adjustments to Sadatame in chapter 5 were made

[*] Fixed a glitch with NPC in cages in chapter 4

[*] Fixed an issue with puzzles in chapter 5 and chapter 6

[*] Improvements to UI in the inventory menu

[*] Fixed an issue with skipping dialogues with a few NPCs

[*] Fixed a bug with hiding a katana while attacking enemies