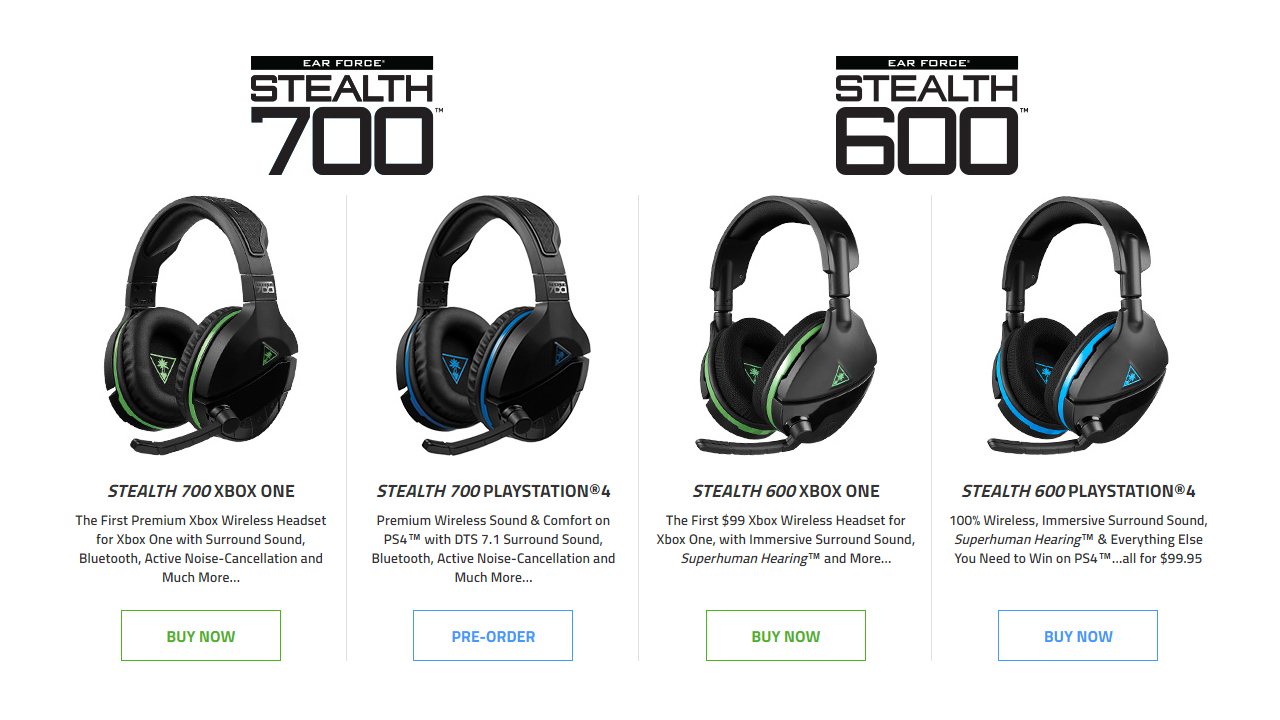 The Turtle Beach Stealth 700 & Stealth 600 wireless headsets have just been announced. Priced at $99 and $149, respectively, this pair of headsets aim to “redefine what gamers should expect from a wireless gaming headset” at these price points.

Xbox One users will be impressed to hear that Turtle Beach’s new headsets are the first in the world to use Microsoft’s Xbox Wireless technology to connect directly to the console, just like the Xbox Wireless Controller. “No wires, no base station, and no adapter needed. When paired directly to Xbox One, gamers simply need to turn on their headset and start playing.”

These headsets boasts a lot of other features, too. Here’s the complete list:

You can pick up the Stealth 600 for both Xbox One and PS4, as well as the Stealth 700 for Xbox One, right now online or at participating retailers. The Stealth 700 PS4 version is set to release later on September 24.

I’ve always loved the “mic monitoring” feature. What do you make of the Turtle Beach Stealth 700 and Stealth 600?