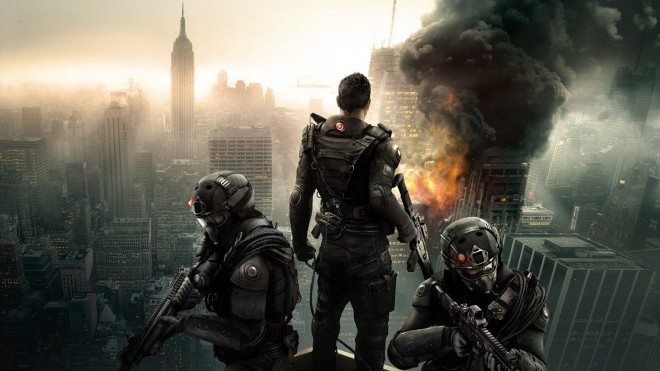 Early last year, we learned that developer Ubisoft was hitting the breaks on a project that was then called Rainbow Six Patriots, a new tactical shooter that was to be the next installment in the popular Rainbow Six franchise.

The studio made it clear that it wasn’t quite dead, however, and that it was just being “remade,” and during Ubisoft’s E3 2014 press conference earlier this month, we learned exactly what it was being remade into: Rainbow Six Siege. The team showed off an over six-minute long gameplay demo that introduced some of the title’s newest ideas with a specific focus on multiplayer gameplay.

But why such a drastic departure from the Heavy-Rain-inspired sequences and near future tech shown off in Patriot’s target gameplay demo all the way back in 2012, and why the cancellation in the first place? RockPaperShotgun asked Ubisoft technical artist Oliver Couture.

“To be completely transparent, I worked on Patriots – on Rainbow Six for three-and-a-half years – and Patriots was old-gen. Xbox 360 and PS3,” he answered. “Next-gen consoles were just around the corner, and we were like, ‘OK, we want to also have a next-gen experience. What can we do for that?’ We were trying stuff out with destruction technology, and we realized destruction really changes the game. We tried to see how it could fit with old-gen, but it just didn’t work out. So for us it was just a better solution to clean the slate, reset, and make what’s best for the players.

“We’ve been working hard for the past year-and-a-half [on Siege].”

Patriot’s demo was clearly focused on the game’s innovative single player elements. RPS asked if any of what we saw back then might appear in one form or another in Siege’s single player experience. According to Couture, “The scope of the single-player is not completely clear yet.”

“We know that single-player is also an important part of the Rainbow Six experience,” he said. “We understand that while this year we showed multiplayer – because we want to have fun playing against each other internally, it’s a good test to know if a game is fun – but we are 100 percent aware that single-player is a big part. We’re currently working on that too.”

“The scope of the single-player is not completely clear yet, so I cannot really elaborate on it. All I know is that the message we have on the production floor is like, ‘All the comments online, people are always talking about single-player. So we’re gonna have something for them.’ But I can’t say if it will be more cinematic [like Patriots was] yet.”

It sounds like things are still early in the production stages, so it might be a while until we hear more from the Rainbow team at Ubisoft. Are you interested to learn more about Siege’s single player campaign, or do you just want to dive into more multiplayer details?

For more on Rainbow Six Siege, keep your sights locked on MP1st.